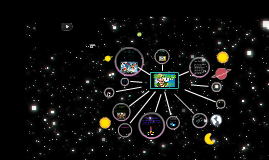 Transcript: Over Georgia Gift shops Guest Inn, Wingate and Sleep Inn Both hotels are 0.6 Miles away from the park. Other Information Cost of Admittance Six Flags Ramps Bathrooms Hotels Near By Special Packages Adults/Seniors: 56.99 Kids: 39.99 Car parking: 20.00 Closed from November to December. June open 10:30 to 8 and in July it was open 10:30 to 9. Season passes: 49.99 each when you buy 4 or more passes plus one free parking pass. Description Fulton County Airport Brown Field 3.8 Miles from the Amusement park. Services for special needs Nearest Airport You need to rent a baby stroller. Also you need cash we have many ATM posted around the park. We are prepared to make your day a good one. Also have a family-friendly manner. No line jumping,profanity,and unruly behavior. Smoke in designated areas only.No pets or outside food or drinks is permitted in the park. History Made in 2007 Located in the Pomade at the main entrance guest relations is always happy to answer questions about the park, rides, policies or just general knowledge. Days of Operations Contact Information Mon Stone, Scorcher Cort, Six Flags Photo too Attittudes, Caricature Artists, Goalicth Gifts, Antique Photos,Glad Hatter, Plush and Stuff, Big Top, Emperors Brim. 275 Riverside Parkway Austell, GA 30168 Phone Number: (770)739-3400 Website: www.Sixflags.com/over Georgia Dining/Food Services Primos Pizzeria, Ben and Jerrys, old south Confectionery, Scorcher Hot Dogs, Dees Jays Diner, daddy's Os, Dippen Dots, Mix it up, Panda Express, Big Mos, 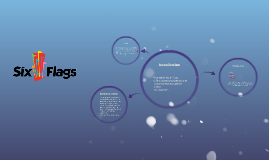 Transcript: “"At Six Flags, our mission is to surround the best rides in the world with entertainment from the fields of music, theater, sports, film and television. We want to be about more than rides -- Six Flags must be about a wider, more fulfilling experience.” Take care of local community Snickers Henkel Got2be Dubailand Introduction Founded 1962 in Texas 27000 seasonal employees and a revenue that surpasses 1 billion 25 properties The six flags on the logo were symbolizing the 6 nations that concurred Texas each flag corresponds to a theme in the texas park “While going to Six Flags, it is playtime.” mission & values Partnerships Brand Together the companies in the partnership create promotions and events in order to get a win-win situation out of this. 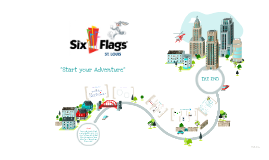 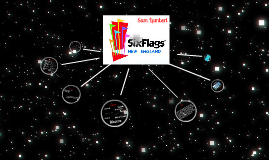 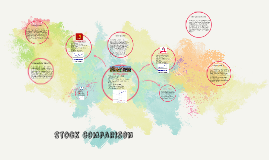 Transcript: #1- In this article it says that McDonalds was fined $650,000. They were fined this money for Beijing’s biggest-ever pollution fine for releasing dirty dirty waste water. #2- In this news release it says that McDonald's has the worst burgers. It was rated 5.8 on a scale to ten. The next least was 6.6 leaving them in last by 1.2. If I were to invest in one of these stocks it would be Wendy's. I would do this because people are already satisfied with the products. Also in the past year the price of the stock has almost doubled. In the past year McDonald's has only raised $2 from an already high stock price. So not only is the trend better but the people like it better. So investing in Wendy's would give me a better return on my money. 1) They are in the food and entertainment. 2) General entertainment 3) The headquarters is located in Sandusky, OH. 4) They have 2,000 employes 5) They have sold $3,362,631 in the past three years. 6) The net income in the past three years is $314,276. 1) They are in the food and amusement park. 2)They are in general entertainment 3) Head quarters located in Grand Prairie, TX 4) Six flags has 1,900 5) Total sale = $3,098,708 6)Net income= $560,509 #1- In this article it talks about adding safe attractions to their park. They will ad Broadway shows and more plays throughout the park. These were put in so when you aren't on a ride you still can enjoy your time. #2- This article talks about a problem Cedar Fair had with a cable for a ride. This problem resulted and two people hurt and many in shock. 1) McDonalds sells fast food to people all over the world. 2)It is in the fast food industry 3)McDonalds Corporation is located in Oak Brook, Illinois. 4) McDonalds has 420,000 full time employes. 5) Total Sale= $83,114,000 6) Net income= $15,808,500 McDonalds(MCD) McDonald's vs. Wendy's #1- In this article its shows the new product the Jalapeno Fresco Spicy Chicken Sandwich and Ghost Pepper Fries. With this product they are trying to draw in more people that like spice food. #2- Wendy's and Honest Tea Bring Exclusive Real-Brewed, Organic Green Tea to Wendy's Restaurants Nationwide. The Tropical Green Tea blend gives Wendy's customers an organic beverage option that can only be enjoyed at the convenience of your local Wendy's. McDonald's News I would rather invest in is Six Flags. The stock price of Six Flags has rose $7 in the past year and Cedar Fair stock has only produced $.50. Six Flags may have a little more safety problems, but people are still going to the parks and having fun. I would invest in Six Flags because they are going up and Cedar Fair has been at a stand still or little gain for a long time. Six Flags vs. Cedar Fair #1- This article is about the death of a women on a ride at Six Flags. This women died do to failure of a roller coaster car. This could cause problems for them because people might not go now because they are concerned that this might happen again. #2- Twisted Colossus: New Hybrid Coaster in 2015,park introducing new record-breaking roller coaster.Twisted Colossus will set a record as the longest hybrid coaster in the world, offering a four-minute ride experience on nearly 5,000 feet of track. This will draw people from all over the world. Stock comparison Six Flags(SIX) 1) Wendy's is a fast food company 2) They are also in they fast food industry like McDonalds 3) Wendy's corporation is located in Dublin, Ohio 4) Wendy's have 31,200 employes 5) Total Sales= 47,053,715 6) Total net Income= $174,004 Cedar Fair News Wendy's News Cedar Fair(FUN) Six Flags News Wendy's(WEN) 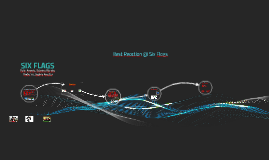 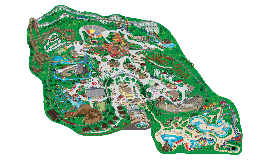 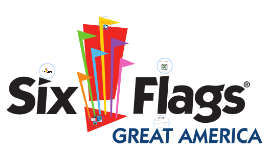 Transcript: Six Flags is one of the largest parks in the country. Six Flags was found in 1961 and it was found by Angus G. Wynne. The park is split into different sections, such as a Mexico section with rides to that theme. The Six Flags company owns 18 parks. 16 in U.S., one in Mexico and one in Canada. Six Flags has a 20 acre water park and 14 roller coasters. The latest ride added in Six Flags was the SkyScreamer which features a 236-foot drop Kingda Ka is found in the Six Flags in New Jersey The roller coaster goes 0 to 128 mph in 3.5 seconds. The Duration of this ride is only 59 seconds with a length of 3,118 ft! Credits https://www.sixflags.com/greatadventure/info/parkinfo.aspx http://topics.nytimes.com/top/news/business/companies/six-flags-entertainment-corporation/index.html http://traveltips.usatoday.com/six-flags-theme-park-background-information-59341.html http://en.wikipedia.org/wiki/Six_Flags http://www.sixflags.com/greatadventure/rides/kingdaka.aspx Kingda Ka Map of Six Flags FACTS