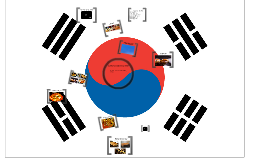 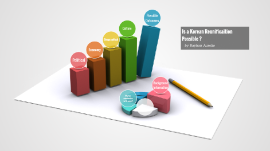 Transcript: by Rayhan Aurelio Is a Korean Reunificaition Possible ? Background Information How did Korea split into two in the first place ? Aftermath of WW2 Post World War 2 - After the Japanese was defeated in 1945, Japan lost all of it's conquered territories including Korea (this is known as The Postdam Declaration). - The United Nation then decided that Korea will be splitted into two, the Northern part given to Soviet hands, while the Southern part was given to the United States. They were devided by the line also known as the 38th parallel. The Korean war - The Cold War started in 1947, after the rising tensions between the US (and it's allies) and the Soviets to show who was more powerful (communism or capitalism). The Cold War - Instead of fighting the USSR directly, the US would fight in proxy wars against the Soviets in numerous countries like Afghanistan, Vietnam, and Korea. The Korean War -On June 1950, under Stalin's command to Kim Il Sung, the North Korean began to invade the South which started the Korean War -Due to lacking in military funding of the South, the North easily took most parts of present day South Korea. -On July, the US aided the South and expanded it's territory all the way up to the Yalu river. -The Chinese feeling threatened by the war happening near their soil aided the North and pushed back the United States back down south. -Once the south is pushed back to the 38th parallel, peace talks start to occur between the nations, but nothing came out of it and only a cease fire was signed. Why has reunification yet to occur ? Why has reunification yet to occur ? Political reasons Political -North Korea has strong backing with their former Soviet neighbors which are Russia and China Allies Allies -South Korea has strong backing with countries formerly in the Allies side of World War 2 mainly the United States. -Given this, the background political ideologies of both nations already greatly differ. -North Korean's current leader Kim Jong Un is infamously known for being anxious on his power status. This is shown when he had reportedly executed his uncle Jang Song-Thaek in 2013 and his half brother Kim Jong Nam in early 2017 over the fear of being overpowered. Power Anxiety Power Anxiety Economy Economy -The South Koreans adopted the free market capitalist economy, closer to a Western ideology economy. Economic differences in both nations Economic differences in both nations -Meanwhile, the North officially adopted a socialist economy, however their economy is closer to a totalitarian dictatorship, due to it's heavy reliance on command economy. Unsurprisingly, due to this difference in the market system the South had managed to surpass the North by a huge margin. Who's better than who ? Who's better than who ? The Miracle of the Han River The Miracle of the Han River -The miracle of the Han river occured during 1961-1997, in which South Korea's economy increased tremendously, thus turning it from a developing country to a developed one. What is this miracle ? What is this miracle ? -This is mainly influenced by South Korea succesfuly hosting it's 1988 Summer Olympics, and the rise of large family conglomerates like LG, Samsung, and Hyundai. Cost of Reunification Cost of Reunification - Suppose South and North Korea were to reunite today, it would cost South Korea from 1 trillion to 4 trillion USD, depending on if they were able to retake the North peacefully or using war. In contrast, South Korea's current GDP is 1.4 trillion USD. How much would it cost ? How much would it cost ? - Reunification would also cost at least a decrease of 10,000 USD in GDP per capita of South Korea. Source: https://www.forbes.com/2010/03/15/north-south-korea-asia-reunite-opinions-contributors-charles-wolf-jr.html#3ea3a23477f1 It is important to also realize that there are also benefits of reunification for South Korea for them to spend a lot of money on reunifying. Benefits of Reunification Benefits of Reunification -What people might not have realized is that North Korea can actually be a rich nation if they wanted to. This is due to their natural resources including iron, gold, magnesite, zinc, copper, limestone, molybdenum and graphite that is nearly worth $6 trillion USD. This might make reunification a worthy investment to the South. Natural Resources Natural Resources - A lot of South Korean companies might see a benefit of reunification by the means of cheaper labor. If North Korea were to rejoin the South into a unified Korea, their status would be equivalent to that of a developing country which would result in cheaper labor. This may cause some companies to outsource their factories to the Northern part of Korea instead of abroad like to China. This would also increase employment rate in the country. Cheaper Labor Cheaper Labor Geogrpahical Geographical - North Korea acts as a hub to both China and Russia to South Korea a United States ally. Traditional Fear Traditional Fear -If North Korea gets liberated 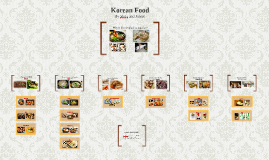 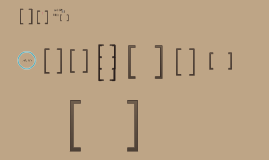 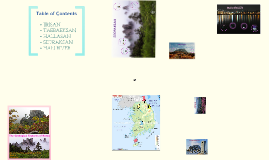 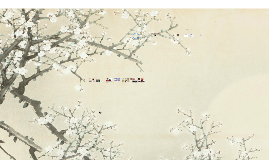 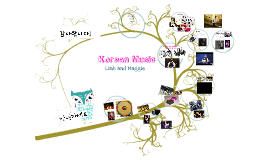 Transcript: Korean Music Origins of Rock music in Korea Developed after the Korean War until 1975 Declined in the period of 1980s and 1980s Under the influence of K-pop Pungmul (Nongak) Pansori Rock 1. Music and appearance 2. Fan obsession 3. Training 4. Corruption Criticisms Hip-Hop Linh and Maggie K-Pop 1. K-pop as a music genres and its development to a popular culture 2. The Korean wave 3. The Industry 4. Fandom Its expansion in the mid-90’s Korean Hip-Hop imbedded to the mainstream Korean music The scenes of B-boying and Freesstyle Rap Pungmul (Nongak) History of Korean Folk Music Korean Mainstream Popular Music 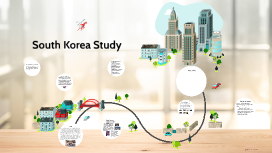 Transcript: South Korea Study 10 things I would do in south Korea What festivals do south Korea have? independence day, Christmas, new years day, Children's day, Buddha's birthday, Memorial day, National foundation day, Hangeul day Try the traditional street food Check out the museums and see the history behind it all Go to the theme/amusement park (lotte world) Use the subway to check out the different cities check out what gangnam (city in Korea) is really like See the view from the Seoul tower Shop Have a look at the cat cafe Try a fancy restaurant walk along the Cheonggyecheon Stream About BTS Describe the south Korean flag From my research I discovered that the three bars in the top left corner symbolize heaven. The bars in the lower left symbolizes fire, and the one in the upper right symbolizes water. And the last bars in the lower right symbolizes earth. the white background represents peace and the yin-yang represents the universe the red represents the positive cosmic forces and the blue represents the negative cosmic forces. And the flag was adopted on January 25 1950 but there so many other different dates too Flora of south Korea What are some famous landmarks or places are in this country? some of the native plants are Maple,Oak,apple, peach,apricot and plum the famous landmarks in South Korea are Changdeo Kgung palace, Haeinsa Temple, Kyongbok Palace,Mt. Sorak, Popchusa Temple, Pulguksa Temple, Sokkuram at Bulguksa Temple. They are also one of the most visited places in South Korea. Fauna of south Korea Kyongbok Palace Haeinsa Temple Changdeo Kgung Palace Mt.Sorak some of the native animals are tigers,bears,lynx,deers and bears basically lots of animals and plants we have today. Pulguksa Temple Popchusa Temple Sokkuram at Bulguksa Temple Three famous people of south Korea Psy wrote a hit single gangnam style also won the 2012 best music video on YouTube now he continues to write songs K-pop Lee Chang-hwan is a professional archer and received a gold medal in the 2006 asian games now he practes for the next games in hope for a gold medal Son Yeon Jae is a awesome gymnast she is a member of the national south korean gymnast team she is 2014 asian games champion as she won a bronze medal K-pop, also known as Korean Popular Music is known for its catchy melodies, impressive dance moves, cool and colourful music videos, and very polished group members. In the last ten years, K-pop has been getting very popular globally. However, K-pop dates back to the 1950s, when Korean music started getting influenced by Western music and pop groups. Modern K-pop emerged when the trio 서태지 and Boys first performed on a talent show. This led to the formation of big entertainment companies such as SM Entertainment, JYP Entertainment, and YG Entertainment. The first idol group to debut was SM's H.O.T. Some of the popular groups from the last decade include Girls Generation, Big Bang, Wonder Girls, EXO, BTS, Twice, and BlackPink. design by Dóri Sirály for Prezi