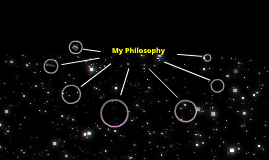 Transcript: I have been born and raised a Christian, and believe that there is a divine being that played some role in life. I like the idea of a democracy, I think the leaders should be elected by the people, and have less control over people in their country. My Philosophy God Government 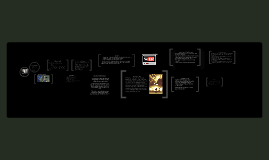 Transcript: Autonomy Autonomous- Acting independently or having the freedom to do so. Autonomy is the key to Kant’s theories on Ethics Kant was influenced by ideals of Rousseau - Freedom consists by being bound to laws that are ones on creation. - Laws that someone follow are made from themselves and are not influenced things outside of our own mind. Relations to Kant Paul Edgecomb: “On the day of my judgment, when I stand before God, and He asks me why did I kill one of his true miracles, what am I gonna say? That it was my job? My job?” Brutus Howell: “ You have to say it. You have to give the order.” Quote Analysis: Paul Edgecomb Prison Guard Paul Edgecomb asks that of the death row inmate John Coffey It questions the line between right and wrong; should a man be killed because he killed in the past? If that’s true shouldn’t Paul be held to the same? How can laws ever hope to cover every morale standard? Is Duty to the law enough justification to kill? Quote Analysis: Brutus Howell The order refereed to here is the order to kill John Coffey. Brutus tries to take emotions out of John Coffey’s execution by boldly declaring that it is in accordance with the law. The guards of the prison are duty bound to execute death row prisoners according to the schedule. However, does that duty supersede human rights,? How can one cast all inclinations to the side? Concluding Questions If all humans are free and therefore autonomous: Is Morality based upon individual perspective, and not as universal as Kant suggests? Is upholding the laws of your country the same as being a Morale and Ethical person? Is it possible to declare anything as wholly Morale and wholly Ethical? Or will there always be questions lingering in actions taken? What do you believe? If killing is unjust and immoral; how can punishing a killer with death be less of a moral crime? http://www.youtube.com/watch?v=LNBieXXV8NI - 1724- 1804 - Professor of Philosophy at Konigsberg, Prussia - Research - Lecture - Writing - Sharp contrast to skepticism and empiricist philosohpy - Sound arguments against Descartes, Berkeley, and Hume. - Considered by many the greatest philosopher since Plato and Aristotle. Origin of Thoughts.......... ...Categorical Imperative Kant’s fundamental principle of our moral duties Imperative: A command such as, “do this” Commands help us to exercise our will in a specific way Lets society understand which actions are obligatory and which are forbidden What we “ought” to do Hypothetical Imperative Three Categorical Imperatives “Act only in accordance with that maxim through which you can at the same time will that it become a universal law” “"Act in such a way that you always treat humanity, whether in your own person or in the person of any other, never simply as a means, but always at the same time as an end.“ "All maxims as proceeding from our own [hypothetical] making of law ought to harmonize with a possible kingdom of ends." Immanuel Kant Dan Kane Pat Byer Jared Young The Green Mile The story of guards at Cold Mountain Petitionary, Death Row. The guards lives unexpectedly change when they meet a new man condemned to death at their prison, John Coffey. Coffey has the power to heal and has proven to the guards that he is innocent of the crimes. Their choice now is whether to follow their emotions and save Coffey or adhere to their Job and execute a truly remarkable human being. Concept of Ethics... What is the definition? Deontology Morality -What is good? -What is bad? -From the Greek word dein, meaning duty. -Kant: Reason also has a practical side - Contrast to Rousseau -Kant: Morality is independent from society. Key to Kant’s Moral Philosophy: - Morality consists solely of rational principles -Inclinations - Personal feelings, desires, emotions, ambitions Who was Kant? Everyday Ethics -Meta -Normative Ethics -Applied Ethics 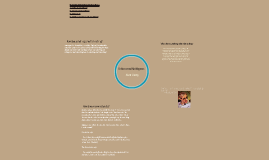 Transcript: "What if nothing exists and we're all in somebody's dream?" - Woody Allen Why expect something rather than nothing? No experiment could support the hypothesis "There is nothing". For instance, many feel that whoever asserts the existence of something has the burden of proof. If an astronomer says there is water at the south pole of the Moon, then it is up to him to provide data in support of the supposed water, or if they find an alien, few would believe him/her unless the provided evidence Some argue that the world was started by a "big bang", but where did it come from? Some say that god created the world from nothing, but where did god come from? If only something can from some something, and nothing can come from nothing, how can something come from nothing? do our 5 senses tell us what is real and what is not? if that's the case then does the soul and mind exist? do thoughts exist? does love exist? do emotions exist? or is it our mind that tells us what exists? but if this is the case then lets take for example colors, you might say the same thing about colors: if no one sees them, then they can't really exist. Suppose a tree falls in the forest but there's no one there to hear it. Does it make a sound? One answer says: Yes, it does make a sound: because sound is physical, perhaps some wave patterns in the air. Those wave patterns exist even if no one's there to hear them. (idealism) The other answer says: No, a sound is essentially something that has to be experienced. If no one hears it, then it can't be a sound. (materialism) http://www.slate.com/articles/health_and_science/the_spectator/2012/07/jim_holt_s_why_does_the_world_exist_an_inquiry_into_why_there_is_something_rather_than_nothing_.html http://plato.stanford.edu/entries/nothingness/ http://www.iep.utm.edu/ http://www.jimpryor.net/teaching/courses/intro/notes/dualism.html Existence and Nothingness How do we know what exists? Why is there something rather than nothing? Alex Liang How does something come from nothing? 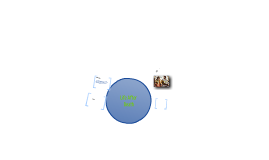 Transcript: Introduction Life After Death Plato was a dualist and a rationalist Essentially he believed that the physical world that we inhabit, and the "spiritual" world are two separate things (hence the dualism), and that the only true knowledge was using reason (hence the rationalist). Plato & Life After Death Subject 3 And one more thing... Life after death concerns itself with the belief life continues in some fashion post mortem. This can occur in many different ways with resurrection and rebirth to just name a couple