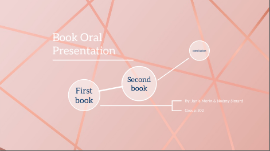 Transcript: Group: 502 Book Oral Presentation By: Janie Morin & Noémy Simard Calendar Girl First book Brief Summary it's the story of a girl who need to be escort for a while because she needs to pay a debt of her father and she fallow her during one year I choose this book because I heard about it and people I was hearing were saying that it was a good book and that the story was very interesting. Description of my favorite character My favorite character is Mia, she's the main character of the book and I like her because she's very courageous and enclearing. You are a badass how to stop doubting about yout greatness and start living an awesome life Second book Brief Summary * Refreshingly guide about ourselves, world-traveling, success coach, advices, inspiring story. * After read this book you'll understand why you are who you are ( or most of it) , how to change what you don't love and how to use some serious force to kick some serious "goals". favorite character In this book there is not a lot of character the only person present in the book is the author Jen Sincero. Now I need to say that I kind of have it like a model because of all her stories and advice that keeps telling us in this page. I would'nt mind to have Jen for best friend, because I am sure that with all the experience she have she would be able to without necessairely theaching me but make me understand some advices and guiding me. * stay open or else you are screwed, if you want to live a life you never lived, you need to do things you've never done. Nice moments Believe that we lived in a world of limitless possibilities At the beginning it may feel like you're lying to yourself, but the truth is, you're living the lie, so the affirmations get you back to the truth. Love yourself, unless you have a better idea. Love yourself, more than you love your drama conclusion conclusion Thank you ! Do you have any questions? 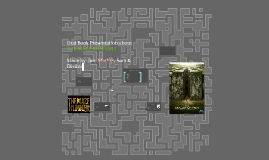 Transcript: James Dashner United States 1972 First book 2003 ( The Maze runner 2009 ) Headlines - Friendship - Apocalypse - Order vs Chaos Personages Table of contents Themes 1. Why? 2. Author 3. Headlines 4. Personages 5. Themes 6. Scene 7. Conclusion Oral Book Presentation about THE MAZE RUNNER I Made by: Jan, Mathijs, Sam & Dennis Author Main character: Thomas: He arrives in the Glade with no knowledge of who he was. Supporting characters: Alby: The leader of the Gladers. Newt: Newt befriends Thomas early on. Minho: One of the first Gladers. Teresa: A teenage girl who mysteriously arrives in the Glade the day after Thomas. Gally: An arrogant boy who bullies Thomas on his first day in the Glade. NOW WE ARE GOING TO WATCH A MOVIE The beginning The Maze Index 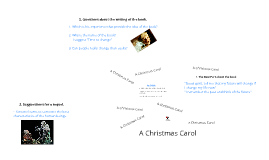 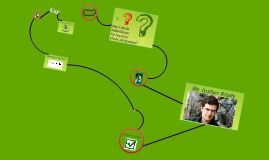 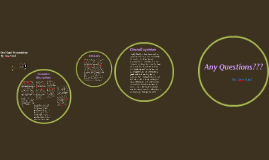 Transcript: Nia- Aaron's girlfriend, and the girl Craig is first in love with. She is very pretty, and also got accepted into pre-professial. She is also depressed like Craig, and takes similar medication to him. But she doesn't experience depression as bad as Craig does. Ned Vizzini suffered from very severe depression in his very early 20's. One of his early essays appeared in Time Magazine, called "Teen Angst? Nah!". Later that column turned into a book, that was published. He lived in the Park Slope neighborhood of Brooklyn in New York City. He attended Stuyvesant High School in Manhattan, graduating in 1999. Vizzini's characters and situations are said to be based upon his time spent at Stuyvesant. As a big theme in a lot of his books, he ended up killing himself, jumping from a window and dying in a so called suicide. He died at age 32 only releasing 3 books. Oral Book Presentation By Jace Ford Summary Aaron- Aaron is Craigs best friend and the boyfriend of Nia. Aaron also got accepted into pre-professional. After learning of Craig's admission into the hospital, Aaron doesn't take it to well and Craig and him get into a fight. But later he apologizes for the way he misbehaved. Craig thinks Aaron is good at everything. I read the book It's Kind Of A Funny Story by Ned Vizzini, this book really captured my attention by going from serious to very sarcastic. Not being too depressing, kind of like what Shakespeare did in Romeo and Juliet. Having a serious scene and then a comic scene the next one. This book is filled with laughs and serious moments. Follow me for more!! Introduction Any Questions??? Author Background By Jace Ford Noelle- A patient at the hospital that Craig forms a strong bond with. Like Craig, Noelle broke under the pressure and became very stressed, leading to her depression. Unlike Craig however, she was pressured by boys. She cut her face with scissor's and was admitted into the hospital for self-harm. Her and Craig eventually grow to have feelings for eachother. I really liked this book because the author wasn't afraid to connect with the reader, and made it easy to connect to him. Learning about the author really made me enjoy the book even more, knowing that this book isn't made up and it came from his past experiences. My criteria for a good book is it has to grab my attention from the beginning, or else I will not be able to keep reading the story. I like books with a little comic taste in it, in this defiantly met that criteria. If you like books based on true characters and that will make you weirdly laugh. Pick up this book. Overall opinion This book goes into the life of kid named Craig Gilner and how he struggles with everyday life because of the new school he goes, and all of the work it comes with. He has to deal with falling in love with his best friend Aaron's girlfriend Nia. Nia struggles with the same depression problem as Craig just not as clinical. But back to Craig, his mental problems get so bad that he ends up calling a suicide hotline that persuades him from riding his bike to the Brooklyn Bridge and jumping off. Instead he checks himself into a hospital. Here he makes tons of new friends, and learns many life lessons. If you want to know what happens to him in the hospital and how he deals with his depression you will just have to read it which I strongly recommend all of you do!! Bobby- One of the mental patient's in the hospital. Bobby and Craig form a quick bond and Craig looks up to him, almost like a mentor. Bobby end's up getting a job, after Craig let's him borrow one of his shirts to wear to a job interview. Character Descriptions Craig Gilner - Craig Gilner is 15 year's old, and suffer's from depression. He started having symptom's a few weeks after starting high school at Executive Pre-Professional, a very elite school. The school's intense academic pressure combined with his love for his best friend Aaron's girlfriend Nia, caused him much stress. After going to countless doctors and therapist's he stop's taking his medication and his suicidal thought's become greater to the point he contemplated jumping off the Brooklyn bridge. He then check's himself into a hospital and makes many great discoveries. 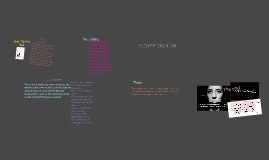 Transcript: Clean -By Amy Reed Authors description Olivia, Kelly, Christopher, Jason, and Eva have one thing in common: They’re addicts. Addicts who have hit rock bottom and been stuck together in rehab to face their problems, face sobriety, and face themselves. None of them wants to be there. None of them wants to confront the truths about their pasts. And they certainly don’t want to share their darkest secrets and most desperate fears with a room of strangers. But they’ll all have to deal with themselves and one another if they want to learn how to live. Because when you get that high, there’s nowhere to go but down, down, down. Characters There is not really one main character the way the author wrote the book she split the characters up so you knew what was happening to each of the characters at all points and what they were feeling Olivia - she is different from the rest of the characters... Kelly - Is the ''Pretty" one... Christopher- he is the goody toe shoes and mommy's boy of the group ... Jason- is the "Tough "and not very emotional one ... Eva-The weird one ... Shirley-The not so perfect group worker Plot / Setting The book happens in rehab and all the characters trying to stop doing whatever they were on but threw the book it turned out to be so much more they had to learn and do they all had battles with in them selves ... Theme The theme of this book is one change is possible in anyone and second asking for help is okay its okay not to be okay all the time Recommendation The end 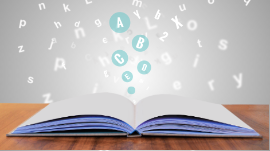 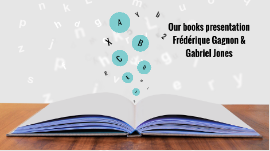