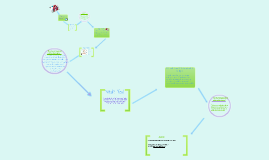 Transcript: THE LUNGS * all your lungs do for an hour is fill your lungs up with oxygen that they get from the air and remove the carbon dioxide from the body so you can breathe In the respiratory system when you breathe in the air sacs fill up with air then your heart pumpsinto the walls of your lungs where it absorbs oxygen from your lungs then the blood returns back to your heart where it is pumped out to the rest of the body carring oxygen If the body terminated this organ then the oxygen wouldnt get to the rest of the body because the lungs bring in all the oxygen and then the heart pumps it to the rest of the body for the other organs to use so if the body terminate the lungs then you would die. -The Lungs are located in the chest just above the diaphram. -removes carbon dioxide from your body Fun facts Can the body function with out the lungs? What would happen if the body terminated the lungs? Respiratory System *one of your lungs is bigger than the other -Lungs are apart of the Respiratory system BiologyforKids.kidsbiology.com.Web.7Jan.2012.<http://kidsbiology.com>. Vital? Yes! If you didnt have the lungs your body could not live because your body needs oxygen to survive which the lungs transport to the whole body The body can not function without the lungs because the body needs oxygen and it needs the lungs to get rid of the carbon dioxide. *when resting an average person breathes around 12 to 20 times a minute *an average person breathes in about 11000 liters of air a day What do your lungs do for an hour? -they take in oxygen from the air NIH, Heart, lung and blood institute.web. 27 Jan.2012<http:/NHLBI.nih.gov> -Nasel cavity -Pharynx -Epigottis -Larynex -Bronchiole -Trachea -Heart -Lungs are a pair of organs that perform Respiration How do your lungs work with the other organs Functions citations 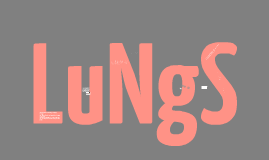 Transcript: LuNgS I am the the LuNgS Human lungs are located in two cavities on either side of the heart :The lungs are a vital part of the respiratory system If you take me out of the system the blood will not be able to release co2 or gain oxygen and then the cells in the corporation will die. I make sure that the blood has the oxygen it needs to give all the cells in the corporation : every hour I inflate and deflate 1500 times without the corporation even noticing it. then the oxygen enters the red blood cells and returns co2 back to me to be exhaled out the trachea The corporation can work with only one of me but the corporation will be less effective or you can buy an iron lung which is a method to mechanically assist or replace the lungs The trachea is sometimes called the windpipe. The trachea filters the air we breathe and branches into the bronchi. The bronchi are two air tubes that branch off of the trachea and carry air directly into the lungs then Breathing starts with a dome-shaped muscle at the bottom of the lungs called the diaphragm. When you breathe in, the diaphragm contracts. When it contracts it flattens out and pulls downward. This movement enlarges the space that the lungs are in. Then I take it from there. The main function of the lungs is (rapid) gas exchange and with each breath, your lungs add fresh oxygen to your blood the function of the lungs is to absorb oxygen, a gas that your body needs to function, and expel carbon dioxide. fun facts about me Your left and right lungs aren’t exactly the same. The lung on the left side of your body is divided into two lobes while the lung on your right side is divided into three. The left lung is also slightly smaller, allowing room for your heart  You can live with one lung it limits your physical ability but doesn’t stop you from living a normal life. Many people around the world live with just one lung. The average person breathes in around 11,000 liters of air every day http://www.sciencekids.co.nz/sciencefacts/humanbody/lungs. htmlwww.kyrene.org/.../Heart/206_image.gif http://www.kidzworld.com/article/7181-how-the-lungs-work usd316.k12.ks.us/projectfolder/Altman/lungs.html daviddarling.info 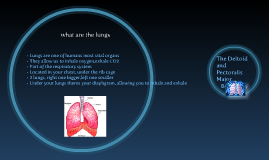 Transcript: The Deltoid and Pectoralis Major By:Akshay Arora Lungs are one of humans most vital organs They allow us to inhale oxygen,exhale CO2 Part of the respiratory system Located in your chest, under the rib cage 2 lungs, right one bigger,left one smaller Under your lungs theres your diaphgram, allowing you to inhale and exhale what are the lungs 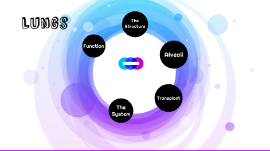 Transcript: Lungs By: Danica and Aarushi Function Function The lungs help a person respire by the process of inhalation and exhalation. Inhalation Inhalation When the oxygen goes into the lungs and is sent to the other parts of the body. Exhalation Exhalation Exhalation: When carbon dioxide comes out of the lungs The Structure Structure Bronchi : the bronchioles are attached to the tubes called bronchi Alveoli: the exchange of gases (carbon dioxide and oxygen) takes place in the Alveoli and it sends the oxygen to the other parts Bronchioles: the alveoli are attached to thin tubes called bronchi Windpipe: The air passage from the throat to the lungs Alveoli Alveoli When the air reaches the alveoli, the oxygen goes into the blood running through blood vessels along the alveoli and the carbon dioxide goes into the lungs to be exhaled. The oxgen is then taken to the other parts of the body. In other words, deoxygenated blood is turned into oxygenated blood through the Alveoli. Transplant Transplantation Lung transplantation is a procedure that involves the replacing of a diseases or failing lung with a healthy one. It is a major and risky operation and people who have tried other treatments and medications but could not be cured have a lung transplant. The lungs are a part of respiratory system. The respiratory system is responsible for the gas exchange in animals. It is a vital organ that supports life. The Respiratory System The System 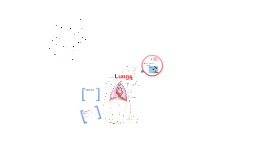 Transcript: The Respiratory System Respiratory System Nostrils Nasal cavity extending from the face to the pharynx. Sinuses, air-filled cavities in the bones of the skull. Pharynx, the passage to the lungs (and stomach) in the front part of the neck below the chin and above the collarbone. Larynx, a cartilaginous structure at the top of the trachea aka the voice box. Trachea or the windpipe, a membranous tube that carries inhaled air from the larynx to the bronchi. Bronchi, two branches of trachea that lead to the lungs. The lungs Lungs Much like dogs, cats cool off by taking in larger amounts of air. When it all comes together. The system functions as a gas exchange mechanism between air and blood. Oxygen diffuses across lung membranes to the blood, which then carries it to he tissues. Carbon dioxide is taken by the blood an released into air by diffusion in lung membranes. 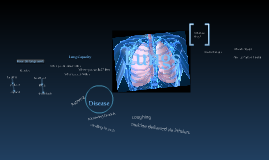 Transcript: What are they? Gas Exchanger Absorb Oxygen Give up Carbon Dioxide Lungs How do lungs work Muscles breath in pull out expand breath out lift up shrink back Disease Asthma swelling bronch narrowing bronch coughing meicine delivered via inhalers Lung Capacity When you lie down:9 liter When you walk:27 liter When you run:54liter 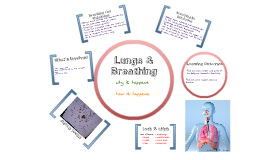 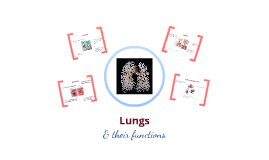 Transcript: Can turn into pneumonia if the bronchial infection is not treated in time Blocking of the pulmonary artery by an embolus Restlessness and shortness of breath may be signs Bronchitis Lungs Elderly people and very young children are at risk for developing serious complications COPD Used to describe two related lung disorders, emphysema and chronic bronchitis Caused by a viral or bacterial infection Sore throat, dry cough, stuffy nose, headache, body aches, weakness and fever Influenza Inflammation of the bronchi An acute respiratory infection Often fatal Causes a dry nonproductive cough sounding like a "bark" infection-causing microbes can collect in the mucus and multiply Emphysema is damage to the alveoli Pulmonary Embolism Chronic bronchitis is long-term irritation of the bronchi and bronchioles Very contagious, recovery usually in a week & their functions