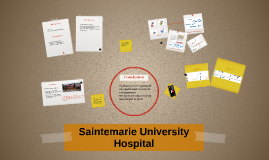 Transcript: Saintemarie University Hospital Recommendations Reallocation of resources Nurses are broken down into teams to increase efficiency of process Fast track path is created for Orange & Green paths Decision Criteria Alternative #1 ED experiencing an increase in wait times Reputation is being threatened through complaints by patients & families Quality of ED care is in quesiton Morale issue among staff who are left feeling helpless about the issue Loss of revenue for the hospital Located in European city, Saintemarie = 512,000 Main emergency care facility in the area Lots of public pressure due its high importance to the area Nursing Reallocation Alternative #2 Analysis Background Conclusion Review of the problem Alternative #3 Reallocation of resources!! Reorganization of patient management Giving more responsibility and control to staff Process + fast track path Improvements to Orange Path Improvements to Green Path Inaction Continue operations as they are Purchase new resources Hire more staff & buy new CT machines to improve process Marc Dupont: CEO of Hospital Patrick Leterme: Head of ED tasked to find root causes of wait time issues must have an action plan with measurable progress before end of the month 1. Fast, immediate action plan must be implemented by the end of the month 2. Decrease wait times 3. Cost effective Improvement to CT process 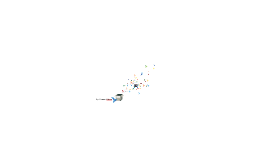 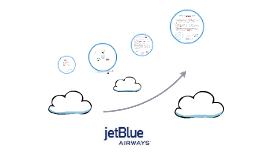 Transcript: Southwest Airlines The New CEO had made many changes in helping the performance of JetBlue these include: Strengthend the balance sheet Improvement and addition to fleet of Aircraft Used a moderated and controlled approach to business expansion Embraced Social Media to improve Public Relations and Company Image Opportunities Jetblue Airlines September 11 Attack/ Accidents Increase in Fuel Price Strong Competition Global Economic Crisis CASM expected to increase between 1.0% and 3.0% Excluding fuel and profit sharing, CASM is expected to increase between 3.0% and 5.0% Expects roughly half of this to be driven by maintenance expenses CASM for the full year is expected to increase between 0.5% and 2.5% over full year 2012 Exluding fuel and profit sharing, CASM in 2013 is expected to increase between 2.5% and 4.5% year over year Capacity is expected to increase between 3.5% and 5.5% in the third quarter and to increase between 5.5% and 7.5% for the full year Repair to JetBlue reputation damages Balance Sheet Update A major US. airline and the world's largest low cost carrier David Neeleman was executive vice president of the Southwest Airlines Established in 1967 Has solely operated the Boeing 737s Differences in Structure Operating income for the quarter was $102 million, resulting in a 7.6% operating margin, compared to operating income of $130 million and a 10.2% operating margin in the second quarter of 2012. Pre-tax income of $60 million in the second quarter. This compares to pre-tax income of $86 million in the second quarter of 2012. Net income for the second quarter was $36 million, or $0.11 per diluted share. This compares to JetBlue's second quarter 2012 net income of $52 million, or $0.16 per diluted share. 100 Seat Seat Pitch: 34-36 inches length: 123 feets 3 inch wingspan: 111 feet 10 inches PRICE: $ 50-60 million Safety Caring Integrity Fun Passion Leather Seats Low Operating Cost Efficient Employee Excellent customer service Be on time 2/3 of its flights High level of service Operational Performance Where is JetBlue now? CEO Dave Barger Marketing Position " the worst operational week in JetBlue's seven year history" Under bad weather, JetBlue fliers were trapped on the runway at JFK for hours Lack of communication six day event 1100 flights cancelled- 40% of JetBlue operation 131 000 customers were affected by cancellation The A320 had proven to be an extremely reliable plane around which JetBlue had standardized its operations. A320s could feed into E190 flights each other, resulting in higher loads and improved economics for JetBlue 150 seats; three-by-three 100 Seat Seat Pitch: 34-36 inches length: 123 feets 3 inch wingspan: 111 feet 10 inches PRICE: $ 50-60 million A320 The salary paid differently for their employees Structure for E190 and A320 customers Airport infrastructure difference The amount of the aircrafts required by JetBlue The number of passengers required for a flight to meet the typical breakeven load of 75 to 80 per cent was much lower on the E190 than the A320 Customers review on JetBlue's Strategy "JETBLUE IS ULTIMATELY BETTER FOR HAVING GONE THROUGH THIS.” Continue with focus on Customer Relations and great Customer Service Improve Inflight Sevices e.g. Faster Wi-Fi, better quality inflight entrainment. Introduce First/Business Class on longer flights. Expand to South American Countries. Introduce more efficient engines on existing fleet and buy more modern and fuel efficient aircraft. Cut costs without compromising on quality by better matching capacity with growing network demand in key markets while reducing unit costs . February 2007 Crises 7 E190s in the last two month of 2005; 16 additional in 2006; plan another 18 in 2007. CSAM( cost per available seat mile) Get- to –the-destination – at all costs culture(for short- haul routes) Structure for E190 employees 100 seats; two-by-two Aim: to create a cost structure that would support low fares with high quality for customers Innovative measures No food is served for cost cutting Jetblue is trying to be different Operational revenue of $1.3 billion Revenue passenger miles increased 7.3% to 9.12 billion Yield per passenger mile was 13.40 cents, decrease of 2.8% Passenger revenue per available seat miles decreased 3.3% to 11.37 cents Operating revenue per available seat mile decreased 3.1% to 12.42 cents Operating expenses increased 7.5% or $86 million Operating expense per available seat mile decreased 0.3% to 11.48 cents Excluding fuel and profit sharing, it increased 3.3% to 7.15 cents Weaknesses Should they continue to support both the E190 and A320? Jetblue Airlines Core values Third quarter and full year outlook What Future Strategic Direction would you recommend for JetBlue? Neeleman apologised publicly to the 131 000 customers. Passengers stuck on the plain for more than three house received full refund and a voucher for a free roundtrip flight Issue of a customers bill of rights New CEO Ended second quarter with 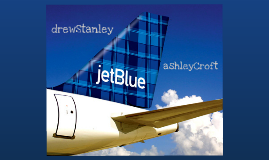 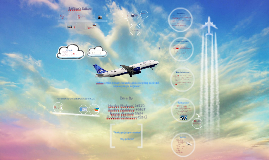 Transcript: Focuses on Cost effectiveness without compromising quality Using technology for automation - JetBlue pilots were given laptops to make required calculations - This in turn reduced ground time at airports, leading to more efficiency with increased no. of flights. Utilizing cost savings for meal in value added services - Leather seats: feeling of luxury and comfort - More leg space between seats - Personalized TV’s along with headsets Differentiation “JetBlue‘s vision to inspire humanity guides everything we do and helps us plan for the future.” Background Safety first Award 2001 – “A” rating – Best consumer feedback Award 2001 – Best Uniform Award 2002- Best Onboard service Award 2002- Best Onboard Entertainment JetBlue was able to identify niche market and cater to it - Focusing on few and not many routes - Concentrated on New York, California and, Florida - Flying to secondary airports Flying at airports which the competitors did not use - Able to fly more flights than competitors Point-to-point flights - Hub and spoke network - Direct transportation without going through a central hub Awards Any questions? Effective Cost Management  After 9/11 JetBlue installed heavy titanium doors between the pilot and passenger. Growing middle class and its spending No inter-regional highways/railroads due to geography of the region Low landing fees Tourism growth “If you don’t like people or you can’t deal with rude customers, you will be fired”- Neeleman Point to point flying - Flights are cheaper and faster - Lower travel time and minimum expenses Turnaround time for flights: reducing ground time -JetBlue flights were ready for their next trip in 35 minutes unlike others which took an hour or more Technology and electronic ways of doing business also reduces cost - In-house development of IT rather than outsourcing - Less employees required for booking tickets online (saving labor charges) - Passenger check-ins and baggage claim also reduces manpower Operational Advantage • David Neeleman along with Tom Kelly started developing the business model for JetBlue. • It is a No-frills low cost carrier • Started with initial capital of $160 million on February 11, 2000 (established in 1998) • Decided to base his airline in John F. Kennedy International Airport due to little competition • Concentrated on certain areas such as West Coast, Northeast and, Florida • IPO of 5.5 million shares traded on NASDAQ at the price of $22 and $24 and then shot up to $45 Background Business Strategy - Cost Leadership - Differentiation - Focus Culture Competitive Advantages - Sustainability Budget Airlines in U.S. and Asia - PEST Recommendations The two bases of JetBlue’s competitive advantage are ‘cost leadership’ and ‘differentiation’. - Identify and eliminate non value-adding costs and enhance quality of service - Replaced meals with Snacks and beverages. - Provided more amenities than other airlines including personal Televisions. - Leather seats although they were more expensive but lasted longer. - Operated Airbus-320 which was more costly but easier maintained and more fuel efficient. - JetBlue’s Cost per passenger mile was 6.43 cents. Comparison and Contrast Between Asia and the U.S. - 2002 was the year when major airlines in the industry were expected to have a loss of $9 billion (approximately). - JetBlue however recorded net income of $55 million on revenues of $635 million. - Had a 35% increase in earnings (reported during first quarter of 2003 - Added 65 new planes. - Had more than 12 million passengers within 3 years of operations. - Achieved all this due to its operating efficiency and quality of service. Business Strategies PEST JetBlue's Culture Recruitment Scheme JetBlue rewards employees’ initiative by free tickets of vacations - Pilots tends to help in cleaning the plane after flight. - A pilot provided his cell phone to customers after a flight delay. Profit-sharing program and bonuses to encourage customers. New employees are treated alike regular employees in terms of housing and food expenses, unlike competitors.  Neelman’s attitude was reflected on his employees.  Neelman is treating his employees equally. Overview Long-Term Viability Customer-Oriented Cost Leadership Sustainability The airline is growing and can control costs. No labor problems as the company is still small and the management can oversee most of the operations. More competitors are attracted to the niche markets that JetBlue is serving such as Delta and Virgin Airline. Airlines are seeking the same technological changes such as personal TV and internet access. Challenge is to replicate the same model on a greater scale. Serving snacks instead of meals - Normal meal costs $4 per person whereas snacks cost 12-14 cents - JetBlue saves over $3 per passenger using this strategy One standard fleet in planes - No division of economy/business class - Helpful in controlling costs since spare parts, furnishings and crew were interchangeable Airbus A-320 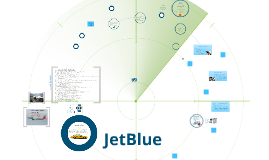 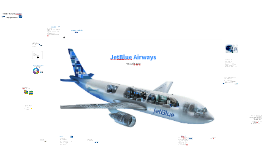 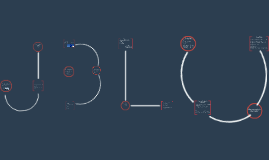