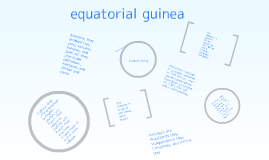 Transcript: equatorial guinea Central Africa the location: is western africa bordering the right of biafra between cameroon and gabon the climate: is tropical and warm with humid the history: origially by pygmies. migrated in 17th century. they gained independence from Spain on october 12, 1968. they are still i n Dictatorship. Economy: they produce rice, jams, cassava, bananas, and palm oil. they also trade petroleum , methanol, and llimber and cocoa. political: they had a military takeover. The president is in charge. and a multiparty constitutional republic . Culture: their offical language is English, Spanish, and french. their religon is Catholic and Roman. they may have houses made of mud in some villages. holiday's are Presidents Day, Independence Day, Christmas, and Africa Day Brandon Cobian By: 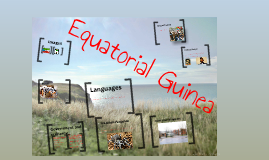 Transcript: Equatorial Guinea images Food Government and economy Government They have a presidential rupublic. President runs everything Their economy is ranked number 121 out of 177 in the united nations. Languages They speak many different dialects of spanish, french, and african. Traditions/Legends The most interseting myth is that of the arachne or the grey spider. educational system Famous People Teodoro Obiang Nguema Mbasogo is the president of Equitorial Guinea. Plácido Guimaraes an artist from Equitorial Guinea Special Fiestas every August 3rd is freedom day. Photo based on: 'horizon' by pierreyves @ flickr Flag YES THEY EAT MONKEYS Economy Coat of Arms. 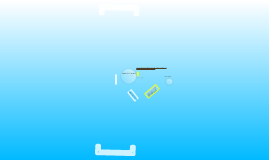 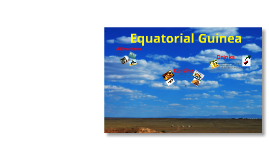 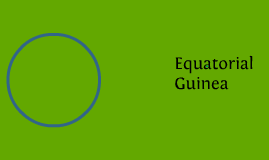 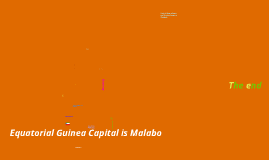 Transcript: Equatorial Guinea 498,000 Economy They make money by selling Oil and Gas. Oil prices have produced huge in recent years. Last year they made 26.11 billion dollars. There GDP in 2011 was $19.4 billion There laybor force in 2007 was 195,200 Equatorial Guinea is in Middle Africa in the between Gabon and Cameroon. People Most people in Equatorial Guinea mostly speak Spanish or French. Facts Equatorial Guinea in one of the smallest counties in Africa. It is hot and humid almost the whole entire year. They have a verious amount of gold, bauxite, natural gas, diamonds, petroleum, clay, and sand. Most of there religions are Christian Roman or Chatholic. Equatorial Guinea Capital is Malabo The end By: Danaisha Williams Population President: Teodoro Obiang Nguema Mbasogo Prime Minister: Ignacio Milam Tang 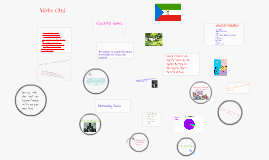 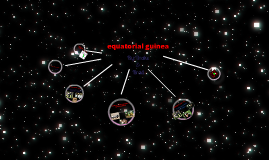