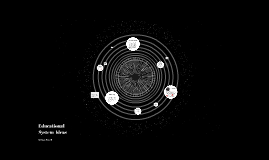 Transcript: How Long in School Teacher Expectations Athletics Keenan Powell Division of School Levels I will be more than happy to answer questions about anything I have missed Clubs and student staffing will be available as well for students. They will have to possess quite a bit of power to do as they please, however, there will need to be checks to keep them from getting ridiculous. All students should be required to get a few volunteer hours each year starting in high school. This is important for the students because it will show them that not everything you do work wise is for financial gain. Funding Extracurricular Activities Teaching Requirements Teachers/professors must have both a teaching degree and a degree pertaining to what they plan to teach. This will prevent the issue of teachers trying to teach an unfamiliar subject to students, leading to those students' failure. This will also increase teacher salary due to the possession of two degrees. All assignments will have to be graded within two weeks of the due date, except for essays, which will be given three weeks. These assignments must be manageable for their time frames and graded with the absence of bias. This is to prevent the issue of troublesome kids who don't do their work and make a point to have the teachers struggle in controlling them. These people are only here because they are forced to be and are gaining nothing through their forced presence. Obviously, teachers will not be allowed to threaten or injure students. However, they will be allowed to create, non hurtful, ways to keep the respect and attention of students. They should also be available for meetings for help that are requested by students. PRIVATE SCHOOLS SHOULD HAVE THEIR OWN LEAGUE! Teacher Education Required to be in school through jr. high. Once one is to be a freshman in high school, they, and their family, can decide to end that person's schooling career. If not then, they can end it at any time after a year or semester. After high school. They can make the choice to go to college and for how long, like usual. Must teach them four years of English, four years of science, three years of math and four years of history/government. It doesn't matter which level these classes are as long as they are taking the required subjects. Volunteering The guidelines for participating in sports will remain the same. Being that you must keep your grades up and remain in good behavior. The state tournaments will be based on seeding after regionals/substate rather than region to prevent having the better teams weed each other out early. There will still be the same amount of grade levels (1-12) and school levels (elementary, jr. high and high school). Educational System Ideas Classroom The classroom environment should be comfortable for both the teachers and the students. The class sizes should be around 15-20 people to help with attention and focus. The fewer distractions, the better. All students should have the opportunity for a clear sight of the teacher and what they are saying. Funding will have to come from the state government, however, schools will be encouraged to fund-raise through either donations or special events. Colleges will have to find some sort of funding besides crazy high tuition prices. This has been getting ridiculous and are heading towards unattainable levels. 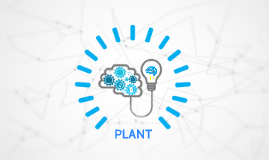 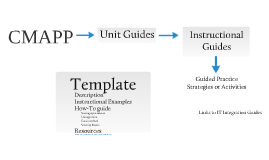 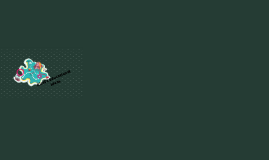 Transcript: Rizal's Educational Ideas E D U C A T I O N True redemption of the people. Emancipates man from his slavish and ignorant mentality. On Man Man’s status in creation Rizal had a correspondence with Fr. Pablo Pastells. “for me, man is the masterpiece of creation, perfect in his limitations, who cannot be deprived of any of his parts, whoever moral or physical, without being disfigured and rendered miserable.” Rizal also regarded man as perfect in his limitations. However, Rizal also said that man has limitations. This means that man, although perfect in his nature as man, still has limitations. Man’s freedom Fr. Pablo Pastells accused Rizal’s assertion of his freedom as nothing but self – love. “that man is a perfectly created being, that man must not be deprived of his moral and physical parts, that man must be perfected in his conditions.” Man “The masterpiece of creation” The physical and moral conditions are always related to his environment. On the Education of Man Recognized the status of man as the “masterpiece of creation”. Expressed through letters: “Letter to sister Trinidad” Rizal gave a practical advice to his sister Trinidad. He described the qualities of German women to his sister. “To the young women of malolos” Rizal exalted the twenty women of Malolos for their courage in asking permission from Governor general Weyler to open a night school for the education of women. Rizal emphasized education as important for women (mothers) rearing up their children. Rizal wanted to show to the twenty young Malolos women the connection between prosperity and education. He compared Asian women with European or American women. According to Rizal, Filipino women are to “awaken and prepare the mind of the child for every good and desirable idea – love of honor, love for one’s fellowmen and respect for God.” “The Indolence of the Filipinos” Filipino people were being described as indolent or lazy people. Rizal expressed his defense in his long essay, "The Indolence of the Filipinos". In the last paragraph of this essay, Rizal expressed his desire for the education of the people. He said:“Without education and liberty, which are the soil and the sun of man, to reform is possible, no measure can give the result desired. This does not mean that we should ask first for the native the instruction of a sage and all imaginable liberties, in order then to put a he in his hand or place him in a workshop; such a pretension would be an absurdity and vain folly. What we wish is that obstacle be not put in his way, not to increase the many his climate and the situation of the islands already create for him, that instruction be not begrudged him for fear that when he becomes intelligent he may separate from the colonizing nation or ask for the rights of which he makes himself worthy.” He demanded two things: First , is the need to stop increasing the already difficult condition of the Filipinos due to climate and other situation. Second, is the need to stop begrudging the education of the Filipinos for the simple reason that they may separate from Spain or may ask for human rights the moment they become educated. Education and Country Individuals are not “no man is an island” For Rizal,as education improves the life of an individual in society, so also an educated individual improves the condition of his country. Education of people for the country. Rizal expressed his great interest in education for the progress of the country. In this letter, he said: “My countrymen, I have given proofs that I am one most anxious for freedom for our county, and I am still desirous of them. But I place as prior condition the education of the people, that by individuality of its own and make itself worthy of these freedoms. I have recommended in my writings the study of civic virtues, without which there is no redemption.” His book THE PHILOSOPHY OF RIZAL “the aim of education is the development of the people’s mentality. Very much dependent upon the mentality of the people in the way of improving the condition of the country.” Complacent attitude is prevalent in human society. Man does not think of what is really proper to him; he rather adopts the ideals offered by some people or by foreign nations. the Sublime Paralytic Apolinario Mabini (1864 – 1903), Filipino theoretician and spokesman of the Revolution, already thought of this issue as follows: in order to build the proper edifice of our social regeneration, it is imperative that we change radically not only our institutions but also our manner of behaving and thinking. It is necessary to have both an external and internal revolution, by establishing our moral education on a more solid foundation and purging ourselves of those vices, the majority of which we have inherited from the Spaniards. For Mabini radical change is needed: a change of the ways of thinking and behaving. The Filipino needs both internal and external revolutions: the purging out of vices detrimental to national