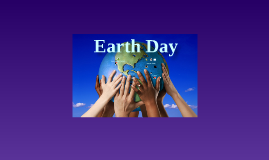 Transcript: Why do we celebrate Earth Day? April 22, 1970 How do we effect the environment? By not recycling enough! Overusing the Earth's natural resources! So how can you help? It's up to us! Earth Day 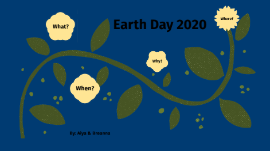 Transcript: By: Aiya & Breanna Earth Day 2020 What? What is Earth Day? Every year on April 22, Earth Day is celebrated around the world to show that we care about our planet. When did Earth Day start? When? Since Earth Day was born in 1970, it is 50 years old this year!! Why do we need Earth Day? Why? Earth day is important because it lets people know about the problems in the environment and how to keep our planet clean. Where is it celebrated? Where? Earth Day has events happening everywhere in the world. 193 countries to be exact! 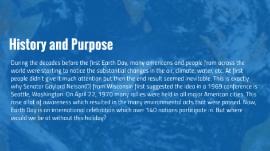 Transcript: EARTH DAY By Jacob Bronstein Introduction and History to Earth Day History and Purpose During the decades before the first Earth Day, many americans and people from across the world were starting to notice the substantial changes in the air, climate, water, etc. At first people didn't give it much attention but then the end result seemed inevitable. This is exactly why Senator Gaylord Nelson(D) from Wisconsin first suggested the idea in a 1969 conference is Seattle, Washington. On April 22, 1970 many rallies were held in all major American cities. This rose a lot of awareness which resulted in the many environmental acts that were passed. Now, Earth Day is an international celebration which over 140 nations participate in. But where would we be at without this holiday? The Importance of Earth Day Importance The importance of Earth Day is relatively straightforward after learning its history. More and more people across the world continue to celebrate it by changing a small part of their lifestyle, cleaning up the streets, protesting, etc. Earth Day is important so more and more people start learning about things we can do to help global warming. This graph shows the steady decline of carbon emissions since the 1850's. Things We Can Do At Home Things We Can Do Right Now At Home Even during these times that we are at home, there are many things we can still do to help: -Plant some flowers, trees, or any other forms of vegetation. Something as simple as this can help the environment in many ways. Plants absorb carbon dioxide from atmosphere and replace it with oxygen. -Compost your food scraps. This is also simple. In fact, in some cities like Cambridge, everyone is already provided with materials to do so. Doing this can turn what otherwise would go in crowded landfills-to environmentally friendly soil which can be used to grow more trees! These are just some of the things you can do at home but there are many more as well. Citations Sources https://www.history.com/topics/holidays/earth-day https://abcnews.go.com/blogs/technology/2012/05/youve-never-seen-earth-like-this http://www.onetravelgirl.com/beautiful-mountains-of-the-world/ https://tierneylab.blogs.nytimes.com/2009/04/22/happy-earth-day/ https://www.ba-bamail.com/content.aspx?emailid=23432 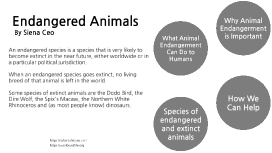 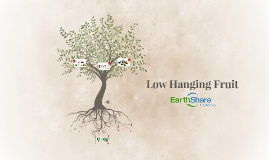 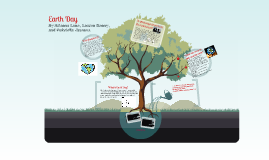 Transcript: Earth Day By Brianna Lane, Lauren Kenny, and Gabriella Jimenez Earth Day was founded by Senator Gaylord Nelson. The idea evolved over a period of seven years starting in 1962. The first Earth Day was in 1970. Over 20 million Americans participated in activities that helped save the Earth. Before this, factories would give off black smoke into the air or dump tons of toxic waste into a nearby stream and it was perfectly legal. This is because there was no EPA, Clean Air Act, or Clean Water Act. Earth day is annually held on April 22 in which people all of the country help reduce the amount of harmful actions that eventually affect the Earth in a negative way. *Turn off your car when waiting in the parking lot for more than 1 minute *Promote recycling in your community *Create a carpool or become familiar with your communities public transportation *Use reusable grocery bags instead of plastic bags when shopping for your weekly groceries *Ride your bike or walk to destinations instead of driving your car *Open windows during the summer instead of bumping up the AC *Reduce plastic by not using straws in restaurants *Avoid products made from tropical Rainforest woods *Contribute to wildlife foundations such as WWF http://earthday.envirolink.org/history.html http://www.epa.gov/earthday/history.htm http://www.nelsonearthday.net/earth-day/index.htm http://www.50simplekids.com/Default.asp http://infohouse.p2ric.org/ref/15/14300.pdf http://www.metrolic.com/10-things-you-can-do-to-harm-the-environment-137447/ http://www.eea.europa.eu/themes/climate/faq/how-do-human-activities-contribute-to-climate-change-and-how-do-they-compare-with-natural-influences http://adpaascu.wordpress.com/2013/04/22/happy-earth-day-from-adp-we-salute-the-earthdaychamps/ http://www.centerforsocialinclusion.org/taking-earth-day-one-step-further-one-farmer-at-a-time/ http://www.chinadaily.com.cn/china/2007-05/08/content_867261.htm http://rubberstamping.about.com/od/templates/ss/Free-Printable-2013-Digital-Stamp-Calendar_4.htm What can we do to help save the Earth? Earth day is held on April 22 every year. It is intended to raise awareness and appreciation for our environment. This includes participating in activities that help save our planet such as recycling and reducing the amount of pollution from factories. In what ways do we harm the environment? Who founded it? Pictures: Websites: Citations What is Earth Day? People harm the Earth in many ways that you may not even think of. Some examples include leaving the lights on, littering, unnecessarily driving, and using artificial fertilizers or pesticides. Other ways to harm the Earth include buying plastic water bottles, using plastic utensils, and using paper/plastic plates. Another way to harm the Earth is to use fossil fuels. Fossil fuels are the biggest contributor to altering the quality of the atmosphere. Fossil fuels include coal, oil, and gas. “… on April 22, 1970, Earth Day was held, one of the most remarkable happenings in the history of democracy…” –American Heritage Magazine, October 1993

Transcript: Earth Day By: Eva Macy If we all keep this up then someday we will have a cleaner environment to live in. Results in the end You can help contribute even when it isn't Earth Day! You can help lower the use of electricity that you use by turning off your appliances after you are done with them. To save more water you can take shorter showers, use less water to wash your hands and use only the amount of water that is absolutely necessary. To save paper and trees you can use less toilet paper, use the backside of a piece of paper if you mess up instead of getting a new piece. Also, you can reuse old bags instead of throwing them away, reuse plastic utensils, recycle old cans and reduce the amount of trash you throw away. You can compost food you are done with instead of throwing it away too. And on Earth Day you can go to the beach and pick up some trash in the sand and recycle and compost it. Thanks for watching How Earth Day started In San Francisco, it includes cleaning up the bay and composting, re-using, reducing and recycling. Foundation What you can do Affects of Earth Day Earth day was proposed in 1969 by United States Senator Gaylord Nelson, but only actually happened in 1970. Earth Day was created to help the environment and clean up the bay. Once the bay was not as clean and healthy as it is now, but because of Earth Day our wonderful bay isn't filled with trash anymore. Also, San Francisco is more environmentally aware and also we have solar panels that use all natural energy from the sun, which saves energy. 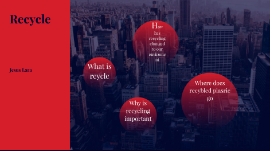