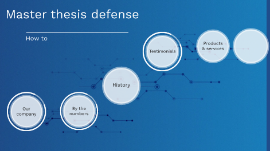 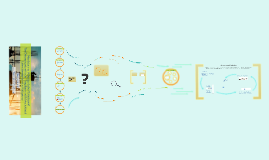 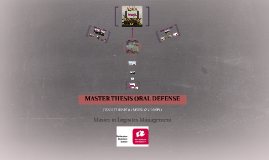 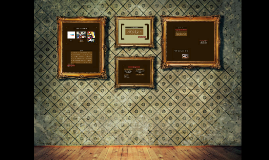 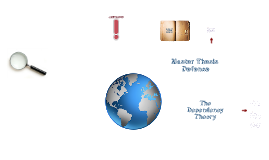 Transcript: Master Thesis Defense Common points of Agreement: - World consisting of two kinds of states called “center/periphery”, “dominant/dependent”, or “metropolitan/satellite” states. -External forces are the most important factors when it comes to economic activities in the underdeveloped nations. -Each state has its own individual “clear, national economic interest”, which can only be satisfied by meeting the needs of the poor, and not the private interest of the elites and government Aim of the Thesis: - Better understanding and a clear overview of the dependency theory in general. - Discover the reasons of the evolution of the theory both in Latin America and Africa. - To reveal some of the consequences of the dependency thinking in the developing world. Poverty after decolonization Chilean sociologist HISTORICAL BACKGROUND General Definition: - A developmental theory from the 1950-60s. - The existence of a “core-periphery”, North versus South world system view. - Developed countries modernizing at the expense of under-un-developed countries. American-Marxist Economist Brazilian economist and socialist Research Methods: - Extensive review of current and short-past literature, including relevant books, academic articles, international organization program schedules and presentations. - Review of statistical data regarding the subject. I. 16th-19th century colonization introducing: - First the ideas of developmentalism, progress, and modernity, -Then the ideas of free trade, and national sovereignty Created By: Renáta Bacsó Mentor: Johannes Maerk Vienna, 2012.10.25 CHILE II. 20th century US slowly expanding over Latin America. III. Cardoso's "new dependency" evolving because of the technological dependency. MY CONCLUSION - Overdrawn attention given to capitalist imperialism -Typology of “exploiter and exploited” exaggeratedly simplifies the global world’s participants -Ignorant towards important internal factors like culture, and population demographics PAUL BARAN ANDRÉ GUNTER FRANK Enzo Faletto KENYA American political sociologist - Underdevelopment is a result of international capitalism. - Political, economical, and social structures of the poor states are shaped externally. - "Development of Underdevelopment" -Difference between “underdeveloped” and “undeveloped”. A need for a 2nd decolonization HISTORICAL BACKGROUND - "Economic Surplus" -Backwardness of countries is due to the misuse and waste of this surplus. -Critical approach towards colonialism. FOLLOW-UPS - Part of the region of "Africa of the labor reserves” - Holds features of "classical dependency" as well as "dependent development" - The economic system's road to independence. Efforts being made The Dependency Theory - The host country of ECLA -Experiment for the new reforms -Brief time of success, then huge decrease of growth -Frank's theory of a "satellite-metropolis" system was also based on a case study of Chile One big project for 3 different regions: (Samir Amin's division) - "Africa of the colonial economy" - “Africa of the concession-owning companies” - “Africa of the labour reserves” The Latin-American Perspective CRITICISM HISTORY OF THE THEORY - Modernization Theory: "evolutionary stages" of development Criticized not only by Dependency Theory, but: -World System Theory (as well): Only one kind of social system in the World -- The Capitalist World Economy. - Early 1950s, Santiago, Chile, ECLA - Raúl Prebish - First became popular as a critique Overview: - 1st theoretical part: main elements, protagonist and critical points. - 2nd applying part: Case studies from South-America and Africa. - Final Part: relevance of dependency theory today. PETER EVANS -"Associated dependent development"- Development IS possible withing dependency. - Typology of existing national societies. - 3 stages of economic history of the periphery. Thank you for Your Attention! FOLLOW-UPS 18th century colonization: - cheap labour, raw materials, and free land for industrialization - Africa as part of, but also the file-closer of the World economy -Rural areas, not valuable were ignored THE SUB-SAHARAN-AFRICAN PERSPECTIVE -Establishment of African Union - Announcement of NEPAD -Establishment of the Commission for Africa Fernando Henrique Cardoso - High hopes in the beginning - Negative turn in the 1970s -Forgotten in the 1990s 2 Eras of Dependency: -Radical Marxist influenced stream -Non-Marxist, Structuralist stream German-American Historian and Sociologist Wars and organized violence 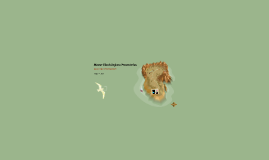 Transcript: Findings H1: 'Playing a game' (X) fosters co-creation (Y) in an artwork-event H2: Participant-centered approach in Gamified Interaction (X) is a necessary condition to the occurrence of a gamified artwork-event (Y) Connection to art Dominique Vinckenbosch "How does Gamified Interaction allow participants to co-create digital artworks?" Thank you Results Media Arts: contexts of games, HCI and interactive art Qualitative analysis: comparative method, within-case method of analysis and embedded multiple-case study August 29, 2019 H1 confirmed H2 rejected Master Thesis Defense Presentation Analysis Gamified Interaction How does Gamified Interaction allow participants to co-create digital artworks? "The deliberate application of game design elements to interaction (or interaction-passing reaction or tricked interaction) taking place between two parties (respectively a human audience and the other one being of digital nature), and from which will result an artwork-event. The implementation process is made according to the audience's personal expectations of a successful interaction (art) experience"

Transcript: 1. Introduction Breaking down BRIC co-movement Relevance Contagion is seen as a residual variable; no focus on different forms of contagion In the regressions where Russia is included, the financial crisis was the most important determinant. Hypothesis 2 - Stock market characteristics: No evidence found of a significant relationship Focus on other asset classes such as bond markets and real estate. The list of variables is not exhaustive Data: Price indices are used from the BRAZIL BOVESPA, RUSSIA RTS, SHANGHAI SE A SHARE, and INDIA BSE (100) NATIONAL Direction of Trade Statistics (DOTS) from IMF - import and export Datastream provided data on economic variables such as industrial production growth, inflation, interest rates, exchange rates, and FDI for all four countries. Recommendations The correlation indicates co-movement and is ultimately the determining factor in how to diversify an investment portfolio. The BRIC’s strong global position can be attributed to: Large domestic markets, Industrial and technological diversification, Major governmental programs, and Liberalization of the financial systems in the early nineties. Thesis Defense - R. van Lomwel Hypothesis 2: Similar stock market characteristics have a positive effect on the correlation of BRIC stock markets. Trade relationship Literature is outdated; significant value in testing these determinants in a different setting with more recent data. 3. Methodology and Data Dependent variable: BRIC correlation Regional co-movement, such as on Asian or Latin American markets; Chowdury (1994), Masih & Masih (1999), Christofi & Pericli (1999), and Araujo (2009). Variables were analyzed by means of quarterly time series data; time period was chosen from 1996-2010 5. Conclusion Different growth rates would imply different stock prices. Special thanks to Prof. Ben Tims and Bernardo Lima for coaching me though this process. African continent Russian contagion one The trade relationship is the most important determinant in explaining BRIC co-movement. Findings Research question: What is the extent of co-movement that may be attributed to fundamental factors, and what is the extent that is attributed to contagion? BRIC countries Production growth 4. Results If country A does well, it will buy more from country B -> so then both economies do well and co-move. Investors try to create an optimal investment portfolio and therefore they need to know the returns, volatilities, and correlations of different assets. It would have been meaningful to conduct the regression analysis on both monthly and quarterly time-series data. three Limitations Consistent with prior research: Chen & Zhang (1997), Pretorius (2001), and Johnson & Soenen (2002). 5. Conclusion 6. Q&A 4. Results Hypothesis 1: The level of economic integration has a positive effect on the correlation of BRIC stock markets. Brazil, Russia, India, and China: 40% of the world’s population 25% of the world’s Gross Domestic Product (GDP) If you succeed in explaining the determinants you are better able to rebalance and optimize your portfolio, which ultimately leads to a better risk/return tradeoff. two The model succeeds in explaining about 40% of the variation of the dependent variable, i.e. co-movement. Limited research on co-movement of emerging stock markets across different regions. 1. Introduction A positive relationship between the industrial production growth differential and co-movement was found. Gap in the literature 2. Conceptual Framework Co-movement Hypothesis 1 - Economic fundamentals: Trade most significant determinant; 4 out of 6 regressions Russian co-movement is mostly driven by contagion and to a lesser extent based on economic fundamentals. December 6th, 2011 High growth rate in country A, may lead to increased dependence (trade) of other countries Research on co-movement for other emerging market groups: Determinants of stock market correlations; Roll (1992), Chen & Zhang (1997), Bekaert & Harvey (1999), Bracker & Koch (1999), Pretorius (2001), and Johnson & Soenen (2002) Investors trade Russia in the same basket as other BRIC stocks. Explaining variables: see conceptual framework Plausible explanation is that the variable is moderated by the trade variable. Agenda Thank you for your attention! 3. Methodology & Data Co-movement implies that different stock markets behave in a similar fashion so that investors have less benefits from diversification. My own research focused mostly on the determinants of co-movement: Economic fundamentals Stock market characteristics Contagion (investor sentiment) Newly industrialized countries MSc Finance & Investments Important to know the extent of correlations + the underlying factors Multiple linear regression analysis Contagion: The financial crisis variable was significant for 3 out of 6 regressions. 2. Conceptual Framework 6. Q&A