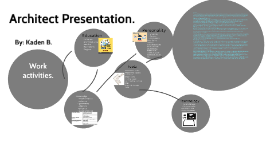 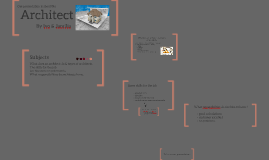 Transcript: Some skills for the job. An architect can do many different things, or a architect is specialized in one thing Homes Buildings Gardens The inside of a home help people with ideas for buildings good calculations customer satisfied no problems Subjects This was our presentation. Architect What does an architect do & types of architects. The skills for the job. Architecture requirements. What responsibilities do architects have. Our presentation is about the What does an architect do & types of architects. Good at math Creative Good communication And of course some requirements Architects requirements By Ivo & Jamilja havo- or vwo-certificate/ mbo-level 4 Next you can follow bachelor or master architecture on the highschool in Amsterdam What reponsibilties do Architects have ? 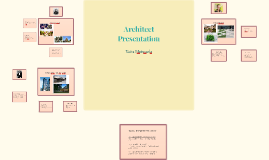 Transcript: Architect Presentation Kara Moncada His use of curvature, mosaics, landscaping The style is unique- quite different from most architects My favorite out of the three She does not have one specialty Her designs have a lot of texture Style of Architecture A. Modern Movement 1. “Less is More” 2. “Form Follows Function” 3. Principles at high levels of abstraction Part of the modernist movement Simplicity Ludwig Mies van der Rohe Style of Architecture A. Catalan Modernism 1) Centered in the city of Barcelona 2) Influences of architecture, nature and religion 3) Organic and archaic geometric forms of nature and catenary arch END OF PRESENTATION Antoni Gaudi Types of Materials Textiles- ‘Invisible Presence’ Carpets Wallcovering and flexible object Types of Materials A. Connected his buildings with nature by extending outdoor plaza tiles into the floor of a lobby B. Steel and glass enclosure Likes/Dislikes Likes/Dislikes http://www.archdaily.com/574575/material-masters-glass-is-more-with-mies-van-der-rohe https://en.wikipedia.org/wiki/Ludwig_Mies_van_der_Rohe#Traditionalism_to_Modernism http://www.insideoutside.nl/en/the-amazing-courtyard-university-of- amsterdam.htm Petra Blaisse Likes/Dislikes Types of Materials A. Stained glass, ceramic, wrought ironwork, plaster modeling B. Designed ceramic mosaics using waste pieces (Trencadis) Style of Architecture A. Interior Architecture B. Textile Design C. Urban Architecture D. Landscape Architecture 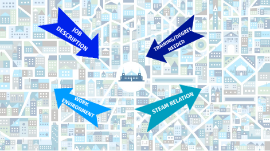 Transcript: JOB DESCRIPTION JOB DESCRIPTION An architect is a person who plans, designs, and reviews the construction of buildings. They are responsible for providing services in connection with the design of the buildings within the site. TRAINING/DEGREE NEEDED TRAINING/DEGREE NEEDED <img WORK ENVIRONMENT WORK ENVIRONMENT Although architects usually work in a office, they also have to to travel to and from construction sites. Architects mostly spend their time in offices, where they meet clients, develop sketches, and plan their builds. S.T.E.A.M. RELATION STEAM RELATION This job relates to all 5 subjects in S.T.E.A.M. Science Science This Job relates to scientific methodology as it applies to designing buildings and their environments. Technology Technology It relates to technology since the advances in modern day tech. Architects can and do make 3D replica models of the buildings on their computers. Engineering Engineering It relates to engineering since architects can also be architectural engineers. Because of this, architects are also taught engineering. Arts Arts The job relates to arts because you are going to be drawing, sketching, and copying images and house designs. Math Math And finally math. This job relates to math in numerous ways. Leaving aside the basic uses of math. They use geometry for the spatial form of a building. In addition to that, they use measurement while designing the building. 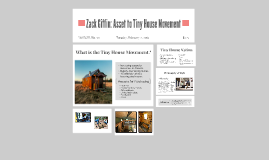 Transcript: Season 1 premiered 2014 500 square feet of living space or less Hosts: John Weisbarth, Zack Giffin Zack Giffin $1.25 Philosophy Tuesday, February 2, 2016 Philosophy & Style What is the Tiny House Movement? “In building, I am inspired by artists who spend their whole lives working, yet seek no external recognition other than the satisfaction of the work, and a good life for their family.” -Zack Giffin Tiny House Nation No solidified style—molds to customer's wants and needs “I believe the act of building Tiny Houses approaches so many topics that the world needs to address...By building small homes we unavoidably start conversations about broader subjects like 'How can we sustain the current path of living standards in a changing world,' 'how do we want to spend our time on this planet' and the big one–' what is it that really makes us happy.' By starting conversations we get to influence people’s behaviors without shouting opinions and pontificating. It is a very powerful form of activism.” -Zack Giffin Influence Style Vol XCIII, No. 311 Debt free Environmentally friendly Time outdoors Limited technology Family time Travel Reasons for Purchasing Zack Giffin: Asset to Tiny House Movement Increasingly popular movement in America Majorly downsizing homes 4-5 television shows featuring tiny houses 36 Two brothers Skier Active from 2013-present Builder on Tiny House Nation Built his own tiny house (112 square feet) Traveled more than 20,000 miles with his tiny house Travels and builds tiny houses all over the United States 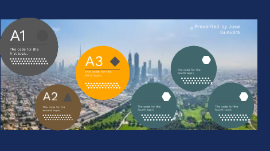 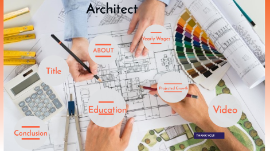 Transcript: THANK YOU! Architect Camila leon February 20th, 2018 Architect Title ABOUT Nature of work Architects plan and design houses, factories, office buildings, and other structures Yearly Wages Yearly wages LOW High 129,810 26,00 Education Every architect needs a bachelors degree Education All the states and the district of columbia require architects to be licensed Architects level of education is from 4 to 5 years of college Requirements Orginized skills Communication skills Technical skills skills Creativity Projected Growth Projected Growth 4% Projected Annual job openings US: 2,630 Arizona:70 Video Video Conclusion Conclusion Architects have many challenges and require many skills like any other job. Maybe you might consider being an architect one day. Doing this report taught me all the things I need to learn in order to become an architect and what requirements are needed. I really enjoyed learning about this career because I felt like this career is really for me. 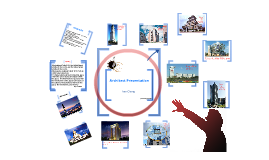 Transcript: Fangyuan Mansion (China) pictures from google image Daan country housing (Taiwan) 1.He designed Taipei 101, the third highest building in the world, and the tallest green building in the world. 2.Because he designed Taipei 101 in Taiwan which is my hometown. 3."A living building is the information space where life can be found. Life exists within the space. The information of space is then the information of life. Space is the body of the building. The building is therefore the space, the information, and the life," by C.Y.Lee. Taipei 101 (Taiwan) Ocean Blue Housing (Taiwan) Chang-Gu World Trade Center (Taiwan) Sepciality National Chung Cheng University (Taiwan) Taiwan Pavilion EXPO 2010 1.Chung Yong Lee (December 30, 1938) is a Taiwanese architect. 2.Born in Guangdong, China. 3.He has been an architect for 45 years. 4.He is still alive. 5.He graduated and got his bachelor's degree from National Cheng Kung University in Taiwan. 6.He received his master's degree from Princeton University in USA. Pangu Plaza (China) Chung Tai Chan Monastery (Taiwan) The sky lanterns international tourist hotels (Taiwan) Architect Presentation Slideshows Ken Chang Biography