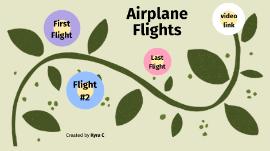 Transcript: Created by Kyra C Flights Airplane First Flight Flight #1 January 19, 2018 Results: *Yes, when I threw my paper airplane it didn't go as far because it was lighter so the wind blew it downwards. *The paper airplane didn't stay in the air long it just kept going down and in circles *The wooden one went straighter and stayed in the air longer because of the different parts *Also the propeller didn't really help. Predictions Subtopic *I predicted that when I throw my paper airplane it won't go as far as the other one because its a lot lighter. *I think that the wooden will go farther because of it's propeller because many real planes also have propellers to help it fly. *I predict that the paper airplane will be pulled down by drag. *I predict the wooden plane will fly more similar to a real airplane because of it's different parts for different purposes. Like it's wings which help it stay in the air longer. Text Pictures The Airplanes Subtopic 2 Chart Chart Timeline Timeline TIMELINE #1 Jan 19 2018 Feb 1 2018 Feb 22 2018 Making the wooden and paper airplanes First test fight Test flight number 2 Last Test flight Flight #2 Flight #2 Changes: I changed my paper airplane because the front was smushed so it didn't go as far because the wind was against it. So I made it pointier so the wind will so around it and make it faster Results: I think that this time the paper airplane went farther then last time. I think it is because of the change. And the wooden one made a loop and landed upside down. Oh no my pilot flew off mid air but it made no difference to the plane. Last Flight Last Flight Changes: The change I decided to make for the paper aiplane is making the wings flat and even. So it can glide instead of flipping over. The two flaps on the front and back were sticking out so I tucked them in. Results: The paper airplane did stay in the air longer but the strong wind changed it's course and blew it sideways. But the wooden airplane which I made no changes to didn't travel as far as before. During this expierience I learned about lift, weight, thrust, and drag. All four of these forces help a plane fly. Also I learned that sometimes a lighter plane doesn't nesscarily make it stay in the air longer. This is because the strong wind could easily blow it off track What I Learned What I Learned Videos video link https://docs.google.com/presentation/d/1qhK_4ei-lXyKzIpu4DUMPomGrKgFS86ggL5J13Ay7nA/edit#slide=id.g34d0abb9d4_0_47 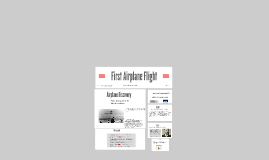 Transcript: The Wright brothers have made the discovery of the first successful airplane on December 17, 1903. Emily Corns, Jewel Carver HOW? "An Airplane is a heavier-than-air aircraft kept aloft by the upward thrust exerted by the passing air on its fixed wings and driven by propellers, jet propulsion, etc." "The wright brothers closely followed the research of german aviator Otto Lilienthal. When Lilienthal died in a glider crash, the brothers decided to start their own experiments with flight. Determined to develop their own successful design, Wilbur and Orville headed to Kitty Hawk, North Carolina, known for its strong winds." www.history.com/topics/wright-brothers http://dictionary.reference.com/browse/airplane?s=t History.com Staff. "Wright Brothers." History.com. A&E Television Networks, 2009. Web. 01 Sept. 2015. "Wright Brothers." Wikipedia. Wikimedia Foundation, 22 Aug. 2015. Web. 01 Sept. 2015. "The Wright Brothers | Inventing a Flying Machine." The Wright Brothers | Inventing a Flying Machine. Smithsonian National Air and Space Museum, n.d. Web. 01 Sept. 2015. Reuther, Kate. "100 Years of Flight: Inventing the Plane." 100 Years of Flight: Inventing the Plane. Scholastic, 2015. Web. 01 Sept. 2015. "Wright Flyer." Wikipedia. Wikimedia Foundation, 17 Aug. 2015. Web. 01 Sept. 2015. "Airplane." Dictionary.com. Dictionary.com, n.d. Web. 02 Sept. 2015. How the Wright Brothers did it. old airplane new airplane Why the Wright Brothers did it. $0.5 December,17, 2003 Bibliography Now we have a newer airplane, we have improved it since 1903 when the first airplane was invented. Airplane Discovery What is it? Plane discovery by the Wright Brothers. http://www.google.com/url?sa=i&rct=j&q=&esrc=s&source=images&cd=&cad=rja&uact=8&ved=0CAYQjB1qFQoTCJCnq-yq1scCFc36gAodkTkAjg&url=http%3A%2F%2Fwww.findingdulcinea.com%2Fnews%2Fon-this-day%2FOn-this-Day--Wright-Brothers-Take-to-the-Air-at-Kittyhawk.html&ei=4NzlVZC3B831gwSR84DwCA&psig=AFQjCNEGSIw1aJfi1VyhQqgR-gFXnDGB-g&ust=1441213884614091 WHY? New and Improved!!!! First Airplane Flight The Wright Brothers studied birds, mostly their wings to get an idea on how to make balanced and controlled wings for the airplane.Their first designs gave no exception toward built in stability. They started out with small models until the completion of their final design. 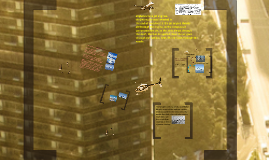 Transcript: The Wright brothers, Orville and Wilbur Wright, invented the airplane. cotton-wool was used for the wing cover. the wright flyer had a four cylinder engine, much like a car. the wright flyer could go as fast as a person running. Orville! an Eurofighter typhoon diamond formation! airplanes have jet engines. the jet engine was invented in the end of world war 2. the jet engine thrusts air through the engine, as the compressor compresses the air. as the air is thrust through the shaft, the fuel is injected. then the air goes through the turbine. next, the air flows through the nozzle. Airplane Presentation 2013 ! Orville! Wilbur! a Boeing 787's test flight! please note the raked wingtips. they reduce drag. airplane producers a Boeing 747-400's test flight! the Eurofighter typhoon is Europe's latest fighter jet. an f-22 escaping from flares! the most famous wright brother picture; the wright flyer goes zooming! a Boeing 777 freighter's test flight! Boeing is Airbus's competitor. The latest Airbus airplane is the Airbus a380. the a380 is the biggest plane in the world, also, the a380 is the world's most fuel efficient plane. the a380 has full-double-decks. the latest Boeing plane is the Boeing 787 Dreamliner. It is smaller than the Boeing 747, but is capable of powering a 747 at cruising. the Boeing 777 is the world's largest wide-body twin-engine plane. the 777-200LR, went from HK to London, the long way, eastward, with an engine shut off! and thus, it was nicknamed worldliner. the freighter version can carry the about the same capacity as the Boeing 747 freighter. Wilbur! military planes thanks for listening! an Airbus a380's test flight. this plane is just a really very big plane! (j.a.r.v.b.p.) (I made J.A.R.V.B.P. up.) note the double decks. thank you for listening! big whoop! this presentation is finished! the F-22 is the America's latest military jet. 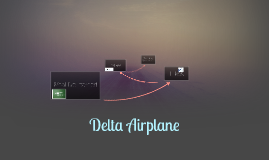 Transcript: Process: Cutting Pasting Measuring Facts of Airplanes: The first flight happened on December 17, 1903. In 1909 Louis Bleroit flew across the English channel Faster Airplane is the SR-71, it flew at 2190 miles per hour 1981the space shuttle entered the atmosphere at about 1500 miles per hour Output: The Finish Product Dislikes The importance of wing shape The different types of wings Forces that act upon an airplane Feedback: Apply more glue glue the whole stick completely Follow all the directions Undesired It did not have a safe landing Desired It flew for a decent amount of time The level of difficulty The comedic value of the instruction No height limitation Speed of the glue What I've learned Technology System Model Delta Airplane Likes INPUT: Wood Paper Glue Ruler Pencil Lack of imagination Lackluster design Fragile wood Picture of a sample plane 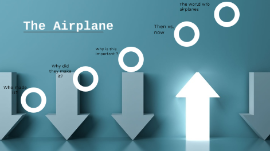 Transcript: The world w/o airplanes Then vs. now The Airplane The Wright Brothers Who made it? The Wright Brothers created one of the biggest travel items in the world ; the airplane. Why? Why did they make it? What inspired the Wright Brothers to create the airplane was The Road to the First Flight, and what that is is a sketch from Orville Wrights notebook, which is what enabled them to make the airplane. Where did they make it? What is a airplane? The Wright Brothers made the airplane in Kitty Hawk, North Carolina. What is a airplane? A airplane is a way of travel from one point to the next. An airplane can go anywhere, overseas , etc. Why is this important? The airplane is important because we would never be able to fly and see family, we would have to go by ship which takes months or even years depending where you are going. It also important because driving would be really consuming to your time and this only takes an hour or two for a couple states. The only bad part is that tickets can be pricey. Why is this important ? Then VS Now The airplane has changed a lot over the years. For instance, the wings on the airplane were two to three wings , and now there is 4. There used to be only 50 seats for passengers, and now there is room for 800 passengers. The world would be really hard to travel , and would take forever to travel on boat. We would have to drive , which we would have to pay for more gas, witch can get very expensive. The gas will make our earth polluted. What would the world be w/o airplanes? 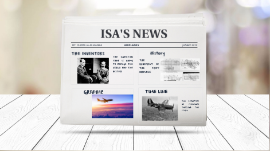 Transcript: AIRPLANES BY: ISABELLA ALMANZA JUNARY 2019 ISA'S NEWS WHO INVENTED IT ? THE INVENTORS THE INVENTION THAT IS GOING TO CHANGE THE WORLD AND THE HISTORY THE INVENTORS OF THE AIRPLANES WHERE ORVILLE AND WILBUR WRIGHT. BOTH OF THEM WHERE FROM THE UNITED STATES ORVILLE WRIGHT BIRTH:August 19, 1871; DEATH:January 30, 1948 HE DEAD AT THE AGE OF 76 HE WAS THE FIRST HUMAN IN FLYING AN AIRPLANE ORVILLE WRIGHT BIRTH:April 16, 1867; DEATH:MAY ‎30,1912; HE DEATH AT THE AGE OF 45 YEARS BY TIFUS WILBUR WRIGHT WILBUR WRIGHT GRAPHIC GRAPHIC 1. Anita Allahverdian. (n.d.). Airplanes: What effects did planes have on our society? Retrieved from https://prezi.com/ee7_4ixle0si/airplanes-what-effects-did-planes-have-on-our-society/ 2. The Guardian. (n.d.). Aviation Q&A: the impact of flying on the environment. Retrieved from https://www.theguardian.com/environment/2010/apr/06/aviation-q-and-a 3. THE FIRST AIRPLANES. (n.d.). Retrieved from http://www.wright-brothers.org/History_Wing/History_of_the_Airplane/Century_Before/First_Airplanes/First_Airplanes.htm#top 4. Airplanes Impact on Society. (2013, December 18). Retrieved from https://prezi.com/bclbdink_5gk/airplanes-impact-on-society/ APA REFERENCESES 5. NASA. (n.d.). Who Invented the Aeroplane? Retrieved from https://www.nasa.gov/audience/forstudents/k-4/home/F_Who_Invented_Aeroplane.html#backtoTop 6. TIMETOAST HOME. (n.d.). History Of Airplanes. Retrieved from https://www.timetoast.com/timelines/history-of-airplanes 7. MILITARY WEAPONS. (n.d.). WW2 Aircraft Timeline. Retrieved from https://www.militaryfactory.com/aircraft/ww2-aircraft-timeline.asp 8. HISTORY. (n.d.). https://www.history.com/this-day-in-history/first-airplane-flies. Retrieved from https://www.history.com/this-day-in-history/first-airplane-flies APA REFERENCESES TIME LINE THE EVOLUTION OF AIRPLANES THROUGH THE STORY TIME LINE 1903:WRIGHT FLY 1915:THE FIRST FIGHER PLANE 1917 :PLANES START TO BE WITH ALUMINIUM 1914-1918:FIRST WORLD WAR 1939-1945:SECOND WORLD WAR 1963:FIRST JET 2003 :100 ANIVERSARY OF WRIGHT FLY 2018:PLANES ARE MORE LONG AND CONFORTABLE THE WRIGHT BROTHERS DIDN'T STUDY BUT THEY HAD A FANTASTIC ABILITY FOR RESOLVE MECHANICAL PROBLEMS.IN 1892 THEY OPENED A BICYCLE SALES AND REPAIR SHOP.IN A SHORT PERIOD OF TIME THEY WHERE MADE UP THEY OWN BICYCLES,THIS AND THEY OTHER JOBS HELP THE WRIGHT BROTHERS TO GET THEY DREAM COME TRUE (CONSTRUCT THE FIRST AIRPLANE).THEY MOVED TO KITTY HAWK (NORTH CAROLINA) FOR CONSTRUCT THE FIRST AIRPLANE.THE INSPIRATION FOR THE WRIGHT WHERE THE NATURE, DRAGONFLIES AND BIRDS. History THE BLUEPRINT OF THE FIRST AIRPLANE