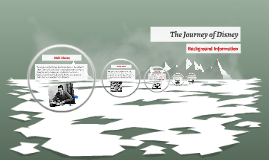 Transcript: 1920-1923 Background Information Disney was employed at the Kansas City Film Ad Company, where he learned how to make "Laugh-O-Grams", which was stop-motion photography, where he first was introduced to the basics of animation. The company eventually went out of business ("Walt Disney"). The Walt Disney Company really began to take off when animated films and programs began to get popularity and take off. The increased popularity made the characters change and grow, producing more and more films and broadening the horizons in the company since the 1930s (Searle-Meehan). Film Making The Journey of Disney Walt's primary dream was to make an optimistic influence on the new generation of America, and make a fun place, Disney Land, that all families could enjoy, since it was supposed to be all about equality, and financially realistic for all families (Watts). The creator of the Disney dream was born on December 5, 1901. During his childhood he was constantly drawing his thoughts and got a passion for characters and other aspects of putting thoughts and dreams onto paper to make them come to life ("Walt Disney"). In 1995, Disneyland theme park in Anaheim, California and set a new standard for family entertainment. Sadly, Walt didn't live to see the opening of Disney World in Orlando. He died on December 15th of 1966, while the park opened for business in 1971. Disney Land / World Motivation for Disney Land Walt Disney 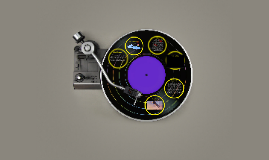 Transcript: Married Life. UP - Disney/Pixar Jack Franzmann End Scene The music in the Married life scene is a happy fast pace and sets a kind of up beat mood (happy). When they are at the wedding ceremony the first family shown the song gets really loud and exciting giving us the idea that the family is some what fun to be around or loud and crazy. When it goes to his family the music slows down and becomes really dull, this gives us the idea that his family is really serious and boring. When they finish painting the song makes a slow descent giving us the idea that something has gone wrong (Him for getting paint on the new letter box, when she see’s what he has done she shrugs it off and does the same). The music then returns back to the happy-upbeat music. When the house is finished what’s sounds like a harp begins to play, this sound gives us the sense of achievement. When they are lying down looking at clouds and they start to see babies, the music turns really soft and gives the scene a kind of delicate touch. When she finds out she lost the baby, all the instruments but one fade out, this allows us to focus on the scene at hand and gives us an idea of how she is feeling. The very next scene she is sitting on a chair motionless obviously thinking about her miscarriage, then Carl walks out with her childhood dream book, the music goes from slow and sad back to regular and upbeat. When she falls over and goes into hospital, the music goes back to the piano, playing slowly giving a depressive mood. At the start of the prize giving there is a heroic achievement mood again this is going on as all the scouts are receiving their awards. Once it gets to Russel the music dies down and he looks around for Carl, once you hear Carl say “excuse me” in the background, once Carl receives the reward a slow paced piano starts playing this sets a very touching mood. The closing scene uses the same slow paced piano and continues on with the happy ending vibe. END SCENE. The film up “UP” is a 2009 Animated, Comedy-Drama adventure film. It was produced by Pixar Animation studios and was released by Walt Disney Pictures. This film is based around an elderly widower names Carl Fredrickson and a young wilderness explorer named Russell. Fredrickson’s dream was to travel to see the wilds of south America and complete the promise he made with his wife, Ellie. Russell becomes an accidental stowaway in his effort to earn his final merit badge for assisting the elderly. The film was co-directed by Bob Peterson, with the music composed by Michael Giacchino. Up received 15 Awards, these are AFI Movies of the Year, Bodil Awards for Best American Film, Critics’ Choice Awards for Best Composer, People’s Choice Award for Favorite Family movie, PGA Producer of the Year Award in Animation, Robert Award for Best American Film, Teen Choice Award for Choice Summer movie, Academy Award for Best Animated Feature Film, Academy Awards for Best Original Music Score, Golden Globe Award for Best Animated feature film, BAFTA Award for Best Animated Film, Golden Globe Award for Best Original Score, Blimp Award for Favorite Animated Movie, BAFTA Award for Best Film Music and Critics’ Choice Movie Award for Best Animated feature. Married. UP. 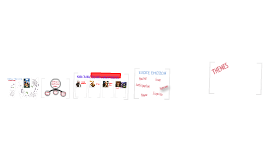 Transcript: MAIN CHARACTERS AND CHARACTERISTICS Hope Humor Carl saves everyone from Mr. Muntz and fulfills his and Ellie's dream. Russell After Ellie dies and Carl refuses to sell their house, Carl is court-ordered to move to a nursing home Charles Muntz Ellie Qualities a "good" movie" exhibit Carl and Ellie fall in love and get married after being childhood sweethearts Mr. Carl Fredrickson Surprise THEMES Evoke Emotion EVOKE EMOTION Carl finds out that his hero, Charles Muntz, is up to no good. Carl and his new friends are in great danger. Sorrow Anticipation Love Carl manages to travel to South America via his house in order to land the house on Paradise Falls Appealing Characters Meaningful Themes Disney Pixars Up Summary Outline