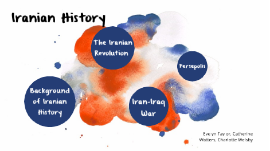 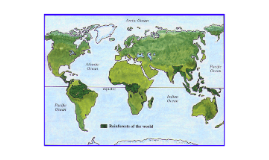 Transcript: The Amazon Rainforest Tropical Africa Tropical Rainforests of Southest Asia Philippine Rainforest So, where are the tropical rainforests located? Tropical rainforests have an average humidity from 77-88%. They also have an average of 50-260 inches of rain per year. "Greatest Places:Notes:Amazonia", http://www.greatestplaces.org/notes/amazon.htm Hainer, Rob. "Ecosystem of a Squirrel Monkey." Pawnation. AOL, 2014. Web. 11 Mar. 2014. C., Zachary. "Bengal Bamboo." Blue Planet Biomes. West Tisbury Elementary School, 2010. Web. 11 Mar. 2014. "Kapok Tree." Blue Planet Biomes. West Tisbury Elementary School, 2010. Web. 11 Mar. 2014. C., Dylan. "Wagler's Pit Viper." Blue Planet Biomes. West Tisbury Elementary School, 2010. Web. 11 Mar. 2014. York, Emma, ed. "Kigelia Africana (Sausage Tree)." Kew Royal Botanic Gardens. N.p., n.d. Web. 12 Mar. 2014. "Tarsier." A-Z Animals. A-Z Animals, 2008. Web. 12 Mar. 2014. (Zachary C. "Bengal Bamboo") (Rob Hainer "Ecosystem of a Squirrel Monkey") (Dylan C. "Wagler's Pit Viper") This plant is called Bengal Bamboo. It can grow to be 80 feet tall and live up to 40 years. It is very important in the enviroment preventing erosion and providing shelter. Over 8,000 species of plants have been discovered in Tropical Africa ("Kapok Tree" Blue Planet Biomes) It plays an important part in the ecosystem as a producer, but also provides food, habitat, and shelter for other animals. It gets its name from its distinct shape. It is also toxic to humans. Unlike other bats, it only eats pollen (Greatest Places) This is Kigelia Africana, or "Sausage Tree." The Squirrel Monkey keeps the population of small insects down by eating them and provides food for other predators. Kapok Trees are giants in the rainforest. The tree can reach heights of 150 feet and a diameter of almost 10 feet. This is the Tarsier. Its the smallest monkey in the world. It keeps the population of insects down by eating them, as well as small birds, frogs, and lizards. Tarsiers also provide food for cats, birds of prey, and large snakes. The Amazon is home to 16,000 species of trees Its fruit is toxic to humans, but provides medicine, as well as food for animals such as elephants. (Emma York ed. "Kigelia Africana [Sausage Tree]") The tropical rainforests are located in a band around the equator stretching to about the Tropic of Cancer (23.5 degrees N) and the Tropic of Capricorn (23.5 degrees N). This is Kigelia Africana. Or more commonly known as the "sausage tree." ("Tarsier" A-Z Animals) ("Kapok Tree" Blue Plane Biomes) Tropical rainforest temperatures range from 68 to 93 degrees Fahrenheit. This is the Pollen Bat This is the Squirrel Monkey Tropical Africa covers over 2.2 million square miles of land This is a Wagler's Pit Viper. It is a nocturnal snake that has special heat sensors just behind its nostrils that sense warm-blooded animals while it is hunting in the black of night. The Pit Viper is a predator to mice, lizards, and birds, but also is a source of food for the King Cobra.