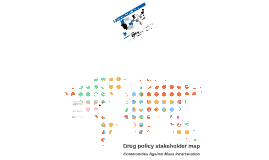 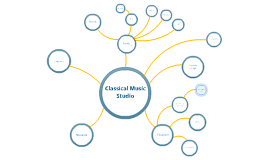 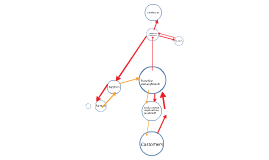 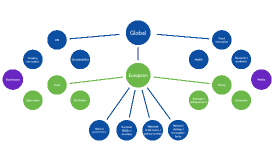 Transcript: Global European UN / World Governance UN Food and Agriculture Organization of the United Nations Specialized agency of the United Nations that leads international efforts to defeat hunger. http://www.fao.org/home/en/ World Health Organisation Directs and coordinates international health within the United Nations system. https://www.who.int/about UN World Food Programme The World Food Programme (WFP) is the leading humanitarian organization saving lives and changing lives, delivering food assistance in emergencies and working with communities to improve nutrition and build resilience. https://www.wfp.org/ World Economic Forum Independent international organization committed to improving the state of the world by engaging business, political, academic and other leaders of society to shape global, regional and industry agendas. weforum.org World Resources Institute Global research organization that turns big ideas into action at the nexus of environment, economic opportunity and human well-being. https://www.wri.org/about Funding innovation Funding innovation Culterra Capital Culterra Capital is an advisory firm focused solely on tech-driven innovation across the food supply chain. https://www.culterracapital.com/ AgFunder AgFunder is a new kind of venture capital firm. Our mission is to invest in technologies to rapidly transform our food and agriculture system. https://agfunder.com/ Sprout Agritech Backs bold agtech and foodtech businesses and entrepreneurs globally. https://sproutagritech.com/ Sustainability Sustainability International Panel of Experts on Sustainable Food Systems (iPES-Food) The International Panel of Experts on Sustainable Food Systems (IPES-Food) is an independent panel of experts with a mission to promote transition to sustainable food systems around the world. Since 2015, IPES-Food has shaped the debate on global food system reform through scientific reports & detailed policy recommendations. http://www.ipes-food.org/about/ Food innovation Food innovation EAT Forum EAT is the science-based global platform for food system transformation. EAT is a global, non-profit startup dedicated to transforming our global food system through sound science, impatient disruption and novel partnerships. https://eatforum.org/about/ FReSH FReSH (Food Reform for Sustainability and Health) is an effort to drive the transformation of the food system and to create a set of business solutions for industry change. FReSH is a project of the World Business Council for Sustainable Development. https://eatforum.org/initiatives/fresh/ Future Food Network The Future Food Institute is an Italian-based non-profit with global horizons that aims to build a more equitable world through enlightening a world-class breed of innovators, boosting entrepreneurial potential and improving agri-food expertise and tradition. https://futurefood.network/institute/ Institute of Food Technologists Forum for passionate science of food professionals and technologists to collaborate, learn, and contribute all with the goal of inspiring and transforming collective scientific knowledge into innovative solutions for the benefit of all people around the world. https://www.ift.org/about-ift Global Alliance for the Future of Food Philanthropic foundations working together and with others to transform global food systems now and for future generations. https://futureoffood.org/ Food Revolution Network i Committed to healthy, ethical, and sustainable food for all. It aims to empower individuals, build community, and transform food systems to support healthy people and a healthy planet. https://foodrevolution.org/ Health Health Joint Programming Initiative ‘A Healthy Diet for a Healthy Life’ (JPI HDHL) Consists of 26 member countries within and outside Europe, working on the integration of research in the areas of food, nutrition, health and physical activity, to help prevent or minimize lifestyle-related chronic diseases. https://www.healthydietforhealthylife.eu/index.php/about-jpi-hdhl/what-is-jpi-hdhl Federation of European Nutrition Societies The Federation of European Nutrition Societies (FENS) is a non-profit Federation consisting of 26 European Nutrition societies, each representing one country. https://fensnutrition.org/ The Nutrition Society The Nutrition Society was established in 1941 and is dedicated to delivering its mission of advancing the scientific study of nutrition and its application to the maintenance of human and animal health. https://www.nutritionsociety.org/about Wellcome Trust Global charitable foundation dedicated to improving health. It supports bright minds in science, the humanities and the social sciences, as well as education, public engagement and the application of research to medicine. https://eatforum.org/partner/wellcome-trust/ Global Alliance for Improved Nutrition (GAIN) Swiss-based foundation launched at the UN to tackle the human suffering caused by malnutrition. Working with governments, businesses and EU 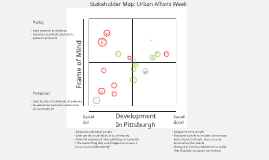 Transcript: Stakeholder Map: Urban Affairs Week Cameron I originally primarily looked to personal stories to tell the story whether or not gentrification was a bad thing, and those stories that were most often discussed were those from the displaced. - At least 14 locally owned businesses - 1.6% of East Liberty jobs are held by East Liberty residents Read about the people being moved from different parts of the city People are afraid this might happen to them. East Liberty is highly contentious and often has a negative stereotype associated with how development happened. Eric Aly Shaw Annie - gentrification, urban development, or population growth are necessary and unstoppable forces. Uses research as evidence Describes technical solutions to systemic problems Robert Personal Annie My views of gentrification were very much informed by my experiences in New York City and Portland, Oregon. Both had experienced rapid gentrification to the point that it was increasingly difficult for non-wealthy residents to live comfortably and hope to have savings. From a community with a major history of redlining, but less with a current history of gent. b/c of total economic collapse > no one is moving anywhere > no influx of capital/investment anywhere // poorest city in US Vague understanding of gent. as a social evil from reading about neighborhoods in other places > no ancedotal evidence, only very high-level policy understanding Clark Alex S. Sandoval The voice of communities lie within their abilities to organzie, inform, and empower their citizenry. "A developer is going to develop, it is just a matter of if are smart enough to work with the developer and leverage them to fulfill the communities needs." "Even 20 percent is progress." Displaces vulnerable people Destroys the social fabric of a community Powerful developers take advantage of residents "The worst thing that could happen to us would be to become East Liberty" Uses stories of individuals as evidence Speaks about personal experiences and perceptions Social Good Policy Clark Cameron I now see gentrification as presenting a potential good for the community, so long as the community is given the tools to determine its future vision for the new influx of wealth. However, more often than not, it is my understanding that communities are not engaged to the extent that they should be, and are not empowered as a result. If people are committed to helping communities realize their goal, then gentrification can act positively for residents. Development In Pittsburgh Eric "Pittsburgh does not have a housing policy" Displacement in East Liberty: - At least 400 residents - 764 subsized units "Gentrification works for those who organize it." Nic The conventional narrative about gentrification is an oversimplification of a complicated system Indirect displacement occurs at a much lower rate than the narrative suggests -- Jacob Vigdor Direct displacement is not an essential element of private development of blighted urban neighborhoods Many residents in neighborhoods undergoing significant change benefit from the additional choices in resources and rising property values -- Lance Freeman It must be approached prospectively and carefully to ensure that the most people benefit. Nic Change is a constant and must be managed not resisted Homeowner stabilization efforts are insufficient to mitigate blight at scale Vouchers and projects are too inflexible to meet the changing need for housing over time Tax credits are a powerful tool to guide the course of development in a community but without a buyer on the other end, developers will not be incentivized effectively Wealth building and community development require the adoption of strange bed-fellows in order to effectively leverage forces in the real estate market Frame of Mind ROBERT Reinvesment is an opportunity anyway, if a community (neighborhood and city level) has been proactive with policies to ensure that low/moderate income housing will be included as a part of the continued fabric. But no space - no kinship network - is unchanging. Displacement is a myth Residents benefit from lower crime-rates, better funded schools, more grocery stores and other assets Changes in housing markets are a reality that should be accepted not resisted Social Evil 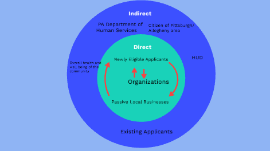 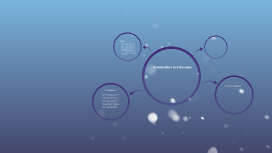 Transcript: Teachers Community helpers Community helpers are very important. They can show students first hand what they are learning about because its the job they do everyday. It is nice to get people from the community to help teach students about specific topics and trades because they are experts in what they do so they can give the student more information. Teachers use collaboration to best help their students. They collaborate with other teaches who teach the same grade level to figure out the best way to implement the lessons. They collaborate with teachers in higher and lower grade levels. But they also collaborate with people who specialize in specific things they want to teach about. Stakeholders in Education Families of students Co-Teachers The families of students want to be involved in their students education. They like to be informed on what thier children are learning and how they are doing. However, it is hard when the families also work. They dont always have the time to meet with the teachers. It is nice when the teachers send video mesages, or newsletters home letting the families know what is going on. Co-teachers are there to assist the teacher. They sometimes take small groups to help specific students all at once. They answer questions so that one teacher can focus on questions and one teacher can focus on the lesson. They also make sure the students are staying on task while the teacher is teaching the lesson. 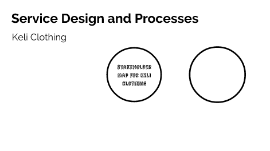