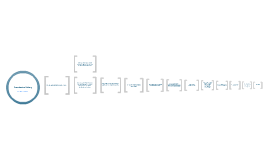 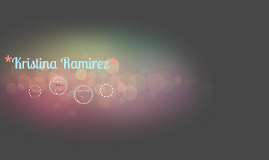 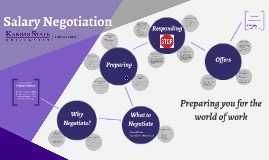 Transcript: Preparing Preparing you for the world of work Why Negotiate? The location of the position may impact expenses, particularly housing. Consider Your Strengths & Skills Find out when they conduct performance reviews If it is after 1 year, ask if they would consider a 6 or 9 month review to evaluate your performance review your salary Decide if you want to accept offer What to Negotiate In many instances, an employer may offer a lower salary than they actually have in the budget because they expect you to negotiate. Some employers don't have a large budget to negotiate (small non-profits or start-ups, for example). Career Center Salary Negotiation Try to avoid being first one to mention salary, or a specific figure Practice what you will say if asked about your salary requirements in an interview Also practice what to say if given a specific offer Powercat Financial has great resources: http://www.k-state.edu/powercatfinancial/budgeting/ Cost of Living Calculator: https://money.cnn.com/calculator/pf/cost-of-living/ Salary Health benefits Leave Childcare Retirement benefits Continuing education Flexible schedule Parking expenses Certifications/License fees Relocation expenses Personal use of company software Have a Plan! Practice! Offers In the U.S., a wage gap exists because some people are more comfortable negotiating than others. Questions? Ideally employers give you deadline to decide. (ex. 1 week) If not, you can ask for more time. Thank you so much for the offer. I am definitely very interested, but need some time to consider it. Would it be possible to get back to you by ___(date)? Step 2. What if its a lower offer? Research Salaries What are some of the things you will need to budget for? Employer's Starting Point What to Negotiate Do not continue to interview or pursue other offers if you have already accepted an offer Reflects poorly on you Recruiters may not return to K-State Step 2: Add evidence. Talk about specific skills and experience that will add value to the organization There are a number of strengths that I can bring to the organization, including a strong work ethic and leadership skills, which I’ve honed through being active in multiple student organizations. I believe that that these skills combined with my proven ability to lead teams will make me a strong employee. Reasons to Negotiate www.ksu.edu/careercenter What are your unique skills and strengths? How will these skills help the employer? Responding 148 Berney Family Welcome Center Employer asks about Salary Expectations... Kansas State University How much time do I have to respond? On the Application List "negotiable" if possible, or target salary/range based on your research During Interview I'm really interested in the position, but I'd like to learn more before discussing salary After Interview Very interested, would certainly be glad to respond to a specific offer. Estimate Your Living Expenses Do this BEFORE your interview Use multiple resources: Career Center K-State Post-graduation data Salary.com Glassdoor.com O*NET Determine salary ranges based on research and your skill set. Dream Number Ok Number Walk Away Number What if it doesn't work? Raises and bonuses are often a percentage of your original salary. What if I’ve been given an offer by one company, but my top choice still hasn’t given me an offer? OK to approach top choice, let them know you have another offer. Ask if they can provide you more information on their timing. May prompt offer. Negotiating professionally can lead to a strong first impression of you as a new hire. Rule of Thumb: Negotiate for what you need Set Benchmarks! Have one offer; hoping for another... Accepting an Offer The Career Center facilitates the career readiness of all students throughout the K-State community. Step 1: Show you’ve done research Thank you for the offer. I am very interested in the position and your organization, and believe this role is an excellent fit. I’ve been researching typical salaries for someone with my skills and experience and was hoping for something closer to $___________.