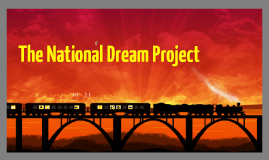 Transcript: Simon Posada Sara Echeverri Group 10a 7. The National Policy was a Canadian economic program introduced by John A. Macdonald's Conservative Party in 1876 and put into action in 1879. It called for high tariffs on imported manufactured items to protect the manufacturing industry. 6.He used the tensions in the Northwest. He argued that with a railway, it will be faster to transport troops. 4.The pacific scandal occured because Macdonald wanted to be re-elected, but he didn’t have enough money for his campaign. Macdonald asked Hugh Allan if he could help him with the necessary money. In return, Macdonald promised a guaranteed railway contract, if he won the elections. The conservatives won the elections of 1872, and in 1873 documents with Macdonald’s promises were made public. Mackenzie, who won the elections, thought the railway was an unnecessary waste of money, stopping the construction of the railway. Macdonald perceived the occupation of the vast plains of the West as vital national interest. The building of the CPR would assure the sovereignty of Canada over the territory and eastern industry would have access to the resources and the customers of the West. 2. CPR stands for Canadian Pacific Railway Some pictures The immigration policy was designed to maximize the investment in such an expensive railway and to provide customers to eastern industry. The high tariffs would ensure the development of a Canadian industry and assure a better standard of living and jobs for Canadians. 1. It was the dream of Jonh A. Macdonal, but also it was a condition of B.C to join confederation. 3. The CPR was formed by Sir Hugh Allan. The National Dream Project 5. William Van Horne was given almost complete control over the building of the CPR. More than 35.000 workers were employed; many of them came from china. 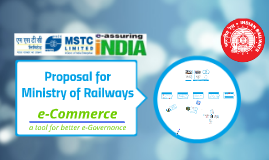 Transcript: Ministry of Power, Government of India, appointed MSTC as the agency to manage the e-bidding process for disbursement of subsidy from PSDF. Such appointment was duly approved by the Cabinet. MSTC can customize registration of bidders as per Railway procedures before participation in e-bidding. MSTC customizes the bidding process in such a way that minimizes the transportation cost if there are multiple bidders and multiple supply locations. The on-line bidding of MSTC is a part of on going decision making process of the Government and should be entrusted only to Government owned agency with total neutrality and without any conflict of interest at present or in future. To introduce e-Auctions and e-procurement in Indian Railways to bring in enhanced transparency and improve process efficiency and effect huge savings both in time and manpower. + No outsourcing of any part of services. Fully capable in-house team of experts and high power IT Infrastructure. Third party neutral service provider with no conflict of interest in the business processes. Complete range of services from catalog making to issuance of System generated Sale Order and Delivery Order powered by e-payment facilities. The oldest organized scrap marketplace with the largest bank of customers. Government of Andhra Pradesh appointed MSTC as the e-auction service provider for conducting global e-tender-cum-e-auction for selling 8000 MT of confiscated Red Sander Wood. MSTC successfully sold old used rail scrap through e-auction from a scrap yard in Southern Railway during a short pilot project. This scrap item was not getting sold through departmental auction for more than four years. MSTC’s registered customers lifted the entire stock after making full payment. Government of India appointed MSTC as the service provider for managing the e-bidding process ahead of any other service provider including NIC. a tool for better e-Governance Indian Railways sells 10 lakh tonnes of metallic scrap valued at INR 1500 Cr every year (approx.) (source Report no PA 8 of 2008 Railways) Scrap disposal is a peripheral assignment and not the core arena for Railways. Even the Memo numbered 2015/AC-II/46/2 dated July 2015 reports that Railways Convention Committee have pointed out their concerns on CAG report of 2014 where CAG has pointed out delays/non-verification of stock/non-clearance of debt-credit balances under sales suspense. Issues have been pointed out in lifting of material without recovery of ground rent. The following diagram from report no 26 of 2014 (Railways) shows the flow chart of scrap disposal which seems to be a complicated process. MSTC's core business is in scrap sale through the most competitive and transparent mode, earning revenue and clearing vital space for the Principal. MSTC proposes to partner with railways and help earn 15-20% more revenue MSTC has expertise and network acress the country to take up the assignment of scrap sale of Indian Railways on a war footing, very much like the sale of scrap of Defence. In Defence, about 500 units spread over India are availing MSTC’s services. On an average about 20-30 auctions per day are being conducted by MSTC on behalf of Defence only, while 200-300 auctions and e-procurements per day are being conducted by MSTC throughout, consisting of 1500-2000 lots per day i.e 5,00,000 lots per year as against 75,000 lots approx. in Indian Railways (source Report no PA 8 of 2008 Railways). Pilot Project with Southern Railways: E-Auctions conducted between December 2006 to November 2007 Items sold : Condemned rails from 2004 to 2007 Reserve Price Range : Rs 15,950 to Rs 19,500 per MT Highest Bid Range: Rs 16,001 to 20,234 per MT Average Gain : 5 – 7% The most diversified experience as an auctioneer of scrap. About 250 Central/State Governments and PSU Principals spread over India are availing MSTC’s services. MSTC has completely electronic online Financial management System, therefore no cash transactions are permitted and complete records are available. MSTC also provides e-Payment gateway for payments by bidder so no physical interface is necessary between bidders and seller. The biggest repository of commercial information & knowledge for scrap sale. On-Line User account creation Auto extension of bid by 8 Minutes. Name of the bidders during bidding not visible. Only last bid is visible and bidder has to give higher than the last bid. Bid sheet will be available to Railways after closing of on-line bidding. Due to reduction in time and procedure, huge saving of infrastructure and manpower in disposal process of each unit in Railways. MSTC has the capability to design MIS system for reducing the time and work in Provisioning process of each unit in Railways. MSTC will provide complete Financial Management solution in an online frame work to Railways. The decision making remains with the Railways in the whole e-bidding process of MSTC. We act as a facilitator only. MSTC's e-Commerce Solution Sale of Red 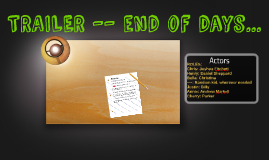 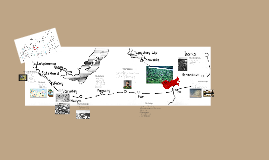 Transcript: The Technology - Building on permafrost - Trans-Siberian Railway - 1947 to 1953 - Gulag 501, 503 - 1300 km tracks - Salekhard - Igarka - Siberian railway The Gulags The railway now - Extreme building conditions - Permafrost - Siberian temperatures - Valuable - Tundra and mosquitoes The Railway - Covered by snow - Possible reconstruction - Memory - The Arctic - The Technology - The Railroad - The Vision - The Gulags - The Utopian project Why was the Arctic Railroad a utopian project? The Utopian project Part of Stalin's Utopia - System of labourcamps - Political 'enemies of the people' - Remote areas - Deathcamps - 501 (Salekhard) - 503 (Igarka) The Arctic Railroad Why was there a need for this railway? - Challenge nature - Prestige - Fitting in communist ideology - Unstable building conditions The Arctic The Vision - Communist Utopia - Great Plan for the Transformation of Nature - Postwar rebuilding - Technology through communist eyes - USSR created by labour and industry