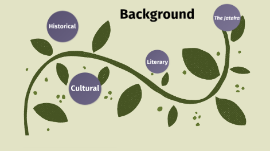 Transcript: Background Historical Historical Background Indus Valley and Harappa - earliest organized settlement in India > established towns and ports throughout what is now Pakistan and western India - disappeared around 1900 B.C.E. - Indo-Ayrans arrived around 2000 B.C.E. > new settled society in what is now Pakistan and northern India Map Cultural Background Cultural Once settled: - worshiped pantheons of gods** - established social hierarchies - practiced rituals and customs - adopted political models Many Indians adopted Hinduism as their religion. (cont. next slide) "Pantheons" means important people or all the gods or people from a religion collectively. Cont. Hinduism - based around self-generation > not a god, but a godhead (god beyond god) > Perusa (Braham) - born of Braham, will return to Braham - polytheistic religion > Vishnu and Shiva Origins of Indian Literature Literary First oral then written - written = 16th century Muslim inspired - Middle Ages Hindu inspired - today The Jataka Background The Jataka - 547 tales and one of the books in the canon of Buddhism - canon of Theravada Buddhism is known as Tipitaka, which is split into 3 main parts - The Vinaya: text containing dicipline - The Sutta: text of sermons and sayings, most coming from Buddha - The Abhidhamma: text containing speculative philosopher, or "higher teaching" - The Jataka is apart of the Sutta, following the actions of Buddha's previous lives -However, The Jataka was composed anonymously over several generations after the Buddha’s death 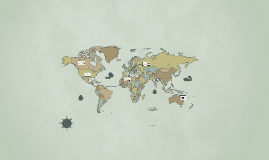 Transcript: Renting a car Day 5 Day 3 Background Information about India - Wake up and drive to Chennai International Airport - Catch your flight from Chennai to Mumbai 2h and 2h 45min layover - Take flight from Mumbai to Newark 15h 55min and 2h25 min layover in Newark - Take 1h35min flight back to Toronto Day 4 Day 6-7 - Drive to Orange County Resort in Bengaluru - Check in one night stay (43,000 Rupees) - Go on elephant tour of forest (Free) - Bike around the resort (Free) - Eat dinner of a vegetarian dish (Free) - Go to sleep - Wake up and eat your complimentary hotel breakfast - Drive to Jodhpur India (9h 11 min) - Eat lunch at Fun n' Food for 7,000 Rupees - After lunch drive to Balsamand Lake and go swimming - After you're done swimming proceed to eat dinner at MID town (4,000 rupees) - Check in at Indana Palace Jodhpur (3,375 rupees) - Go to sleep Day 1 and 2 - Drive to Pearson airport - Board flight Air Canada to Paris7h30 min flight and 9h20 min layover in Paris - Board flight Air India from Paris to New Delhi 8 hour flight - Bored flight Air India to Chennai arrive - Arrive at 3:15pm - Total cost is 1,512$ or 76,754 Rupees for round trip - (Ate on the plane) - To rent a Ford Figo it costs 80 Rupees a day - Total is 240 Rupees for whole trip Congratulations, we did it! - India is bordered by Bangladesh, Bhutan, Burma, China, Nepal and Pakistan - The population of India is about 1.252 billion just behind China. - There are 29 states and 7 territories in India - India was liberated from the British in 1946 and became an independent country - Wake up early and dive to Agra India - Visit the Taj Mahal - Take a tour of the Taj Mahal for 4,822 Rupees - Drive to and eat dinner at Masala Kraft (4,500 Rupees) - Book one night stay at the Courtyard Marriott (3,200 Rupees) - Go to sleep 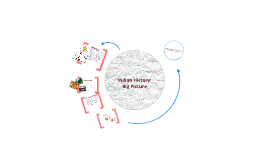 Transcript: India and Pakistan argue over who should control Kashmir -- Kashmir is part of India, but its two-thirds Muslim. 1971: War between India and Pakistan. East Pakistan is supported by India and it becomes the independent country of Bangladesh. 1974: India tests nuclear bomb 1990: Pakistan tests nuclear bomb Present: Pakistan and India still fighting over Kashmir. India and Pakistan The British are coming! Gandhi 1757: British imperialism begins in India -- includes areas of India, Pakistan, and island of Ceylon. Indians who want independence form Indian National Congress. 1920's - 1940: Gandhi uses civil disobedience and passive resistance to try to convince the British to give India its independence. 1947: India given independence from Great Britain. India split in half -- independent countries of India -- Hindu, and Pakistan -- Muslim (East and West). East Pakistan is an independent country today called Bangladesh. An island off the coast of India, Sri Lanka, is also given independence. it used to be known as Ceylon when it was a British colony. India and Pakistan argue over who should control Kashmir--Kashmir is part of India, but is two-thirds Muslim. Imperialism Begins! Answer the questions on the back using COMPLETE sentences!! 1500's: British Empire controls India: Introduces religion of Islam to India. Spreads it to the Kashmir region, which is found in the Himalayan mountains. Its chief product of trade was textiles. The Mughals were also well known for architectural achievements, such as the Taj Mahal. Three European countries set up trading posts in India at this time: Portugal, Netherlands, and England. Gandhi Indian History: Big Picture Hinduism is the largest polytheistic religion. Characteristics of Hinduism: caste system, karma, reincarnation Another major world religion, Buddhism,is founded in India. It is spread to China and Southeast Asia by the missionary Asoka. Asoka=last major Emperor of India Religions