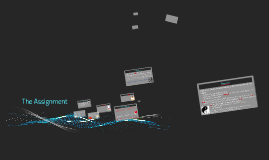 Transcript: The flowers, seed, leaves and roots are edible (and delicious) Way of life, belief through nature and harmony you can be happy Pieces are flat circular disks engraved with a chinese character usually colored red and black (names usually differ on the two sides) About 9.6 million square km and has a coastline of about 18,000 km Daoism Plateaus, foothills and mountains occupy 2/3 of the area One of the most popular board games in China Strategy board game for two players, the game representing a battle between two armies with the object of capturing the opponents general. Japan called it an "incident", as there was no formal declaration of war http://www.travelchinaguide.com/intro/geography/ Pre-Wedding Rituals I Ching is one of the oldest chinese classic texts The second meaning is purification. The purity of the spirit born from the muddy water Lotus Flowers Luo means everything, Pan means bowl Density about 6,898 people per square km Spoken, there many different dialects Focuses more on the individual, sprirtual life, while Confucianism focuses on the social and moral side of life. Strongly emphasizes Social Order and fulfillment of Responsibilities Scientifically- low-frequency, highly concentrated form of infrared radiation Concubines were guarded by Eunuchs Qi - the life energy contained within matter Chinese Emperors often kept thousands Chinese resistance to the Japanese expanding influence in Chinese territory and the Japanese attempting to dominate China Usually using methods of child raising from China and parts of East Asia Located on a peninsula Primary purpose is to acheieve harmony The second Sino-Japanese War Yin-Yang- the belief that totally opposites exist in harmony and are interdependent (one can not exist without the other) Bagua: an octagonal grid containing the symbols of the I Ching Began in 500 B.C., and helps in forming Chinese character and behavior Written, there are two types of Chinese, simplified and traditional Mandarin and Cantonese are just two major types of dialect (dialect depends on region) Nelumbo Nucifera Wedding Day Ceremonies About 121 square km Belief is that it is best to live in harmony with the Dào to attain Longevity The bride's family prepares dowry and give a list of the dowries to the groom's family. A strict or demanding mother who pushes her children to high levels of achievement China- Purpose was to gain balance in life Feng means Wind, Shui means Water In Chinese, it is known as the War of Resistance Against Japan Characteristics of a Tiger Mom Mandarin is a tonal language with four different tones and the same word pronounced in different tones have different meaning Red flowers symbolizes emotions within the heart Chinese Weddings The blanks stripe between is the river (the elephant can not go past and the soldier is "promoted" when it crosses 1945- China becomes one of the founding members of the United Nations 1946- Second Chinese Civil War 1948- Government of the Republic of China established 1949- Nanjing, capital of the Communist Party in China, falls 1949- People's Republic of China founded After the Japan-China War Also a tonal language, but with 6-9 tones and different vowels and consonants Everything in the universe flows the the Dào Men who have been castrated Dào means the "way" or path" Mandarin is the official language of China (Pu Tōng Huà) Pieces on the board are played on the lines of a grid of nine files and ten ranks A woman contracted to a man as a secondary wife, often having few legal rights and low social status and unable to marry the men they served http://khuang.com/learnchineseblog/differences-mandarin-cantonese/ Centered on the ideas of the dynamic balance of opposites, the evolution of events as a process, and acceptance of the inevitability of change They can live for over a thousand years The day after the wedding, the bride should get up early and make a meal for the groom's family Three days after the wedding, the groom and bride will go back to visit the bride's parents. Chinese Chess (Xiàng qí) White flowers symbolize purity High Standards-expecting and insisting on the best Most concubines were commoners and slaves and inferior to the wives The main tools used in a feng shui are the compass and bagua Blue flowers symbolizes knowledge, wisdom and intelligence Children are filial to parents The bridesmaids will play door game with the groom and his attendants. As in everyone has a defined role and proper ways of acting toward each other Obedience to Authority Concubines Will light the dragon and phoenix candle to drive away the evil spirit Newlyweds will drink wine from two cups tied together with a red string, arms crossed from each other Concubines were sometime buried alive with their master to keep him company in the afterlife The Assignment Mandarin is romanised into Pīn Yīn Feng Shui was widely used to orient buildings One of the meanings of a lotus flower is from the ability to rise and bloom above the muddy 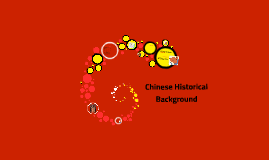 Transcript: Yuan Dynasty Genghis Khan established this dynasty This was the first foreign rule Flourishing trade conquered by Mongols 2nd foreign dynasty- Manchurian Unrest toppled dynasty and imperial rule Avoided outside influences An Empire with an expanse from the Pacific Ocean the borders of Persia and India The worlds most efficient system of government. This was the Golden Age of China. Gun powder(in the use of fireworks and such) and block printing were invented.the chinese were far more advanced than western europe at this time. Religion (1122-256 BC) The Ming Dynasty Chou Dynasty Chinese Religions consisted of Confusionism Buddhism Taoism The Shang Dynasty started around 1600 BC with the capital being Anyang. The government was a monarchy with the language of the people being Old Chinese. The dynasty ended when the Zhou Dynasty took over. Han Dynasty Han Dynasty During this time the chinese established trade with Europe and Western Asia This dynasty was short lived during the chin dynasty a complex The iconic Great Wall of china was built during this time The T'ang Dynasty Central Asians They overthrew the Shang Dynasty The Chinese made advances in philosophy, despite the political turmoil. The Song Dynasty ruled from (1644-1911) Chinese Historical Background 1600 BC - 1046 BC Began in the Yellow River Basin in North China In 1600 BC they developed a complex economic and social system Ch'ing Dynasty Ch'in Dynasty China located in east asia 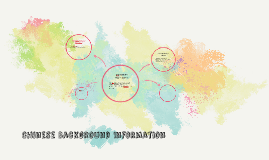