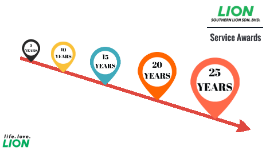 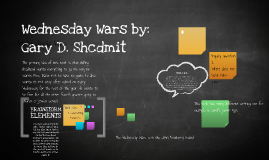 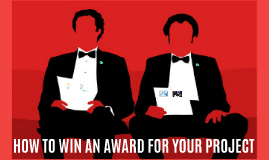 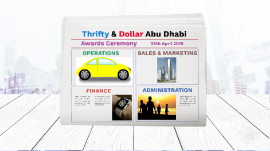 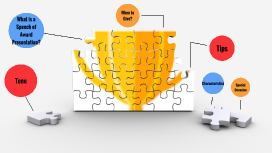 Transcript: What is a Speech of Award Presentation? What is a Speech of Award Presentation? A speech of award presentation is when you are asked or in a position to be the individual announcing the recipient(s) of an award, prize, or honor. Characteristics Characteristics Recognize and praise the candidates that did not receive it Explain the significance of the award Highlight the important achievements of the award recipient Briefly explain who you are and why you are giving the award Special Occasion Special Occasion A speech of award presentation is the special occasion speech to celebrate. Speeches to celebrate will honor or highlight a person, group, institution, place, or event. When to Give? When to give a Speech of Award Presentation? Award Ceremony Business Meeting Banquet Party Tone Tone The tone of your speech should compliment the personality of the person, group, institution, place, or event being celebrated You should set and mirror the tone of the proceedings Tips Tips for Award Presentation - Pronounce the recipient's name correctly - Be breif - no longer than five minutes - Build the intensity of the moment - Hold the award respectfully and physically hand it over to the recipient 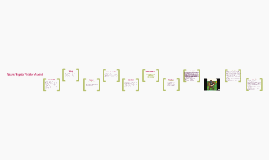 Transcript: Laura Ingalls Wilder Award Green Eggs and Ham Selection Criteria The Grouchy Ladybug Selection Committee (2011) Born in 1867 in Wisconsin Lived to be 90 years old! First book - "The Little House in the Big Woods" 1932 Wrote about her home and family for entertainment purposes Wanted her books to be passed down in her family so children could remember their ancestors When and How Recipients are Announced "The award, a bronze medal, honors an author or illustrator whose books, published in the United States, have made, over a period of years, a substantial and lasting contribution to literature for children." Quoted from the American Library Association Website: Purpose Author or illustrator Has to have more than one book that meets the award criteria Books are published in the US Books have been available for at least 10 years Contribute to children and world literature/has to be children's literature Leading examples of the genre to which they belong New type, kind, or trend of books Award given every two years now Winners are announced at the ALA midwinter meeting and receive the medal at the annual conference in June of the next year Awarded by Association for Library Service to Children who are part of the ALA Characters: Sam-I-Am, unnamed character Point of View: Third person narrator Plot: The story begins with the unnamed character sitting down reading the paper when Sam-I-Am enters with green eggs and ham. Sam-I-Am offers the character the green eggs and ham, which the character refuses. Sam-I-Am follows the character through various settings, trying to get him to try green eggs and ham. Finally, after the character's boat sinks, he tries the green eggs and ham and finds out that he likes them. Theme: The theme of this story is that you should not say that you do not like things before you try to them. Illustration Elements: Characters are established/developed through illustrations Setting is established Style similar to other Dr. Seuss books Stuart Little Book Share Characters: The friendly ladybug, the grouchy ladybug, yellow jacket, stag beetle, praying mantis, sparrow, lobster, skunk, boa constrictor, hyena, gorilla, rhinoceros, elephant, whale Point of View: Third person narrator Plot: The grouchy ladybug wants the aphids on a leaf all for herself. She tells the friendly ladybug that she will fight for them. When the friendly ladybug says that she would fight, the grouchy ladybug says that the friendly ladybug is not big enough, so she flies off to find something big enough to fight. The grouchy ladybug travels from animal to animal to try to find something big enough to fight until it gets to a whale. The whale does not answer the ladybugy, so she continues to fly down the whale, eventually asking the whale's tail if it wants to fight. The whale's tail slaps the grouchy ladybug back to the leaf where it began. The friendly ladybug asked the grouchy ladybug if it wanted the rest of the aphids, and she said yes. Conflict: The grouchy ladybug doesn't want to share. Theme: It is better to be friendly to those around you; nicer to share. Style: Repetitive Illustration -Watercolor -Text is reinforced -Similar to Carle's other books -Characters are established Characters: Stuart, Mr. and Mrs. Little, George Little, Snowbell, Margalo Setting: New York City Point of View: Third person narrator Plot: Stuart is a mouse born into a human family. They must adjust their lifestyle to having such a small son. One day the family bird, Margalo, overhears a plot that one of Snowbell’s friends plans on eating her. She flies away before they can catch her. Stuart is determined to find Margalo. He finds a small car and heads north to find Margalo in the country. The book ends with Stuart not having found Margalo yet, but vowing to. Conflict: Stuart's smaller size, the cat wanting to eat Margalo/Margalo's disappearance Theme: Just because you may be different than someone else does not mean you can’t get along. Illustration Elements: -Characters size is established; black and white drawings with many lines First award in 1954 to Laura Ingalls Wilder From 1955-1980: awarded every five years From 1980-2001: awarded every three years From 2001-present: awarded every two years Dr. Seuss (1980) Each author.... Megan Schliesman, Chair JoAnn Jones Andrew Medlar Martha V. Parravano Angela J. Reynolds History Eric Carle (2003) Laura Ingalls Wilder Picked because at least some of their books were available to children for 10 years leading up to them winning Books have continued to be requested by/read by children Have all made substantial and lasting contributions to children's literature E.B. White (1970)