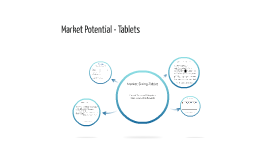 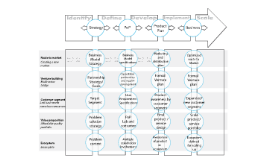 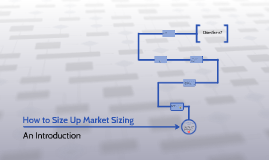 Transcript: Population of Spain = 45m Urban:Rural Population Ratio = 3:1 Urban Market Penetration = 100% Rural Market Penetration = 95% Dividing Urban and Rural URBAN 36m * 75% = 27m 27m * 100% 30 minutes/day 810m minutes/day Population * 3:1 Ratio Market Penetration Est. average daily use = 15 min/day * 7.2m Estimated urban calls 810m min/day Estimated rural calls + 108m min/day Total calls in Spain 918m min/day Age Groups In this situation, does it make practical sense to break it down even more by age group (kids, teens, adults, elderly)? Would that make it more complicated? Does it play a big role? Adding The Elements Estimating the portion (size) of a large pool (market) A hypothetical situation that tests logic Useful business tool for calculations and predictions Population Why is it important though? The Good and the Bad Case Study: Minutes in Spain RURAL 36m * 25% = 9m (36m * 95%) - 27m = 7.2m 15 minutes/day 108 minutes/day Questions? Subcategories Prompt: How many minutes of mobile calls are made each day in Spain? The Process Given population = 45m Exceptions? --> 45m * 80% = 36m Our target audience/pool = 36m Does everyone in Spain own a cell phone? Do some people own multiple? Is there a difference based on class and wealth? Who would likely use more minutes and why? Population A General Approach Taking into consideration: (1) Population size (2) Urban/rural differences (3) Phone usage About 918 million minutes of mobile phone calls are made per day in Spain. Conclusion An Introduction What numbers should I use? Do I have an approximation? What am I dealing with? What is Marketing Sizing? General interview question Logic, clarity, explanations Hypothetical situations requiring no extra "background" information No right or wrong answers! Creativity Population * 3:1 Ratio Market Penetration Est. average daily use = 30 min/day * 27m The Good: Take your time; don't rush - ask clarifying questions Explain your thoughts and logic - back up your reasoning Point out assumptions that you make Use easy and general numbers when you can (ex: U.S population) The Bad: Not taking time to think Making simple math mistakes Getting into too many small details Gaps of silence How to Size Up Market Sizing Possible Logic and Questions Take a few moments to THINK! Don't panic--ask questions if you need to. What's your logic; assumptions? Make a structure: organize, charts, graphs Put it into terms that make sense to you Fill in the blanks, the numbers, the categories... Basics: percentages, fractions, mental math Present your answer and walk through it clearly Explain it so that someone who knows nothing about it could understand 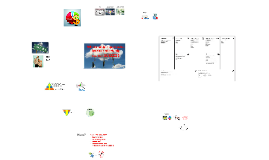 Transcript: FIXED PRICING List price Product feature dependent Customer segment dependent Volume dependent Alchemy October 16, 2014 Market Sizing & Analysis Revenue Streams DYNAMIC PRICING Negotiation / bargaining Yield management Real-time-market What? best at = predicting the past Science For what value are our customers really willing to pay? For what do they currently pay? How are they currently paying? How would they prefer to pay? How much does each Revenue Stream contribute to overall revenues? Art Why? TYPES Asset sale Usage fee Subscription fee Lending / renting / leasing Licensing Brokerage fees Advertising How? 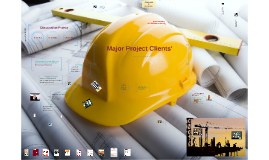 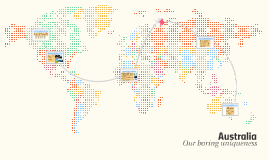 Transcript: Interesting Facts Australia norfolk island Australia's land area is 7,692,024 km2 resulting in the 6th largest country in the world. Australia has a lot of empty land due to the fact that it has 2.66 people per square kilometer and it's population is the lowest in comparison to 137.74 people per square kilometer in China. Sizing Australia has 6 states and 2 territories including: New South Wales (809,444 km²), Queensland (1,852,642 km²), Victoria (237,629 km²), Western Australia (2,529,875 km²), South Australia (984,377 km²), Tasmania (90,758 km² also an island). Northern Territory (1,420,970 km²), Australian Capital Territory (2,400 km²). External Territories: Australia has 8 222 islands apart of our territory including Tasmania, Christmas Island, Norfolk Island, Queensland Islands and many more. Antarctica: Australian Antarctic Territory covers nearly 5.9 million square kilometers, about 42% of Antarctica and nearly 80% of the total area of Australia itself. Our boring uniqueness Economic Exclusive Zone Australias portion An exclusive economic zone allows a state to have special rights regarding the exploration and use of marine resources, over a natural resource. Australia's Exclusive Economic Zone is one of the largest in the world with the total marine area of around 10 million square kilometers. This protection allows Australia to conserve our special marine life for future generations. 1) It is the 6th largest country in the world, occupying an entire continent of some 7.6 million square kilometers. 2) It has the world's 3rd largest ocean territory, spanning three oceans and covering around 12 million square kilometers. 3) Vegetation covers nearly 7 million square kilometers or 91 percent of Australia. 4) The largest Greek population in the world beside Athens in Greece can be found in Melbourne Victoria. 5) Most of Australia's exotic flora and fauna cannot be found anywhere else in the world. 6) The only nation-continent of 20 million people in the world. Interesting distances Australia's coastline is one of the largest in the world; Total length of coastline (with islands): 60 000 kilometers Total length of coastline (without islands): 36 000 kilometers Distance from North to South: 3,685km Distance from East to West: 4,030km Distance to Papa New Guinea: 160km Distance to Indonesia: 3 455km Distance to Vanuatu: 3 617km Distance to New Zealand: 4 155km States and islands of Australia 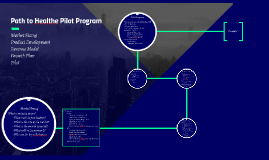 Transcript: Collaborators - Doctors - How many doctors do we need? - Develop relations with doctors - Sign up & Incentive plan for doctors - Quality check on doctors? - What tools do they need? - Tie up with there exisitng system or get them on our - Labs - How many labs do we need? - Develop relations with labs - Signup & Incentive plan for labs - Quality check on labs - Tie up with there exisitng system or get them on our - Insurance Companies? Acquisition Plan - Advertising Channels - 1+5 year plan - Client Retention Plan Update offerings - New Cities - More features - ?? - Have a working app and model (at least 90%) - At least 1 lab tie up - At least 5 doctors tie up - Identify right company to do pilot - Calculate cost of pilot - How long will be pilot? - What all will we monitor? - How many FTEs required? - How to show benefits? - Benchmarking? - Productivity and Actual $$ Market Sizing Product Development Revenue Model Growth Plan Pilot Product Development Market Sizing Develop a model - Define parameters to measure - Develop algorithms - Develop engagement plan for users - Develop algorithm Develop App - Parameters for push/pull information - Integration with other apps - Integration with lab/doc systems - Integration with Insurance Companies Misc - Website development - Record keeping - Database development - Tie up with existing systems Revenue & Cost Model Which market to target? - Which will be first location? - What is the size of the market? - What is the growth potential? - What will be the approach? - Who are the key collabrators Cost - Programer and QA - How many FTEs do we need? - Sign-up with database company - What size storage do we need and associated cost - Cost of customer acquisition? - Cost of lab tieup - Cost of doctor tieup Revenue - Define revenue model? Subscription based? - What is sign-up fees - Define packages Break Even point & Sensitivity analysis - 1st month, quarter, year margins - Working capital required Thoughts? Growth Strategies Pilot Program Path to Healthe Pilot Program