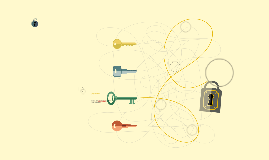 Transcript: I am a kid. sara monjaras. i love cats i love you Thank you! jolly rancher 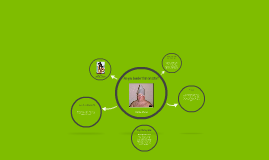 Transcript: Target Demographic Host Regular people choosing the most knowledgeable celebrity to answer questions for them. Mainly basic trivia directed towards average joe-blow contestants who have an option of 4 celebrities to ask. When the celebrities answer you have the option of agreeing or disagreeing. The celebrities change every week to change up the show. The more questions you answer correctly, the more points you get in return. At the end of the episode you can trade in your points for cash or for a variety of options for prizes. Game Show Are you dumber than an actor? Type of contestants Basically anyone who has a TV and knows how to use it. This show will be humorous depending on the Stars. this will generally be a Family TV show. Prizes Kim Kardashian (before she got pregnant) Basic premise/general rules? 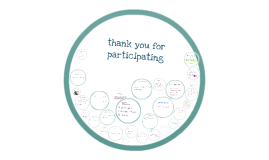 Transcript: next question if someone you know is being cyberbullyed tell and adult you trust DONT PARTICIPATE IN BULLING so.... a blueberry don't give out your password game show! 1-800-668-6868 don't respond to other peoples bullying and tell an adult if you think its necessary or, if it continues MARCUS DUNN!!!! what is the kids help phone # Yes!! what are some side effects of cyber bullying? anti social behavior 2: if you say something online it's always going to stay what is yellow curved and is a plant it is illegal and you can be punished first to squeeze the bell get to answer the question cyberbullying! there are random bonus questions that the whole audience can answer next question random bonus question what is the best way to not get cyberbulled tell your an adult you trust if you are getting bulled so.... If you are getting in your opinion harassed by messages or posts is it illegal? another question ! turn your settings to private first question unlike any bullying comments or posts 1: people think they are anonymous online if you receive a message online that makes you feel threatened is this illegal? thank you for participating next question what are some basic rules of safety on the internet change your settings to private bibliography http://www.kidshelpphone.ca/ list three places you can go for help give three reasons why cyberbulling is just as bad or worse than normal bulling suicide its a show that's a game! random bonus question think before you post or say something online If you have a sticky under your desk you are a surprise contestant this weeks topic Rules don't friend people you don't know noun the use of electronic communication to bully a person, typically by sending messages of an intimidating or threatening nature. random bonus question next question just kidding a banana answer the question and you get candy it is illegal and you can be punished criminally and charged as an adult. next question 1 an adult you trust 2 kids help phone 3 the police yes! http://en.wikipedia.org/wiki/Cyberbullying Next Question! This is all hosted by...... 3 everyone can see it depression http://www.youtube.com/watch?v=-5PZ_Bh-M6o give examples of a responsible bystander Watch the video and see how the bystanders solve the problem if you receive a threatening message tell an adult. 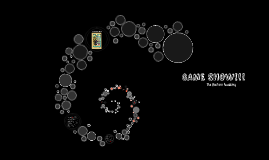 Transcript: Count Olaf (Couch Genghis) is the main antagonist in this novel. This abusive, greedy, malicious, and self-centered arsonist is responsible for burning down the Baudelaire's house. Posing as a gym teacher, he gets himself appointed as the children's P.E. teacher, so that he and his henchmen can steal the Baudelaire fortune. Olaf is expressed as greedy when the author directly states in the following, "If you were going to give a gold medal to Count Olaf, you would have to lock it up some-place before the awarding ceremony, because Count Olaf was such a greedy and evil man that he would try to steal it beforehand." Another example which states that he is abusive and malicious is, " The Baudelaires gasped. What they were gasping at was what each of the women was dragging toward the car. Each powder-faced woman was dragging one of the Quagmire triplets, who were struggling desperately to get away," on page 208. He was kidnapping the Quagmires because the Baudelaires were under protection, and the Quagmires have a fortune of their own, so he abducts them instead. Furthermore, we can now conclude that Olaf is a malevolent and nasty man who is greedy for money, no matter how much he has. One internal conflict faced by the Baudelaires was that they were always very tired, which caused them to do poorly in their classes. Coach Genghis (Count Olaf in disguise), made them run laps all night in a program he called S.O.R.E. or Special Orphan Running Exercises. "Another internal conflict faced by the Baudelaires was that their teachers weren't very noble, yet they were still required to take tests on the things they had "learned." for example, "One day I went to the store to purchase a carton of milk," Mr. Remora would say, chewing on a banana.This was a problem because it was hard to concentrate on all the pointless questions and descriptions, so concentrating was a conflict. One final internal conflict faced by the Baudelaires was that nobody else but the Quagmires believed that Coach Genghis was really Count Olaf. This was hard for them because they had to find a way to get out of his grasp all by themselves. No matter how smart they are, they are still very young, and Count Olaf is an adult, so naturally, Count Olaf would have more intelligent views than the Baudelaires. Who is Count Olaf? The type of irony expressed throughout this novel varies according to the situation. One example of dramatic irony is when the Baudelaires contemplate that they are innocuous from Count Olaf, but unexpectedly, he appears the next day. This is proven when Violet says, "He is not a coach, he is Count Olaf." Here, Violet evidences that Olaf's disguise is not good enough to trick the Baudelaire orphans. Another example of irony is verbal irony. This is exposed in the beginning of the story, "'Memento Mori'—'Remember you will die.' The Baudelaire orphans looked up at the motto and vowed that before they died, they would solve this dark and complicated mystery that cast a shadow over their lives." Here the author directly states that the motto refers to misery and pain, instead of hinting the reader through tone. Out of the various ironic events occurring throughout novel, these are some examples which describe the most common irony usage; dramatic and verbal irony. school The genre of the novel, The Austere Academy by Lemony Snicket is very conspicuous indeed. The main genre revealed in this book is realistic fiction. This was portrayed throughout the novel because all the events that take place are possible to happen in real life. For instance, "Their trouble began one day when they were relaxing at the beach and received the distressing news that their parents had been killed in a terrible fire, and so were sent to live with a distant relative named Count Olaf." This unveils that even in real life, this situation has a possibility to occur. This is one of many examples which clearly support the fact that events such as losing parents in a house fire can occur in real life. With this in mind, we can say that the main genre is realistic fiction. There are many themes in this novel but the main ones are that nothing is ever at it seems and to never give up. To begin with, one theme in this book is that nothing ever is as it seems. An example which supports this is when Coach Genghis tricks everyone into thinking he is a coach and that he is not Count Olaf. An example is when Violet says, "He is not a coach, and he is Count Olaf." He even jesters the advanced computer. Additionally, the cafeteria ladies illustrate this theme. They don't seem unkind or wicked but they are on Count Olaf's side, and they help in the kidnapping of the triplets. "The five children handed their scarcely eaten lunches to the cafeteria workers, who blinked at them silently from behind their metal masks, and walked to the administrative building." Here the cafeteria workers appear like they are innocent and have no important role in this novel other that being 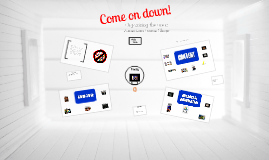 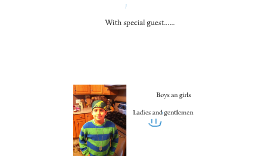 Transcript: Ladies and gentlemen Boys an girls It is that time again for......... PAY ATTENTION With your 2 hosts Ethan and...... Ben With special guest...... Kale!!!!! this has been brought to you by cowboy crunchies now time to start 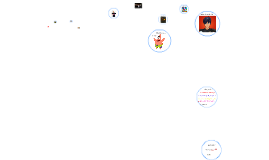 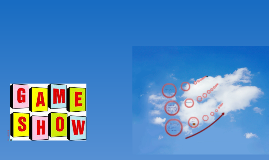 Transcript: When was the first Babe Ruth Day celebrated? Answer: A) E.T. B) Schindler's List C) Waterworld What happened on April 18th, 1923? The flight crew Pete Carroll, 1994, 6-10 record. On July 18, 1999 who pitched a regular-season perfect game? Morocco Alfred Hitchcock On January 3, 1920, the Yankees purchased the contract of Babe Ruth from what MLB team? Which current top ten college head coach led the Jets for one unsuccessful season in the 1990's? Thanks for playing! Which 1970 film starred Al Pacino? April 27, 1947 What is the Jets cheerleader squad called? Harry Potter Who directed Rear Window and Vertigo? How many world championships did the Yankees win in the 20th century? 1978 Titans Answer: By: Jaclyn Natoli Pete Carroll, 1994, 6-10 record. Pete Carroll, 1994, 6-10 record. A) Steven Speilberg B) Alfred Hitchcock C) John Ford Answer: The Jets switched from white headgear to green in which season? Dog Day Afternoon Answer: 26 The Jets switched from white headgear to green in which season? Yankee Stadium opened Answer: A) The Devils Advocate B) Two Bits C) Dog Day Afternoon Where does the 1943 film Casablanca take place? David Cone Which of the following is NOT a Steven Speilberg film? A) Morocco B) Spain C) Egypt What character is actor Daniel Jacob Radcliffe better known as? Question: Boston Red Sox 1963 What year did the team take on the Jets name? Pete Carroll, 1994, 6-10 record. What was the team's original nickname before they became the Jets? Movie Section: Waterworld