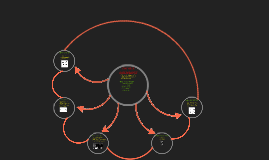 Transcript: GREAT SEAL STYLE ORACLE STYLE This is a general term for many variation of styles , which came into use during the Chou dynasty The characters more often have round ends and corners , mixed with varying thickness's in the line strokes CHINESE CALLIGRAPHY The word "calligraphy" is originally greek meaning " beautiful writing" ORIGINATED IN THE HAN DYNASTY (207 B.C-220) CAN BE WRITTEN MORE QUICKLY AN EASILY THEN SMALL SEAL STYLE THIS STYLE WAS FOUND MORE IN OFFICIAL DOCUMENTS oracle inscriptions great seal style small seal style clerical style regular style. REGULAR STYLE CLERICAL STYLE THE FIVE STYLES SMALL SEAL STYLE SIMILAR TO GREAT SEAL STYLE ORIGINATED IN 221 B.C EMPEROR STANDARDRIZED THE WRITING STYLE LINE ARE ALWAYS OF EVEN THICKNESS AND CHARACTERS ARE VERY ELONGATED . LESS FORMAL AND HEAVY IN APPEARANCE THEN CERICAL STYLE. Note that the horizontal lines generally slope upwards but do not have the final tilt at the end of the stroke which the Clerical Style has. students of calligraphy have traditionally mastered this style before attempting the others, The characters are composed of fairly straight lines with sharp endings This style originated in the 13th century B.C during the Shang dynasty 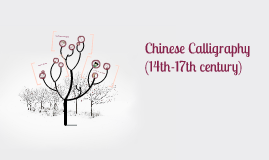 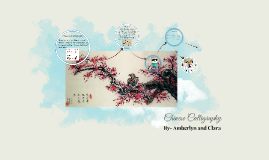 Transcript: http://asia-art.net/calligraphy.html By- Amberlyn and Clara Strokes were slightly different History http://afe.easia.columbia.edu/special/china_1000bce_calligraphy.htm The words still sound the same Back Then Similarity Today Difference Back Then Chinese Paper/Animal Bones Ink Brush Ink http://www.chinaculture.org/gb/en_madeinchina/2005-11/11/content_75739.htm The oldest Chinese characters existing are JiaGuWen characters which were being carved on ox scapulae and tortoise plastrons. Later in time more fonts were being invented and written on other products. Also Chinese people used Chinese paper, ink and ink brushes. Today we use paper and pencil and some people today still use ink brushes and ink to write. Also, the strokes were written a little bit differently back then. Used animal parts to write on Materials Chinese Calligraphy Chinese Calligraphy Citations There are so many different ways of writing in Chinese. The 3 main ones are Chinese Simplified, Chinese Traditional and PinYin. Strokes slightly more easier to write Use pretty much any material/product http://www.usdiner.com/cgi-bin/ShowCNames http://www.travelchinaguide.com/intro/arts/chinese-calligraphy.htm Today Any Paper Any Writing material https://en.wikipedia.org/wiki/Calligraphy Pictures Used/Could use the same Materials 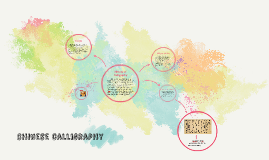 Transcript: Calligraphy Nowadays Chinese calligraphy The earliest form of writing The history of Chinese Calligraphy has begun ever since the 2nd century in China. It is when people started writing in pictorial forms in the effort to record their everyday life and history, to make contact and remember everything that has happened. The earliest form of writing is called the "Jiaguwen", where the writings are carved on bones and stones, it is further developed until today's Chinese writing system. History of Calligraphy Calligraphy was widely practiced in ancient times by the rich or the students who wished for higher social status. People in other careers generally aren't interested in such luxury only until that paper were invented. Before then calligraphy has to be written on silk, which is unaffordable for most people. Learning calligraphy isn't hard, but mastering it is a total different business. You have to get used to the brush and stroke. Calligraphy values how thought is expressed in a visual way, therefore the most important thing is to understand the literal meaning of the characters. It may take a lifetime to master it, most may not even achieve it. Calligraphy was invented for recording events and history, also to connect to one another through words. It is later developed into different styles according to the dynasty it's in, nowadays it is recreational and a lot more of it means art than actually writing. Contests for the best calligraphy writings are often held to judge the best calligraphy masterpiece. Evolution Shusu by Mi Fu (Considered one of the best masterpiece) Jiaguwen Calligraphy is now considered one of the highest form of Chinese art. It is no longer used for communication or record, only for the plain luxury of art. Calligraphy artists are striving to express the thoughts in calligraphy in a peculiar visual way, creating their own unique style. Schools in Asia taught calligraphy in the effort to keep the art popular, but there's a decline in the popularity of it. Challenges in Calligraphy Calligraphy Before 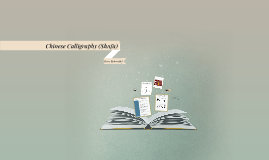 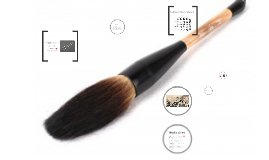 Transcript: Even though modern speakers of Chinese could read older Chinese texts, it's unlikely they would understand anything if they heard it spoken as it then was - so we have to agree to rely on written texts only, for lack of a better solution. Works cited Chinese Calligraphy Brush Cavendish, Richard. "The Death of Empress Tzu-hsi." History Today. N.p., 11 Nov. 2008. Web. 27 July 2016.. "Conclusion." Self Strengthening Movement. N.p., n.d. Web. 27 July 2016. "Open F|S: Writing Brush." Freer. N.p., n.d. Web. 27 July 2016.. "Rebels Capture a British Soldier during the Taiping Rebellion in China." PBS Learning Media. n.d. Web. 27 July 2016. The Taiping Rebellion was a widespread civil war in China from 1850-64 led by heterodox Christian convert Hong Xiuquan against the ruling Qing Dynasty. Written Taiping Rebellion Evolution of Chinese calligraphy Qing dynasty to Modern period, late 19th century Ivory and animal hair Inscription by Pang Yuanji Gift to Charles Lang Freer 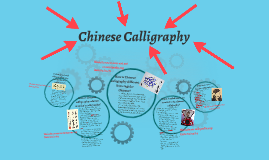 Transcript: Date:02/07/14 How is Chinese calligraphy different from regular Chinese? In what dynasty did Chinese calligraphy become the most sophisticated? Chinese calligraphy reached its highest peak in both the Jin and Tang dynasties (618-907) In the Tang dynasty also known as the golden age, Calligraphy was praised as one of Tangs crowning achievements Chinese calligraphy was also used as a way of evaluating a person or a way of selecting talents What kind of tools are needed to do chinese calligraphy? Date:03/02/14 Some notable calligraphers were... Wei Shuo (272-349) Wang Xizhi (303-361) Wang Xianzhi (344-386) Ouyang Xun (557-641) Yu Shinan (558-638) Chu Suiliang (597-658) Emperor Taizong of Tang (599-649 Zhang Xu (658-747) Yan Zhenqing (709-785) Huai Su (737-799) Chinese Calligraphy Website:www.art-virtue.com Chinese calligraphy began to develop more than 3000 years ago. It eventually evolved into 5 basic script types which are all still used today. 1~seal script: When Pictograms and ideographs began to take standardized form, it evolved into seal script. 2~Clerical script: Later in the Han dynasty, (2nd century AD) a new regularized script was formed and used by government clerks called Clerical sript. 3/4~Running script and Cursive script: Also in Han, these two scripts were developed both as a "natural evolution and response to the aesthetic potential of brushed ink." 5~Standard script: Individual brushstrokes of clerical script, inflicted with more "fluid and asymmetrical features" of cursive script, created a final script called standard script. Website:en.wikipedia.org Date:03/02/14 Website:www.metmuseum.org Date:02/21/14 Ink brush, ink, paper and ink stone are all essential when it comes to writing chinese calligraphy. Brush~ The body of a brush is made from either bamboo or rarer materials such as wood, glass, ivory, silver or gold. The head of the brush is made from hair or feathers of wide variety of animals such as rabbit, deer, duck, goat, pig, tiger, wolf, weasel, chicken ect. Paper~ Special types of paper are used. In China, Xuanzhi is the preffered type. Ink~ Made from soot and binders and comes in an ink stick. (Ink sticks must be rubbed with water on an ink stone until correct consistency.) Ink stone~ Used to grind the solid ink stick into liquid ink and also contains the ink once it is in liquid form. How is Chinese calligraphy relevant to today's calligraphy? Website:en.wikipedia.org Website:www.asia-art.net en.wikipedia.org Who were some famous calligraphers? Date:03/02/14 In calligraphy, correct strokes, stroke order, character structure, balance and rhythm are essential. You must also be able to write in regular Chinese before you can do calligraphy. Chinese calligraphy is one of the highest forms of chinese art. It serves the purpose of conveying thought and shows the abstract beauty of a line. 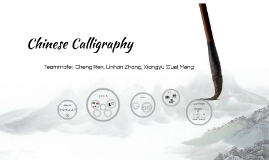