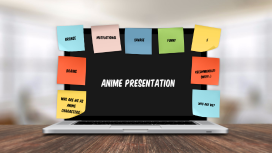 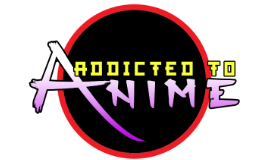 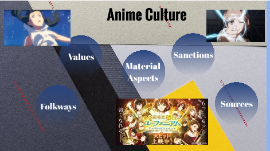 Transcript: Anime Culture Folkways of Anime Folkways Watching Anime translated to English rather than watching it in the original Japanese is very looked down upon Mostly watching Anime that is not actually produced in Japan Making fun of people who do cosplay or criticizing peoples costumes Values Values - Individuality -Acceptance Examples Material Aspects Material Aspects Japanese culture is a very important to the Anime Fandom. - Clothing that stands out Conventions Sanctions Sanctions - Informal - Given by other members within the fandom Sources: https://www.fandom.com/articles/subs-vs-dubs-english-anime-adaptations https://reelrundown.com/animation/How-to-Be-An-Otaku-Your-Guide-To-The-Anime-Fandom-Subculture https://tokyotreat.com/news/japanese-anime-culture https://www.arcgis.com/apps/MapJournal/index.html?appid=fa5483cd307f41f68e4962794f7912f1 Sources 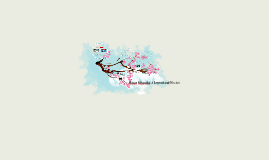 Transcript: History of Anime Once something is created it can be used again Is much faster than drawing everything Drawing every frame of a movie takes a long time You have to recreate every scene High quality CGI is very expensive Usually looks bad Small studios can't afford to use it, so it's not popular How its made Short for animation Distinct art form Can be hand drawn or use CGI Different from American cartoons Problems With His Method Famous for his unique method hand drawn no script "we never know where the story will go, but keep working on the film as it develops" was his own style, but was very long and expensive It started in 1913 in Japan with artists experimenting with this new form. Then in the 20's Walt Disney would become famous for his animations with Mickey Mouse. His originality with animation inspired future artist Hayao Miyazaki (pictured right) who would revolutionize anime. Miyazake's Method What is anime? Hayao Miyazaki: A Legend and His Art It's cheap Low budget films can look beautiful Advantages Disadvantages Advantages Hand Drawn CGI Disadvantages 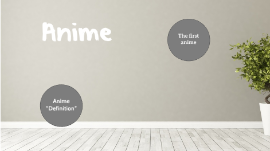 Transcript: Anime ¿What was the first anime? The first anime The first anime of the history was "Imokawa Mukuzo Genkanban no Maki" that will be traduced by “The history of the janitors Mukuzo Imokawa”. It was created by Ôten Shimokawa, author of the manga that appears the character, and it was created in 1917. Now I will tell you some animes and what it is about. My Hero Academia Boku No Hero This anime start with a boy named "Izuku Midoriya" that is a shy boy, he is harrased in school by a boy named "Katsuki Bakugou", Izuku wants to be a hero like his favorite hero named "All Might". He receive the power of All Might. Then, he enter to a school of heroes named U.A, he will find new friends. Demons Layer Kimetsu No Yaiba A boy named "Tanjiro Kamado" was a boy of 15-13 years old that sold carbon for money to his family, he has a good nose, so he can smell too well. When he arrived to the city it was a normal day, he was so happy, when he was going back home, a man told him to get in his house because it was dangerous to went home, they were demons and Tanjiro accept, the last day when he arrived to his home, he saw his family dead and his 5 brothers and sisters were dead, but his little sister "Nezuko Kamado" had a little of heat, then she turned into a demon, Tanjiro was sad, he feel that he has the fault, he said he will take care of Nezuko. then he saw a boy named "Tomioka Giyuu" he was a pilar (Demon Hunter) and he wants to kill Tanjiro´s sister because his job was killing demons to protect humans, Tanjiro promised Tomioka that he will cure his sister. Tanjiro was mad and sad because of his family, he promised he will find the demon that kill his family. Then Tanjiro find a man named Urokodaki , he was a pilar, the pilar of water. He will teach Tanjiro how to be a Demon Hunter, then he will find another friends in the road. Jibaku Shounen Hanako-Kun JIBAKU SHOUNEN HANAKO KUN "Yashiro Nene", its a girl and a student of a school that have seven misterys, her friend "Aoi" said her that if she goes to the girls bathroom, she need to say three times "Hanako-San", if that mistery appears, she needs to say her wish. She listen and go to the bathroom to do it. When the mistery appeard, Yashiro was scared when she saw Hanako, she was thinking that he was a pervert. Yashiro told her wish and Hanako was trying to do her wish real. Yashiro´s wished was to have a boyfriend. After all the time that they tried to do the wish real. Hanako tell her that is she eats like a candy that Hanako put on the table, she will become the maid of a mad and scary mermaid. She didn´t listen and she eat it, then, she become a fish. Hanako also eat it and put Yashiro into a human again. They can be together and Hanako had a secret, a dark secret that Yashiro will find, then, they will find other friends. Anime *Definition* ¿What is anime? Anime is like "cartoons" but for kids and teens and adults. When you create animes, there are like books in japanese named "mangas" is like a book that you read and also gave you more information about the anime. You need to read a "manga" first to the right and then to the left. When you see a chapter of an random anime, it start with a song named "opening" its like the song and theres the animation of the anime and also they are the "endings". And you can learn Japanese, also they are some animes that teach you like classes, for example, an anime named "DR. Stone" teach you chemistry. An other one, "Cells at Work!" an anime that teaches you biology and I think Science. Also, when you know the character name and last name, you need to say first the last name and then the name. For japanese people it will be rare to say first the name and then the last name. Also, they are types of animes, for example, shoujo (romantic), shounen (action), etc. 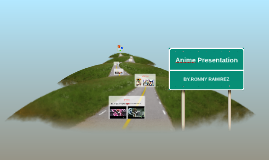 Transcript: Animes can also come from video games just like books and movies anime has a large verity of genres from action to mystery. a show can only be considerd an anime if it was made in japan most anime are adaptations of manga toonami was a late night programming block on adult swim that showed anime. every saturday this was my favoret thing of the week. toonami showed many reconizeable amine most people would know. BY.RONNY RAMIREZ Anime from video games important animes adaptations anime back in the 50s looked alot diffrent than what it is today life in America the childhood of most people dragon ball z is an important anime this anime and its popularity inspired the over powered super human animes. GOAL! more diffrinces Anime Presentation genres the dramatic change anime is diffrent anime uses more serious topics than western cartoons. 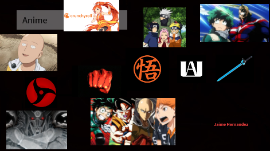 Transcript: Jaime Hernandez Anime A From Page to Screen The history of manga is said to originate from scrolls dating back to the 12th century, and it is believed they represent the basis for the right-to-left reading style. During the Edo period (1603–1867) Publishing a manga is difficult since you need a good publisher that will get the word out. Some manga creators wish not to make there manga into anime since they might desrepect the source material C Company Intro Sketching Broadcasting Rates The process of making animes When making an anime you have to sketch the episodes and scenes. Sketching When animes are ready to broadcast they have to announce the show and set a time of when it will broadcast live. Some shows that are released by netflix take longer because they have to do every episode before it can live stream Broadcasting If the show got a good backlash it will go for another season but if the show has controversy it will only go for one season, there maybe that in some occasions an anime will have to go for only one season due to the content available Rates What makes a good Anime B Brief Fan Base Of Anime S Strategy An anime convention is an event or gathering with a primary focus on anime, manga and Japanese culture. Commonly, anime conventions are multi-day events hosted at convention centers, hotels or college campuses. If you attend an anime convention there would be a lot of places to buy accessories or limited things in that convention. Many people who attend these conventions may attend as there favorite anime character this is know as cosplay. N Next Steps 1. Naruto 2.Full Metal Alchemist 3.Dragon Ball 4.One Piece 5.Haikyuu 6.One Punch Man 7.Bleach 8.Attack On Titan 9.Demon Slayer 10.JoJos Bizzare Adventure Anime Recomendations 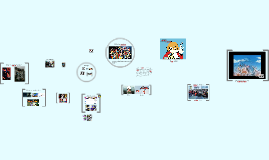