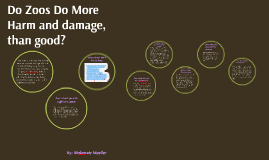 Transcript: Animals are taken from their natural habitat. Many animals are euthanized, or put down, for little to no reason. Some zoos even request to take the animal off the owner's hands, but they decline. For example, Marius the reticulated giraffe was shot at the Copenhagen Zoo, since there wasn't enough room for him. Many other zoos offered to buy him, but none of the offers were taken up. Zoo's don't provide sufficient space. Some zoos are connected to circuses. Zoo animals don't live as long. Scientists have seen that many animals in zoos show signs of behavioral problems from being in the same small area, with no new experiences. Zoos, in a way, drive animals crazy. Lions will pace along the edge of their enclosure, and a polar bear named Gus would swim figure eights in the water, for up to 12 hours at a time, giving him the name "the bipolar bear". By: Makenzie Mueller Many animals need more space to explore, and thrive. For example, in the wild, wolves live in territories that span from 300 to 1,000 square miles or more, while an exhibit is normally much smaller than one square mile. Zoos do nothing for conservation. Many zoos want a certain species of animal to exhibit, but can't find a place to buy them. To receive these animals, they capture them from the wild. Over time, this can add up, and decrease the wild population, which could possibly lead to extinction. Animals that have been in zoos or domesticated cannot be released back into the wild, because they haven't learned essential skills. Because of this, endangered animals in zoos cannot be reintroduced successfully into the wild. Do Zoos Do More Harm and damage, than good? Most zoos claim to help the conservation of endangered species by having them in their zoo, and breeding them. In reality, this isn't helping the wild population at all, only the in-zoo population, and the zoo's popularity. The zoos don't help the wild population because the animals don't have the skills necessary for survival, therefore they can't be reintroduced to the wild. Most wild animals live over 3 times as long as animals that live in zoos. Even asian elephants that work in timber camps live as long as their undomesticated cousins. A good example of this is Tilly the orca. He was captured in Iceland in 1981, at the age of two. He died of sickness January 6, 2017. The average lifespan of a wild orca is 50 years, while Tilly died at the age of 38. Too many animals are euthanized. Many zoos want to get rid of one or more of their animals, so they sell them to circuses. Circuses treat their animals very poorly for the most part. They keep their animals in small cages and pens, and a good handful of animals are physically abused, and forced to obey. Zoos can largely effect an animal's mental well-being. There is more evidence that zoos do more harm, rather than good, to the animals that they keep. Such as, insufficient enclosure space, shorter life span, euthanization, animals taken from their natural habitat, effecting their mental well-being, connection to circuses, and lack of helping conservation. 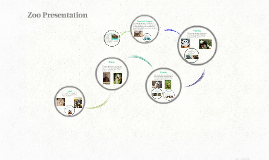 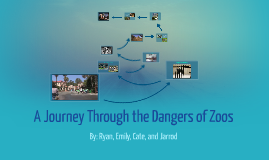 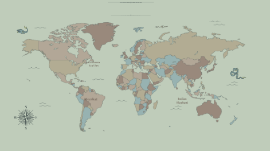 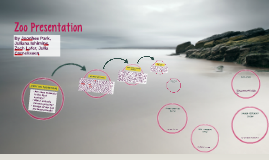 Transcript: Which animals deserve priority? second floor of enclosure We have made an enclosure on the computer with a downloaded "device" called Google Sketch Up. We have three floors for the main enclosure; the first two floors for the polar bears (one water/ice and the other completely ice/snow) The third floor is devoted to the sick/injured polar bears and to research them. The visitors will go from the first to the second floor with an elevator. The third floor will be blocked off for any visitors but employees to go into. We will also have a smaller, extra building where people can sit on special chairs, put on glasses and experience how the Arctic is like and see from a polar bear's point of view. Also, there is going to be a frozen yogurt place called PoYo and a shaved ice place called Arctic Ice. Finally, there will be a lot of information for the visitors to read while in the extra building and going around the enclosure. first floor of enclosure ABOUT OUR PRESENTATION GOOGLE SKETCH UP IMAGES We have come to a conclusion that polar bears deserve the most priority in zoos. Their habitat is warming up twice as fast as average temperatures around the world. They cannot live without their habitat, and the rest of the plants and animals in their habitat will die out due to the imbalance of the ecosystem. If the polar bears cannot adapt to changing climates, they might face almost total extinction before the end of the 21st century, with about 66% of the animals disappearing by 2050. What's more, if polar bears die out, humans and other animals will have to compete with seals for fish in the ocean. Polar bears are a very important part of their ecosystem, and if they die out, it is possible that the entire Arctic ecosystem that they live in could collapse. By Joonhee Park, Juliana Ishimine, Zach Lafer, Julia Cornelissen model images GOOGLE SKETCH UP IMAGES We have come to an agreement tht zoos are essential in the 21st century. Although it is a terrible thing to keep animals in cages, we need to do this to keep these species alive. Also, zoos are our last line of defense according to the executive director of the European Association of Zoos and Aquaria, Leslie Dickie. The animals will die if we let them live alone in the wild, and if we keep them in sanctuaries, we won't be able to breed them and will have to watvh them all die out sooner or later. Humans are the ones who caused most of these animals to extinction; shouldn't humans be the ones to save them? Yes. We cannot stand fro the sidelines and pretend that there will be a miracle to save all of these animals from extinction. We are the only ones that can help, and we have to do it now. Are zoos essential in the 21st century? Which animals deserve priority? Design of our zoo enclosure/model We have made a model to further show how our enclosure will look like. Zoo Presentation side view of enclosure GOOGLE SKETCH UP IMAGES Are zoos essential? areal view of enclosure gOOGLE SKETCH UP ENCLOSURE GOOGLE SKETCH UP IMAGES 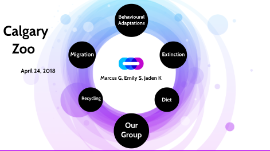 Transcript: Zoo Marcus G, Emily S, Jaden K April 24, 2018 Calgary Migration Migration Animals who move from one region to another during the seasonal change. Amphibious Amphibious Amphibians are any group of cold-blooded vertebrate animals. Meaning that they have gills and breathe underwater as larvae but breathe air as adults Aquatics Aquatics Structural adaptions are the physical features of an organism such as shape, covering and internal structure. not done Animals known for their dry scaly skin. Reptilians Reptilians Behavioural Adaptations Behavioural Adaptations Asexual Reproduction Asexual Reproduction 3 $26 54 Market Size Habitat Sharing Habitat Sharing Extinction Extinction Dinosaurs are a great example of extinction. The reason the dinosaurs became extinct is because of diseases, climate change, and geological events. Endangered/Threatened Endangered/Threatened Diet Diet Herbivore: Eats plants Carnivore: Eats meat Omnivore: Eats plants and meat Marsupial Marsupial Marsupials are mammals that are known for carrying their young in a pouch. Primates Primates Primates are characterized by nails on the hands and feet, a short snout, and a large brain. They include some of the most intelligent animals. Flightless Flightless Penguins are one of many species of birds that don't fly. Male penguins keep their eggs in between their feet and stomach to keep the egg warm. Some butterflies mimic the appearance of their predators so that they don't get eaten. Mimicry Mimicry Recycling Recycling Our Group 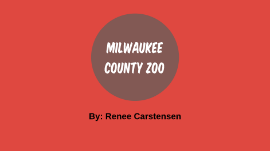