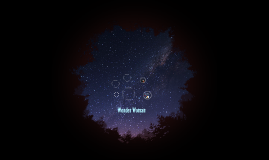 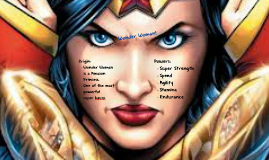 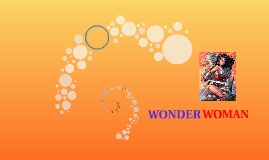 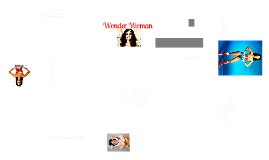 Transcript: Who is Wonder Woman? Wonder Woman for those of you that don't know is a hero and vigilanty. She was created by William Moulton Marston. She was first published in 'All Star Comics' in 1941. The t.v. series started in 1976. Powers Super Strength Speed Movement Endurance Flight (only after 1960) Superior Fighting Skills Empathy Healing Factor Resistance to Magic Ability to Discern Truth Access to Magical Weaponry Partnerships Batman Superman Nemesis Trevor Barnes Steve Trevor Wonder Woman 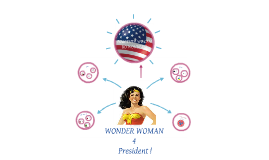 Transcript: Issues Married to Marcus Woman Three Children, two girls and a boy: Faith, Hope, and Martin I believe that everyone deserves an quality education. People with less money should be able to receive the same education as people in the more wealthy areas. Abortion I believe that a woman has the right to choose what she will do with her body, but I don't think that anyone should get an abortion. If you were meant to have a baby you should, and even then if you can't bare to keep the baby there is still the option of putting them up for adoption. WONDER WOMAN 4 President ! Early Years Born in Los Angeles, California. Mother: Mary Anne Father: Jesse 2nd of 3 children Older Brother: Jesse Jr. Younger Brother: Jimmy Education I believe that there should be background checks before a person can get a gun. We wouldn't want a gun getting in the wrong hands. My Views Affirmative Action Justice League Family Life Education I think that affirmative action should remain because if it didn't then majority groups would be less likely to pick minorities to be part of their organizations. Immigration I think that if a minor is brought to the United states as a baby and is raised here they should not be able to be deported because this is the only home they know. But if they came here illegally and were aware of what was going on they should be called out. Political Party Gun Rights All About Me... Drugs TOGETHER WE CAN DO WONDERS! Went to Harvard University Majored in Political Science and Government Served one term in the Senate. I believe that what anyone does in the privacy of their own home is their business, but once you put someone else at risk it becomes our business. 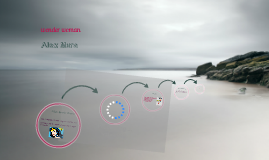 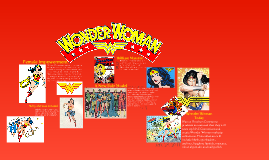 Transcript: made distinctly as a feminist role model whose mission was to bring ideals of love, peace, and gender equality by a world ruled by men. Female Impowerment Why she was created William Marston Warner Brothers Comsumer products announced that they will team up MAC Cosmetices and create Wonder Woman makeup collections. This collection will include blush, eye shadow, eyeliner, lip gloss, lipstick, mascara, mineral powder and nail polish. Wonder Woman was made with the idea of a woman who should rule the world. At the time Feminism argues that woman and men should be equal and treated the same. But to Marston, woman not only held the potential to be as good as men but to be more superior. He proved his idea by making her 6 feet tall and to hold a golden laso. 1943 Jan. 28, 2011 "Not even girls want to be girls so long as our woman role models lack force, strength, and power. Not wanting to be girls, they dont want to be tender and peace-loving everything good woman are. Woman's strong qualities have become despised of their weakness. The obvious remedy is to create a feminine charater with all the strength of Superman plus all the allure of a good and beautiful woman." He wanted to make a new kind of superhero one that would not win with violence but with love. Marston's wife Elizabeth told him "but make her a woman". A New Role Model 1940 Marston wrote; Wonder Woman Today 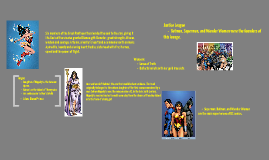 Transcript: Origins Daughter of Hippolyta, the Amazon Queen. Raised on the island of Themyscira An ambassador to Man's World One soul was left behind, the one that would be born as Diana. That soul originally belonged to the unborn daughter of the first woman murdered by a man (whom Hippolyta was the reincarnation of). In the late 20th Century, Hippolyta was instructed to mold some clay from the shores of Paradise Island into the form of a baby girl Six members of the Greek Pantheon then bonded the soul to the clay, giving it life. Each of the six also granted Diana a gift: Demeter, great strength; Athena, wisdom and courage; Artemis, a hunter's heart and a communion with animals; Aphrodite, beauty and a loving heart; Hestia, sisterhood with fire; Hermes, speed and the power of flight. Weapons Lasso of Truth Deflects bullets with her gold bracelets Justice League Batman, Superman, and Wonder Woman were the founders of this leauge. Superman, Batman, and Wonder Woman are the main superheroes of DC comics. Alias: Diana Prince