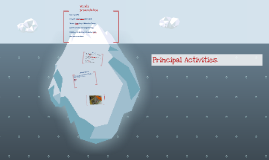 Transcript: Principal Activities. Activities control has been evaluated and 470 plan has developed a visual aid in order to know each element has the final assembly of this and in turn recognize is main characteristics or manufacturing and these are the elements that make up the hose: P-Nut Weldments Rivets Manifold Valve Weekly presentation Evaluation and Making time reduction operation, ring rolling and padlock, timekeeping making time in the Lommar machine. .Has been specifically working on loweryng the frecuency of revision of parts models per hour and performed at 100% .Was elaborated for a visual aid hose inspection. Making time in the Lommar Machine Making time reduction operation,ring rolling and padlock Oct 18, 2013 Project: Frecuency Standard Name: Jeus Angel Morales Cantu Career: Industrial Engineering Engineer in charge: Gregorio Cota San Lorenzo Plant Action Areas 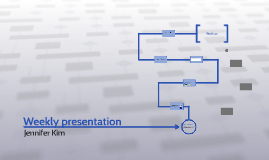 Transcript: Background info: - n = 4 (one-for-four rights issue) - P = $4.50 (cum-rights share price) - S = $3.00 (subscription price) Raising additional equity Jennifer Kim The answer if $1.2 so the value of the rights are $1.2 Extract 8 Question 25 Brief explanation about the main methods of raising additional equity Definition of the 'rights issue' What the right issue specifies and the process Formula for valuing rights Explained example using the information based on question 24 Calculate the value of the rights given information in question 25. What is going to be covered? Process of a rights issue Weekly presentation Formula for valuing rights Thank you R = value of the right n = numbers of shares required P = cum-rights share price S = subscription price Applying to q 25 *ex-rights date: the shares start to fall and it identifies who owns the shares at the time 1. Raise internally through retained earnings - the sum of a company's profits, after dividend payments 2. Raise externally through right issues - Right issues:: issue of rights to all of a company's shareholders to buy new shares at a stated price on the scheduled subscription date 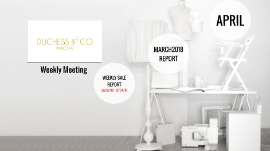 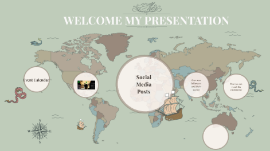 Transcript: WELCOME MY PRESENTATION Event Calendar Event Calendar auma.de TITLE Bau Munchen DATABASE Social Media Posts GIS (Geographic Information System) Post 2 Post 3 Brochure about GIS Post 4 Our new followers and their sector Twitter; 10 new followers For BIM sector, The BIM modelling has been fantastic in helping me and my team to visualise, analyse and make changes. It allowed me to get a true feeling for how the building will operate and so anticipate some of the issues in advance. It also helps with curriculum planning and in making decisions about how it can be zoned to maximise the use of space. If you want to learn some details, Check our brochure! How we can reach the customers? 10 hours spent to Bau Munchen Database 3 hours spent to Event Calendar 2 hours learn, search GIS 5 hours about Social Media Post 2 hours about Our followers and how we can reach them Weekly Report 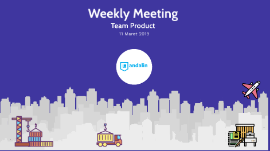 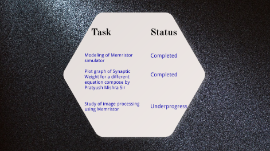 Transcript: Memristor Group Amit & Abhishek Electrical Engineering Interns Task Status Introduction Modeling of Memristor simulator Plot graph of Synaptic Weight for a different equation compose by Pratyush Mishra Sir Study of image processing using Memristor Completed Completed Underprogress Timeline Timeline Compiles all code in single simulator Understands the Equations Finalizing parameters and Design Forms code of equations Studied about Memristors Forms code of synaptic equation compile and finishes simulator Understanding equations compiled by Pratyush Mishra sir Studied about Image processing using Memristors Created equation for Binary Images Memristor Simulator Memristor Simulator We created a simulator for the equations of Sanjay sir. The simulator is able to present the graphs between various parameters such as V - I, P - V, Synyptic etc. We also work on it to improve the accuracy of the graphs. C - T Current - Time Voltage - Time V - T Window Function Window Function P - V Power - Voltage V - I Voltage - Current Synaptic Synaptic Image Processing using Memristor Image Processing Memristor can also be used to store the images on its crossbar array. There are basically three kind of images Binary Images, Gray Scale Images, Color Images. We worked on all the three types of images Binary, Gray Scale and Color Image. Prerequisites Prerequisites The proposed memristive crossbar array is simulated in this section. The simulations aim to check if the memristors are written and read out accurately. The storage for binary, grayscale and color images was implemented using Matlab software, where the parameters of memristors were the same as those of the Simulink model described. The write threshold voltage was set as 0.3 V. The read voltage was 0.1 V which is less than the write threshold voltage and cannot change the stored memristance. Steps Steps Step 1: Read in a binary image and get the matrix of the image. Step 2: Convert each pixel value (‘0’ or ‘1’) of the binary image to a write voltage (‘0’= 0.5 V, ‘1’=1.0 V). Apply the write voltage to the corresponding memristor in the crossbar array. Step 3: Under the write voltage, the memristors are put into certain states (in this experiment, the grayscale value ‘0’ corresponds to 7288.2 ohm and ‘1’ corresponds to 1779.7 ohm). The binary image is then written in the memristive crossbar array as different memristances. Step 4: Apply a read voltage (0.1 V) to each memristor and get the corresponding read currents (in this experiment, current of 0.01372 mA corresponds to ‘0’ and current of 0.05619 mA corresponds to ‘1’). Step 5: Set a read threshold current (0.03 mA) and determine the gray pixel value by comparing the read current with the threshold current. For instance, if the read current is smaller than the threshold, the pixel value is ‘0’ and if it is greater, the pixel value is ‘1’. Step 6: Show the read out image. The simulation results are presented in Figure 10. Results Results The following results are generated with use of our memristor equations. We are proving that the memristor have properties to store the images pixel in it in form of voltage and current. We created a crossbar array of the memristor which was used to store the image pixel by pixel and these pixel were managed by the relation of V - I curve of memristor Binary Image Binary Image Code Output Color Image Color Image Code Output Conductance Conductance The conductance is the relation between the capacitance and voltage. The following graph shows the pattern of V and G curve using the image pixels voltage and current. Output Additional Work Additional Work The work which we did during the time when crapped between the equations and during our holidays. It includes the various software's which we learned in lab and developed during off time. COMSOL COMSOL We developed the prototype of Capacitor and Magnetic vector potential using the COMSOL and currently working on it to develop the model of Memristor. Capacitor Magnetic Vector Origin Origin We studied the graphs of Sanjay Sir and Pratyush Sir using the origin software. Also we use origin software to compare the plotting of values with our program. Proteus 8 Proteus We studied the proteus 8 to understand the connection inside the memristor. We also developed one prototype using proteus. Ohm's Law Motic Motic We studied the motic to understand the working of the parameter analyser using monitor. FarmFella FarmFella A webapp for the farmers and retailers to interact directly with each other. We provide a helping hand to all farmers by providing them with a fixed price for their stock whether market is in loss or profit. Good insentives are also distributed to the farmers when sale is high. CashU CashU It is a payment portal with a 3-Level security and uses Blockchain technology for the transaction. References 1. 11 Modeling and simulation. 2. Memristor based hardware Accelator for Image Compression (IEEE). 3. Comprehensive Physical Model of Dynamic 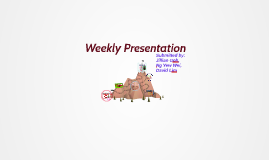