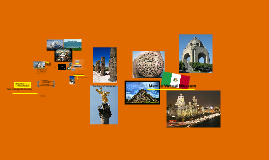 Transcript: Mexico Virtual Museum Is in the southwestern part of the state of Hidalgo in central Mexic Post-Classic Period The Angel of Indepence On the Spring and Autumn equinox, in the late afternoon, the northwest corner of the pyramid casts a series of triangular shadows against the western balustrade on the north side that evokes the appearance of a serpent wriggling down the staircase. Some have suggested the effect was an intentional design by the Maya builders to represent the feathered-serpent god Kukulcan Iztlaccihuatl Popocatepetl Tula -Hidalgo Mexico city Castle of Chapultepec Mexico City Pyramid of the Sun Period prehispanic-Mesoamerican Architecture Colonial Architecture 19th and early 20th Century Architecture Virtual Tour Sol Azteca Post -classic -Period Mexico Museum Mesoamerican Architecture Some Symbolic Architecture Basilica of our lady of Guadalupe Monumento a la Revolucion Story about it ... This step pyramid, slightly more than 29 meters high, consists of a series of square terraces, each slightly more than 2.5 meters high, with a 6-meter-high temple at the top. The sides of the pyramid are approximately 55.3 meters at the base and rise at an angle of 53 degrees 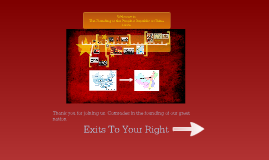 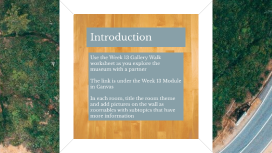 Transcript: WHSetty Museum Museum Template Introduction Start Use the Week 13 Gallery Walk worksheet as you explore the museum with a partner The link is under the Week 13 Module in Canvas In each room, title the room theme and add pictures on the wall as zoomables with subtopics that have more information Click on the posters to zoom in Background Info 1 2 3 4 5 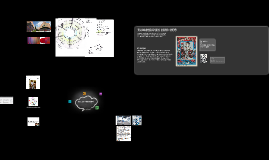 Transcript: TEMPORARY EXHIBIT PERMANENT COLLECTION PERMANENT COLLECTION PLANOGRAPHIC 1950-1979 http://www.inspiringlearningforall.gov.uk/framework/ Planographic, where the matrix retains its original surface, but is specially prepared and/or inked to allow for the transfer of the image. Planographic techniques include lithography, monotyping, and digital techniques. P R I N T: Pittsburgh MISSION THE BUILDING Skull and Roses 1966 Alton Kelley and Stanley Mouse Offset Lithograph Skull and Roses 1913 Edmund Sullivan Illustration from The Rubaiyat of Omar Khayyam (from Greek, lithos, "stone" and , graphein, "to write") is a method of printing originally based on the principle that oil and water do not mix.Printing is from a stone (lithographic limestone) or a metal plate with a smooth surface. It was invented in 1796 by German author and actor Alois Senefelder as a cheap method of publishing theatrical works. Lithography can be used to print text or artwork onto paper or other suitable material. LITHOGRAPHY 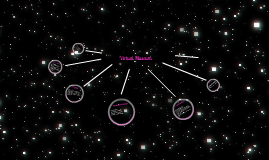 Transcript: District courts Appellate courts-appeals court Supreme Court-constitutional issues Electoral college chooses president Electoral college does NOT choose senators or representatives. Presidential Succesion One term is 4 years The president can serve up to 2 terms If the president is assasinated, the vice president steps up & his term can be anywhere from a couple days to 9 years and 364 days. Judges removed from impeachment of the House of Representatives & conviction of the Senate Serve until death, retirement, or conviction Terms Executive Branch The Judicial Branch Appointed by the President Confirmed by the Senate Congress has the power to determine the shape and structure of the federal judiciary Congress determines the number of Supreme Court Justices Establishes courts inferior to the Supreme Court The Big Guy Judges Virtual Museum A.k.a. the President A.k.a. the Commander in Chief Has the power to troops overseas for 60 days Can attempt to recieve an extension for troops to stay longer Extensions are almost always given He can reprieve, pardon, or commutate sentences Vice President Speaker of the House President Pro Tempore Cabinet in order created 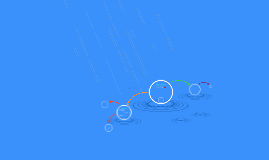 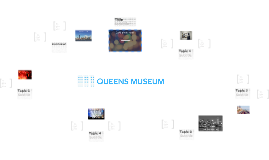 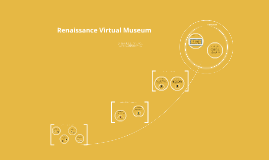 Transcript: Renaissance Virtual Museum BY DANIELLE SPENCE AND CAMRYN SEDA Artists of the Renaissance Leonardo da Vinci He was born in 1452 in Vinci, Italy on April 15th. Leonardo da Vinci was the assistant of the famous artist Morokis at the age of fourteen. Mona Lisa The Mona Lisa is one of his most known pieces. This piece is most known because of her mysterious unknown smile. The Last Supper In the painting you can see Jesus sitting at a table with his apostles the night before his crucifixion. It is a great religious painting but also a great example of perspective. By using perspective da Vinci draws your attention to Jesus in the middle. Michelangelo Michelangelo was a sculptor, architect, engineer, painter, and poet. He designed the dome to St Peter's Cathedral, which was the inspiration of other buildings like the White House. Pieta The Pieta is a sculpture made of marble. It was the first of many depicting this theme. In the sculpture you see the Blessed Virgin Mary holding a dead Jesus. This is supposed to be his view of what happened after the crucifixion. The Last Judgment The Last Judgment is Michelangelo's depiction of the end of the world. In the photo he shows the cross being carried which is a symbol of the crucifixion of Jesus. Raphael Born 1483 in Urbino Italy and died on the 6th of April 1520 in Rome Italy. His painting style was a blend of Christian and Classical styles. Sistine Madonna The painting depicts a child Christ and the Madonna standing on clouds. The Madonna having an unusually worried look on her face The School of Athens This painting is made from Raphael 's imagination. He paints a "reunion of great thinkers and scientist such as Aristotle , Socrates and Plato. He also includes Leonardo da Vinci , Michelangelo and HIMSELF! Albrecht Durer Albrecht Durer, also known as the "German Leonardo", was a painter, engraver, theorist and mathematician. The Martyrdom of the Ten Thousand This painting illustrates the martyrdom of ten thousand Christian soldiers perpetrated by Mount Ararat, by the order of the Roman emperor Antoninus Pius. Wing of Roller Done in water color, this painting has incredible detailing in the wing of this bird called the roller, found on southern and central Europe. Writers Of The Renaissance Niccolo Machiavelli Niccolo Machiavelli was a diplomat of the Republic of Florence. After the overthrow of the Republic of Florence, Machiavelli was exiled. The book The Prince informs the readers on how to become a exceptional prince. Machiavelli explains that to be a good prince you need to be a master at war, be gentlemanly, knows when he has done right and wrong, and has to be feared. William Shakespeare William Shakespeare was an English playwright and poet, who was regarded as the greatest writer in the English language. Macbeth is about a man who murders the king and takes his place. He then becomes a paranoid ruler and starts to kill everyone who he views a threat to his position. Renaissance Reformers Martin Luther Martin Luther was protesting the power of the church, the sale of indulgences, and the corruption of the church. Martin Luther fought for the people's right to know what they are being taught, what the bible stands for and the truth. 95 Theses Luther's theses is credited as the start of the Protestant Reformation. In The theses he calls out the clergy and their sale of indulgences. Sir Thomas More Sir Thomas More protested the right for people to be educated. He was a lawyer and philosopher. Born in London of February 7, 1478 and died on July 6, 1535 in Tower Hill London. Utopia Written in Latin is a fictional story based off of the political views of Sir Thomas More Humanism Martin Luther The Prince Macbeth Leonardo da Vinci Done in water color, this painting has incredible detailing in the wing of this bird called the roller, found on southern I believe that Leonardo da Vinci embodied humanism. He was able to take something and make it so much more. He changed art forever. He made techniques that when thought about logically seem simple but when thought about in that time seem as though it was something impossible. I believe that Martin Luther is one of the greatest humanist because he wanted truth for the people, and wanted the church to have less control over them. He believed that the followers of the church should be able to read and learn the bible on their own. He also stood up for the truth of the bible, and did so by questioning the churches power, which at the time was very courageous.