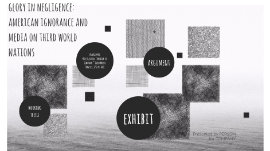 Transcript: Presented by PERSON for COMPANY glory in negligence: american ignorance and media on third world nations working thesis working thesis In this paper, I talk about how the lack of representation of the third world nations in American media is influenced by American Ignorance that consists of a sense of superiority and lacks interest in knowing beyond the boundaries of their nation.i explore the causes and consequences of this behavior, and shed light on how it is the greatest reason behind the conflicts and stereotypes that exists in American people’s minds about the other side of the world. furthermore, i discuss why it is important to bring a change in this phenomenon. SUBTOPIC 1 SUBTOPIC 1 TEXT TEXT PICTURES PICTURES SUBTOPIC 2 SUBTOPIC 2 TIMELINE 2017 TIMELINE MAP MAP Location 2 Location 3 Location 1 CHART CHART Label 2 Label 3 Label 1 background Miller, Laura. “America the Ignorant.” Third World Traveler, 27 Sept. 2001 background Miller, Laura. “America the Ignorant.” Third World Traveler, 27 Sept. 2001 Asks and answers the question "why are americans ignorant?" "For decades we've been reading about how American schoolchildren can't find Mexico or Canada on a map, and yet nothing seems to change," says Ransdell. "These people who don't know the difference between Switzerland and Swaziland then become the main consumers of news. And in poll after poll they tell us that they want less foreign news and more of what I call 'selfish journalism' -- which stocks to buy, sex and beauty tips, 10 steps to a healthier colon and so on. It becomes this horrible feedback loop where people are sent out of our schools in a state of complete ignorance of the rest of the world and then, maybe because they're embarrassed, clamor for even less information on something they know almost nothing about." exhibit exhibit https://www.youtube.com/watch?v=krFN7jHKNNo During the 2013 malaysian airline missing, Nwes channels like cnn spent days focusing on what happened to the aircfrat, from their shows covering theories from black holes to bermuda triangles, Cnn's trp doubled over the days explaining people were loving this content that was straight up bullshit but still kept watching it because the nwes of a missing airloine turned into a joke that entertained the viewers and profited the media. it exceded to a point other channels started covering about cnn;s coverage about the missing flight. This shows the loop of how people's interest influence the media. If channels like this have the capability to do that they can if wanted to show people the real side of nepal or other countries, but they chose not to because actual problems of the real world isn't as interesting as the theory of black holes argument argument “‘Covering’ Nepal, Western-Style.” Nepal Monitor The National Online Journal on Media and Public Affairs, 9 June 2006 mbhv,hbmn b,nvvjgbn ,bvhbjn mhbvmbmn nn mbhv,hbmn b,nvvjgbn ,bvhbjn 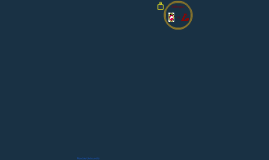 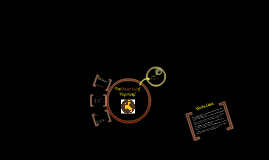 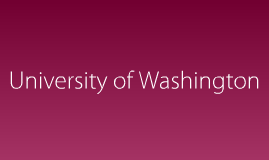 Transcript: University of Washington The University of Washington grew dramatically in the 1920s, from an enrollment of less than 3,000 at the close of World War I to over 8,500 for the 1930-1931 school year political leaders were not smart in the early 1930s The Depression made it almost impossible for some students to focus on their education Some students quit school to help their families, others quit because they could no longer pay because people lost their jobs and nobody could make money because of the depression Dan Marsh, a student forced to drop out of college after a family member died of depression There had been struggles with the governor and legislature over funding and battles with students over tuition, 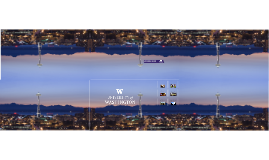 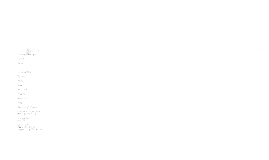 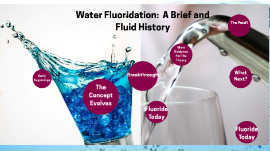 Transcript: Water Fluoridation: A Brief and Fluid History In 1901, Dr. Frederick McKay observed mystery staining on teeth. Around the same time, Dr. J.M. Eager also observed this phenomena. Early Beginnings Early Beginnings In the following years, Dr. McKay heard of more cases that pointed to water supply as being the culprit Moreover, Dr. McKay noted that tooth decay rates were lower in tooth areas with staining as opposed to non-stained areas In 1909 The Concept Evolves Dr. McKay convinced the Colorado State Dental Association to invite Dr. Green Vardiman Black, one of the most prominent dental researchers in the United States, to attend a convention where McKay's findings would be shown. From there, the two men began researching together and subsequently found out that there were several parts of the country where brown staining of teeth occurred, and they sought to dig deeper Breakthrough Dr. McKay and Dr. Black: Two major breakthroughs. Discovery 1: The doctors showed that spotted enamel resulted from developmental imperfections in children's teeth, and this discovery meant that city residents whose permanent teeth had calcified without developing the spots were not at risk of having their teeth go brown; on the other hand, younger children waiting for their secondary set of teeth to develop were at high risk. Discovery 2: The doctors found that teeth that had the spots were surprisingly and inexplicably resistant to decay. The two researchers were still a long way from determining the cause of staining (which was called the Colorado Brown Stain), but McKay though that there could be an ingredient in the water supply that stained the teeth. Spoiler: he was right. More Evidence For The Theory In 1923, the theory that something in the water caused the staining was propped up. Dr. McKay made the long journey over the Rocky Mountains to Oakley, Idaho, to visit a family whose kids had began to notice brown stains on their teeth, and the stains were affecting the health of their teeth Dr. McKay advised the family to change their water source: they did, and the stains began to go away. This confirmed McKay's suspicions, but he still could not figure out what was wrong with the water! The Proof! In Bauxite, Arkansas, Dr. Grover Kempf of the U.S. Public Health Service observed the same brown stains and did not know what to make of them. He was joiined by Dr. McKay, and they discovered something facinating: another town 5 miles away did not have the stains at all. Sadly, the researchers did not figure out the cause of the stains. BUT! McKay and Kempf published a report on their findings that ALCOA's chief chemist, H. V. Churchill, found out about ALCOA owned Bauxite and was very worried for their reputation. Thus, he decided to conduct his own test of the water in Bauxite utilize photospectrographic analysis, a more sophisticated technology than the type used by Dr. McKay. Churchill asked an assistant to assay the Bauxite water sample. After several days, the assistant reported a surprising piece of news: the town's water had high levels of fluoride. CHURCHILL WAS SHOCKED. "Whoever heard of fluorides in water," he said. "You have contaminated the sample. Rush another specimen." What Next? After the discovery of what caused the stains, the scientists had a lot of new issues to think about! Dr. H. Trendley Dean, the head of the Dental Hygiene Unit at the National Institute of Health, wondered how much fluoride needed to present to cause stains. Dean and his team traveled the country to compare water fluoride levels, and they figured out that fluoride levels up to 1.0 parts-per-million did not cause stains Dean then questioned whether adding fluoride to drinking water at safe amouts could help in the fight tooth against tooth decay. Soon, Dean's ideas came to fruition when the city of Grand Rapids, Michigan, fluoridated its water supply as part of a research project. The results showed that the level of tooth decay for people born after the fluroide was added to the water dropped 60%. This was an outstading achievement Fluoride Today Fluoride is staple in toothpastes and drinking water supplies today. Years ago, fluoride was viewed by some as part of a plot to bring communism to the U.S., but now its value as a means of treating tooth decay is widely accepted and utilized. Fluoride Today Sources Used/Further Reading “The Story of Fluoridation.” National Institute of Dental and Craniofacial Research, U.S. Department of Health and Human Services, www.nidcr.nih.gov/health-info/fluoride/the-story-of-fluoridation. “Achievements in Public Health, 1900-1999: Fluoridation of Drinking Water to Prevent Dental Caries.” Centers for Disease Control and Prevention, Centers for Disease Control and Prevention, www.cdc.gov/mmwr/preview/mmwrhtml/mm4841a1.htm. “75 Years of Community Water Fluoridation.” Centers for Disease Control and Prevention, Centers for Disease Control and Prevention, 15 Jan. 2020,