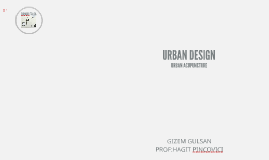 Transcript: A team of architects, which includes Guillermo Hevia García, Jose Tomas Rodriguez and Nicolas Urzua, have won the International Competition of Ideas to transform a former prison space in Talca, Chile, into a public space and arena.Espacio Talca takes an emptied Chilean prison and turns it into a viable public space for arts, sports, politics, and retail. The winning proposal was created by a team of architects that includes Guillermo Hevia García, Jose Tomas Rodriguez and Nicolas Urzua, and beat out over 100 entries in the International Competition of Ideas. URBAN DESIGN GIZEM GULSAN PROF:HAGIT PINCOVICI URBAN ACUPUNCTURE ESPACIO TALCA The project will clean and rehabilitate the prison and its land. The perimeter will be perforated with cheerful circles to make it welcoming, and landscaping will bring shade and green space to the site. A large, sturdy floor will be installed to accommodate the requirements of the various events, and an underground parking level will be built beneath. Overall, Espacio Talca aims to generate economic, social, and cultural benefits for the region’s inhabitants. Called Espacio Talca, the project will involve punching circular holes in the exterior wall, paving the interior and creating a platform around the perimeter.The venue will be used for concerts, political and sporting events, and will incorporate an underground car park. 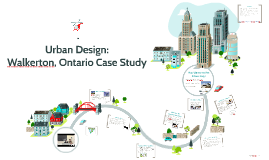 Transcript: Can you think of another Canadian case in which contaminated or unclean drinking water has been an issue? How might urban design play a part in this? How Will Corrective Actions Help? Symptoms include: severe stomach cramps, diarrhea, vomiting and fever 15% of the young and the elderly who get sick develop hemolytic uremic syndrome (HUS) Symptoms tend to last longer for children (about 3 weeks) than adults (1 week or less) Pregnant women are at high risk of developing serious complications Walkerton, Ontario --> May 2000 Heavy rainfall --> surface runoff E.coli contamination of a well 7 dead, hundreds hospitalized, thousands affected Urban design behind well location and run off risk was not properly planned and thought through Marisa Quintal Lindsey Soon Ellise Truong Adam Vassallo Aside from water systems, what do you think is the most important urban design factor to consider? Ontario government and City Council Municipal water managers Regional health organizations Land developers Discussion Question http://www.cbc.ca/news/canada/inside-walkerton-canada-s-worst-ever-e-coli-contamination-1.887200 http://www.cela.ca/article/water-sustainability http://marksw.blog.yorku.ca/2010/05/17/reflections-on-the-walkerton-disaster-%E2%80%93-10-years-later/ https://www.marsdd.com/news-and-insights/from-tragedy-to-tech-flagship-the-walkerton-clean-water-centre/ https://www.researchgate.net/profile/Jessica_Sontrop/publication/23960174_Factors_that_led_to_the_Walkerton_tragedy/links/56b7998f08aebbde1a7e01d0.pdf?origin=publication_detail http://www.ryerson.ca/~awelling/documents/Wellington_Walkerton_Chronology.pdf http://www.waterandhealth.org/drinkingwater/fiveyears.html design by Dóri Sirály for Prezi Public Utilities Commission (PUC) Employees and managers Public health authorities Ministry of the Environment (MOE) Urban design planners How Did It Arise? Sources What is the Problem? Improper practices and systematic fraudulence by public utility operators Recent privatization of municipal water testing Absence of criteria governing quality of testing Lack of proper urban design strategies to support heavy rainfall and/or well issues Who Needs to Be Involved? Who and What is Responsible? What are the Health Implications? What Needs to Happen? Discussion What would be your first course of action to handle the Walkteron outbreak? Environmental assessment Adequate training Daily monitoring Urban Design Multiple protection barriers Investment into municipal water systems Consider natural landscape & prior surroundings when planning Who & What is Affected By It? Estimated 2,300 people became seriously ill and seven died Infections occur among people of all ages Symptoms are more likely to be severe among very young and the elderly Pregnant women and people with weakened immune system are also at high risk Potlotek First Nation, Cape Breton Discussion: Walkerton Clean Water Centre Safe Drinking Water Act Source Protection Urban Design: Walkerton, Ontario Case Study 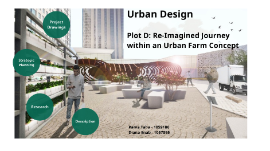 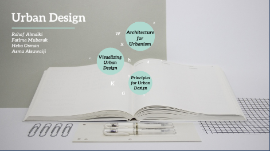 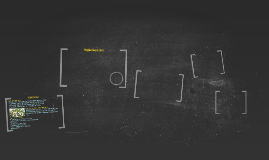 Transcript: What is the Urban Design? URBAN DESIGN What is the important part about Urban design? Neighborhoods Units Now,we will think our neighborhoods.We can say some think about our neighborhoods.Some parts and elements are common for everybody.These are; Urban design ;is about making connections between people and places,movement and urban form,nature and the built fabric.Urban design draws together the many strands of place-making,environmental stewardship social equity and economic viability into the creation of places with distinct beauty and identity. Neighborhoods units are the most important for Urban life and people..I think neighborhoods create core of urban life.Because people's life activities in their natural habitat or neighborhood are consist of these units. What is neighborhoods unit? All activities,functions and some other parts are part of neighborhoods.My personal view some parts or issues make neighborhood. These issues are; -areas which satisfy the needs of peoples -traffic conditions such as status of road -children and family functions such as parks,school -position of people!s home -etc 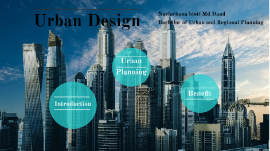 Transcript: Urban Design Nurfarhana binti Md Daud Bachelor of Urban and Regional Planning Urban design is the process of designing and shaping the physical features of cities, towns and village and planning for the provision of municipal services to residents and visitors Introduction Introduction Urban design also deals with the large scale of groups such as building , street and landscapes urban design The goals of making urban area more functional, attractive and sustainable Goal Urban planning in urban design is draw together the many strands of place-making, environmental stewardship, social equity and economic viability into the creation of place with distinct beauty and identity Creating a vision for an area and then deploying the resources and skills needed to bring the vision to life Urban Planning Benefit Current Trends Urban design to create sustainable urban environment with long-lasting structures, building and overall livability. Walkable urbanism is another approach to practice that is defined that support sustainable transport. Compact urban neighborhood also encourage residents to driveless Also prevent urban sprawl 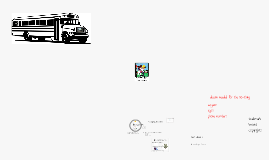 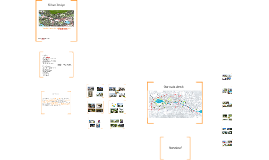