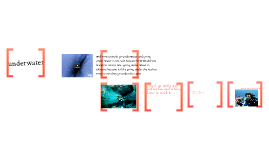 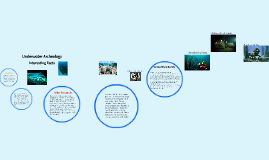 Transcript: Underwater Archeology Excavations at the city of Helike Helike coin featuring Poseidon Hieroglyphic writings Statue of a pharaoh Another statue Coincidentally, the city's patron god was Poseidon, the Greek god of water and earthquakes. Helike even had a coin featuring Poseidon. Helike was found under a lagoon, and excavations are still underway. I chose this topic because I like learning about Sunken cities, and I liked it because I enjoy learning about this (because it is a sunken city). Many ships have sunk in the Bermuda triangle. One example of many is the Sea Venture. The Sea Venture is a ship that, in 1609, crashed in the Bermuda triangle. The ship was captained by George Somers. It crashed onto a coral reef after sailing into a monstrous hurricane. Somers crashed his ship, and about 150 of the people made it safely to the shore of Bermuda. I enjoyed this topic because I think it is interesting, and I chose it because thought it would be fun to learn about. The Bermuda Triangle is the "Ghost" of the sea. Mysterious plane crashes, spooky shipwrecks, rumors of sea monsters and aliens, and many other deep, dark creatures. But what if we could know more about the shipwrecks? We may be able to learn more about how they sunk, and how old they are, or where they came from. Let's find out about one shipwreck! Bermuda Triangle Interesting Facts There are many tales of sunken cities throughout Greek history, such as Atlantis, or Helike. While Atlantis was not written about much, Helike was recounted as a sunken city more often. Scientists used the writings as clues to determine the position of the city. Eventually, in 2001, they found the city. It is believed that the city sank because of a powerful earthquake, seeing as how the city is in an area of high volcanic activity in Europe. Sunken City in the Nile In 2001, French archeologist Franck Goddio was looking for 18th century French warships, but instead discovered the lost city of Heracleion in the mouth of the Nile River. Heracleion was written about a little bit, but nobody knew if the writings were true. The city, according to excavations and research, may have been built in the 8th century and lost in the 6th or 7th. The city was full of many statues of Egyptian gods. There were also statues of pharaohs and a stone with Hieroglyphic writings. the statues are well preserved, being made of stone. I chose this topic because Mrs. Twitchel showed it to me, and I enjoyed learning about it because I still like learning about sunken cities. Helike: The Lost City 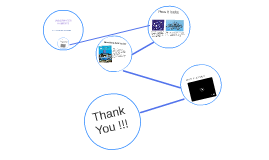 Transcript: Here is the inside of a underwater habitat. There are bedrooms and bathrooms . This is the outside of an habitat. It is not underwater in this picture but its about to go in water. HERE IS A VIDEO Thank You !!! UNDERWATER HABITATS BY: SAGAR AND SAPINDER How it looks They are basically laboratories sent underwater that you can live in. The first known project was in 1962 and the name of the project was the conshelf I. How they look today What Is It Today they are way better and more hi tech with a better way of life now. The last exparement was in 1981 when two people went down