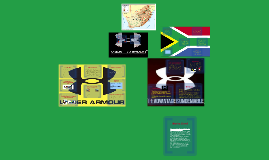 Transcript: Consumers who choose Under Armour over other sports apparel brands do so because the products help solve problems for athletes "We see this as a huge opportunity for our brand," and as a way to make inroads into the $26.4 billion U.S. footwear market, Plank said of the new shoes. Under Armour entered the footwear business in June 2006 Top Selling Women's UA Charge RC Storm Running Shoe Opportunities South African Consumer Profile Population 48,810,427 people (July 2012 est.) Approximately 90% of South Africa's economically active population is found in areas surrounding the cities: Johannesburg, Cape Town, Durban, Pretoria, and Port Elizabeth Represent the country's major areas of economic activity and consumer markets Introduction-Company Overview South Africans are very brand conscious Promotional “give-aways” are also very popular South Africans are becoming increasingly comfortable with making purchases online Avg. Salary $31,500 USD (251,685 ZAR ) South Africa is a middle-income, sophisticated market Brand Mission "To make all athletes better through passion, design and the relentless pursuit of innovation" Founded in 1996 by former University of Maryland football player Kevin Plank Provide the world with technically advanced products engineered with superior fabric construction, exclusive moisture management, and proven innovation Specializing in sport-specific garments, the company dresses its consumers from head to toe. A sophisticated banking sector; The recent strong performance of the rand versus the U.S. dollar; Infrastructure improvements; South Africa serves as a gateway to other countries in Southern Africa U.S- branded goods are known for their quality and continue to gain market share Why Under Armour? In 2011, Under Armour had a measly 6% of the company’s 1.5 billion dollars in revenue came from countries outside the U.S. Huge room for growth internationally. Recently hired new chief of international business. The best way to penetrate a foreign market is by sponsoring teams and endorsing players. Marketing campaign- Many successful campaigns in the U.S. Traditional marketing channels and Social Media The UA Charge RC Storm weighs less than 10 ounces A two-piece upper encourages your foot to flex like it does naturally. UA compression wraps your forefoot muscles in a squeeze that maximizes their strength and slows fatigue. UA HeatGear® fabric wipes away sweat to keep your feet dry, cool, and ultra-comfortable. Micro G® foam and a carbon fiber spring plate add a bounce to each step, converting downward heel-strike energy into forward energy. Inside, our 4D Foam™ The sockliner literally molds to your foot for a slip-free fit. Finishing off by strategically adding a breathable, highly water-resistant DWR finish. That means when you take it off-road, you don't need to fear the mud and splash. Factors Benefiting U.S. Large Emerging Market Stable Economy Huge Growth Potential Pro-Business Environment South Africa-SWOT Why South Africa? UA Shoe Types Olympics Works Cited UA Charge RC Running Shoe Storm UA Micro G® Running Shoe Split Split II Grade Composite Split Grade Strut Stealth UA Assert UA Reign Grade Coldblack Split Brand Awareness That means when you take it off-road, you don't need to fear the mud and splash! Rugby and Soccer Under Armour Moves Across the Globe into South Africa International Marketing Plan Opportunities for U.S in South Africa reflect the growth of its consumer base and its efforts to upgrade and develop its infrastructure to match and further fuel its economic growth Possible sponsorship of the South African Olympic Team Government purchasing is a significant factor in the South African economy Would have to work with the Government officials in order to come to an agreement Climate of South Africa = A subtropical location, moderated by ocean on three sides of the country and the altitude of the interior plateau, account for the warm temperate conditions so typical of South Africa It's a relatively dry country, with an average annual rainfall of about 464mm (compared to a world average of about 860mm). While the Western Cape gets most of its rainfall in winter, the rest of the country is generally a summer-rainfall region. Marketing Managers: Matt Leon, Elizabeth Desmond, and Adam Paterakis Currently the soccer clubs in South Africa are sponsored by Adidas, Nike, and Puma. Big cities like Johannesburg, Cape Town, and other have multiple club teams. There are 19 rugby club teams. Already presence outside the U.S. UA official sponsor for the Welsh Rugby Union and for the German soccer league club Hanover 96. Top Selling Men's UA Charge RC Storm Running Shoe Eventually we will look to expand from shoes to the other Under Armour apparel Such as Compression shirts, Polos, T-shirts etc.... South Africa Population Expansion of Other Apparel There is plenty of room for entry into South American Rugby and Soccer leagues. Under Armour looking for a team that fits the brand. 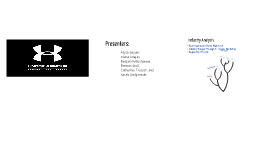 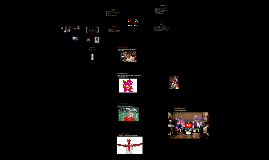 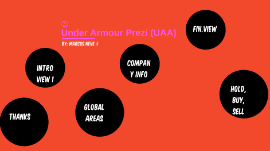 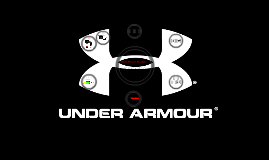 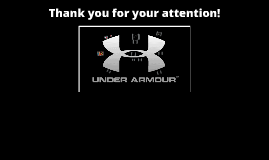 Transcript: Ads with prominent figures Develop more ads that are diverse Eco-friendly clothes Market diversification "Not just for professional athletes, but also for the athlete within you..." One of the best approaches Objective and Task Determines objectives Outlines the tasks Determines the promotion costs Current Sponsorship Future outlook Conclusion Objective Founded by Kevin Plank in 1996 grandmother's basement "Any Given Sunday" Bought a full page Ad: ESPN The Magazine Developing an IMC PROGRAM The start of Under Armour Under Armour Product Heatgear, coldgear, & allseasongear Distribution sales are generated through wholesale channels Revenue Only 6% of our net revenues were generated outside of North America North America accounted for 94% of their net sales IMC Programs discounts survey for consumer postive message •To promote the products of Under Armour in other sports besides football •Diverse target market Under Armour Mixture of promtional elements Advertising Public relations and promotions Retail and online Under Armour Mission Statement: "To make all athletes better through passion, science, and relentless pursuit of innovation" Thank you for your attention! Product Heatgear, coldgear, & allseasongear 12% footwear & 9% accerssories Distribution Majority of their sales are generated through wholesale channels Revenue North America accounted for 94% of their net sales Only 6% of their net revenues were generated outside of North America Design the Promotion Promotional Schedule Suggestions Budgeting Under Armour Planning Target audience Soccer, Basketball, & Baseball Spread to people that engage in active activities Expanding the product to females and not just males Promotion decision Process Planning Implementation Evaluation Areas already being promoted in: Super Bowl Proposed targets of interest Summer Olympics World Cup Prime time TV Product Placement 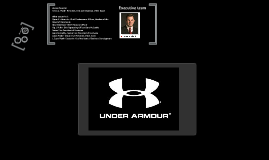 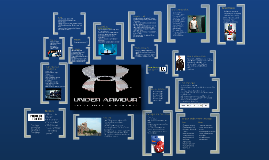