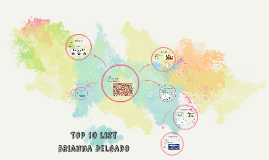 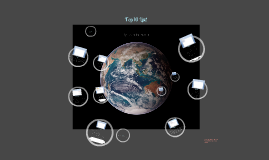 Transcript: Learning how to except changes on your work document by using the review tab. This will allow the changes that people have to made to take affect. Thank you for whatching! Learning how to send Great faxes! Using the templates that Microsoft provides will allow you to make professional faxes. Learning how to use mail merge! Ever wanted a easier way to address multiple envelopes? Well here it is, by using mail merge you can take addresses that are in a table and add them to your envelopes when printing. More information at: http://support.microsoft.com/kb/294683 The End! Number 6.! Number 1!!!!! Number 3! Number 9.! Learning how to make a custom template! This feature is great when Microsoft just doesn't have the template you need, so you just make one! More information at: http://office.microsoft.com/en-us/mac-word-help/create-and-use-your-own-template-HA102929444.aspx?CTT=1 photo credit Nasa / Goddard Space Flight Center / Reto Stöckli Aaron Thomason 2nd Period! Learning how to address many envelopes at one time! This will save you a lot of time. This feature allows you to add address to multiple envelopes at one time instead of you having to write them all down. Top 10 List! Learning how to change the user name! This will come in handy when more than one person is helping is in your group and you are making changes. Learning how to make labels!! This feature allows you to print labels that you stick on envelopes or other materials to make it faster than writing. Number 7.! Number 10.! Learning How to edit someones work! This is a Great feature to use if your working in a group and can't get together! Learning how to comment on someones work! This feature allows you to tell someone to add something that's missing or tell them to change a word or phrase. More information at: http://office.microsoft.com/en-us/word-help/revise-documents-with-track-changes-and-comments-in-word-2007-RZ010235968.aspx?CTT=1 Number 2! Number 5.! Learning how to insert a greeting! It is always nice to start off your paper or letter with a greeting, this will allow you to add one to multiple documents! Number 8. Top 10 List! By: Aaron Thomason Number 4! 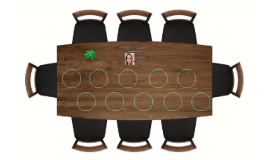 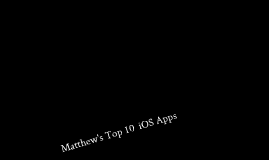 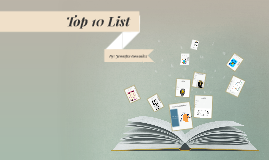 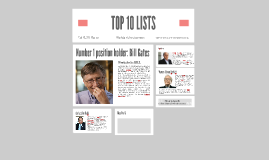 Transcript: Gates was born in Washington on October 28, 1955. He is the son of a lawyer called William H. Gates,. Gates's maternal grandfather was JW Maxwell, a national bank president. His parents had a law career in mind for him. when he was 13 years old, he was enrolled in a private preparatory school. His area of interest was Programming GE system in BASIC. On a tic-tac-toe he made his very fasy program. He was always facinated by software coding. Gates communicate with Micro Instrumentation and Telemetry Systems (MITS), the creators of the new microcomputer, to inform them that he and others were working on a BASIC interpreter for the platform. In November 20, 1985 Microsoft launched its first retail version of Microsoft Windows. He became LinkedIn Influencer In 2013... Amancio Ortega Gaona (Spanish pronunciation: [aˈmanθjo orˈteɣa ɣaˈona]; born 28 March 1936) is a Spanish fashion businessman. He his famous for his ZARA clothing. In October 2015, he was ranked as the richest person in the world for four hours by Forbes. Today, Zara is part of the Inditex group , of which Ortega owns 59.29%, and aside from over 6,000 stores includes the brands Zara, Oysho, Zara Home, Kiddy's Class, Tempe, Stradivarius, Pull and Bear and has more than 92,000 employees Warren Edward Buffett Please Subscribe to this channel which is yours! DONT FORGET TO SUBSCRIBE Worlds richest person On April 11, 2012, he was diagnosed with prostate cancer. Bufet is also active in contributing to political causes, having endorsed Democratic candidate Hillary Clinton for president during the 2016 campaign Amancio Ortega Headline 5 Number 1 position holder: Bill Gates Slim was ranked as the richest person in the world. known as the "Warren Buffett of Mexico"Slim is the chairman and chief executive of telecommunications companies Telmex and América Móvil, Latin America's largest mobile-phone carrier, which accounted for around $49 billion of Slim's wealth by the end of 2010. Slim's total conglomerate comprises a diverse portfolio of businesses from a wide array of industries that include telecommunications, education, health care, industrial manufacturing, food and beverages, real estate, airlines, media, energy, hospitality, entertainment, technology, retail, sports and financial services. Workaholic BILL Carlos Slim Helú Vol XCIII, No. 311 TOP 10 LISTS Warren Edward Buffett was born in August 30, 1930. He is known to all around the world as an American business magnate & investor He is the most successful investor in the world. Buffett is the chairman, CEO and largest shareholder of Berkshire Hathaway and is consistently ranked among the world's wealthiest people. He was ranked as the world's wealthiest person . He is also known as "Oracle of Omaha" 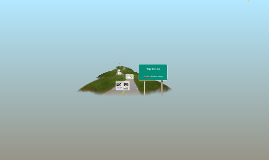 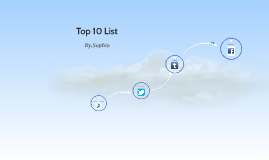