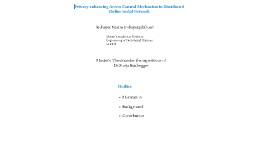 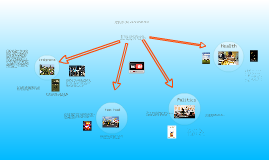 Transcript: Through different types of literature, authors have revealed the important relationship between the food industry and the American way of life. The food industry has many far reaching impacts on many parts of people's lives. The food industry has always had an inertwined relationship with immigrants. They provide the cheap laber necessary for cheap food, and they revieve a job in return. All day long the blazing midsummer sun beat down upon that square mile of abominations: upon tens of thousands of cattle crowded into pens whose wooden floors stank and steamed contagion; upon bare, blistering, cinder-strewn railroad tracks and huge blocks of dingy meat factories, whose labyrinthine passages defied a breath of fresh air to penetrate them; and there are not merely rivers of hot blood and carloads of moist flesh, and rendering-vats and soup cauldrons, glue-factories and fertilizer tanks, that smelt like the craters of hell-there are also tons of garbage festering in the sun, and the greasy laundry of the workers hung out to dry and dining rooms littered with food black with flies, and toilet rooms that are open sewers (Sinclair 338). “In 1970, Americans spent about $6 billion on fast food; in 2000, they spent more than $110 billion. Americans now spend more money on fast food than on higher education, personal computers, computer software, or new cars. They spend more on fast food than on movies, books, magazines, newspapers, videos, and recorded music -- combined.” (Schlosser VII) “On any given day in the United States about one-quarter of the adult population visits a fast food restaurant.” (Schlosser 89) The food industry has been involved in politics for many years. Over time it has become more powerful and has gained even more power over the decision that are made. “Ever since the administration of President Richard Nixon, the fast food industry has worked closely with its allies in Congress and the White House to oppose new worker safety, food safety, and minimum wage laws. While publicly espousing support for the free market, the fast food chains have quietly pursued and greatly benefited from a wide variety of government subsidies.” (Schlosser) “The U.S. government agencies have done exactly what big business has asked them to do.” (O’Brien 103) Three of every five Americans are overweight; one of every five is obese. The disease formerly known as adult-onset diabetes has had to be renamed Type II diabetes since it now occurs so frequently in children. A recent study in the Journal of the American Medical Association predicts that a child born in 2000 has a one-in-three chance of developing diabetes. (An African American child's chances are two in five.) Because of diabetes and all the other health problems that accompany obesity, today's children may turn out to be the first generation of Americans whose life expectancy will actually be shorter than that of their parents. (Pollan 102) This was first brought to light by The Jungle by Upton Sinclair. This book first showed the terrible conditions at meat packing plants. Immigrants Politics Health According to an article by Julia Preston in the New York Times on November 5, 2008, the plant was forced to file for bankruptcy after the closure. The company issued a statement that it was forced to file for chapter 11 bankruptcy because of ““difficult circumstances involving a raid.” Fast Food 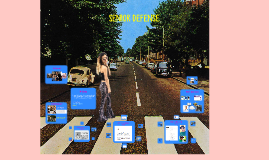 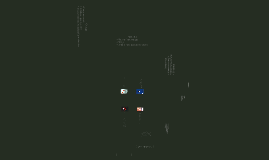 Transcript: Thesis Presentation Thesis: The setting may change, the plot may change, the enemy may change, but under the mask the hero and his adventures are all the same. Physical appearance Mental capability Courage Appearance Above par strength Good physical shape Handsome Mentality Smarter then average Witty Able to think quickly on the spot Courage Every hero has it It defines them as a hero It can sometimes be replaced by motivation Skills The past Leadership Seems to not fit model at first glance Has hero elements, but they are presented in different ways Multiple main characters Very smart, witty hero Stays very true to what a typical hero is like Has to rely on specific skills Mind vs Strength Matt Brennan is prototypical hero. Strong, smart, and courageous Story follows many common adventure themes