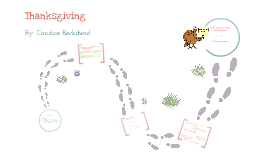 Transcript: Thanksgiving What are horns of plenty? a symbolic, hollow horn filled with gifts of many fruits. Thanksgiving, is a holiday celebrated in the United States on the fourth Thursday in November. It has officially been an annual tradition since 1863, when, during the Civil War, President Abraham Lincoln proclaimed a national day of "Thanksgiving and to be celebrated on Thursday." Thanksgiving Day is a holiday celebrated primarily in the United States and Canada. Today, Thanksgiving is primarily celebrated as a Holiday! *In the US, about 280 million turkeys are sold for the Thanksgiving celebrations. *Californians are the largest consumers of turkey in the United States. *Although, Thanksgiving is widely considered an American holiday, it is also celebrated on the second Monday in October in Canada. *Black Friday is the Friday after Thanksgiving in the United States, where it is the beginning of the traditional Christmas shopping season. DID YOU KNOW??? The traditional Thanksgiving food are turkey, pumpkin pie, stuffing, sweet potatoes etc. We may eat these foods on modern day Thanksgiving, but the first feast did not have any of these items. On the first feast turkey was a animal the pilgrims did not hunt. Pumpkin pie wasn't on the menu because there were no ovens for baking, but they did have boiled pumpkin. Cranberries weren't introduced at this time. Because of the supply of flour there was no bread of any kind. The foods included in the first feast included duck, fish, lobster, berries, dried fruit, pumpkin, squash, and many more vegetables. <--(Remember THIS!) QUIZ TIME! *What were ALL the foods (That I listed) they ate during thanksgiving? (GET ALL OF THEM ILL GIVE YOU 2 "DUM DUM's") HOPE YOU ENJOY YOUR THANKSGIVING!! What is really Thanksgiving? & How was Thanksgiving created? *The event that some Americans commonly call the "First Thanksgiving" was celebrated by the Pilgrims after their first harvest in the New World in 1621. * The first Thanksgiving feast lasted three days, and was attended by 53 Pilgrims and 90 Native Americans. You Get it right, You get a dum dum :) BY: CANDICE BECKSTEAD *Who were the first people to have the "First Thanksgiving"? How much turkey is sold for thanksgiving celebrations? By: Candice Beckstead * Thanksgiving... *In canada when and what day does thanksgiving fall on? *What are Horns of Plenty? THE END Thanksgiving is generally seen as a time to get together with loved ones, eat a large amount of food, watch some football, and of course give thanks for all the blessings in our lives. Many homes will be decorated with horns of plenty, dried corn, and other 'symbols' of Thanksgiving. 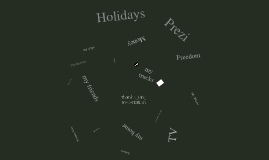 Transcript: What I am Thankful for My job my dogs my trucks My Phone Electricity my familey my friends Running Water Money TV Laughter School Freedom my home Food Thanksgiving Presentation The Internet Prezi By Roy Lester By Roy Lester Holidays By Roy Lester 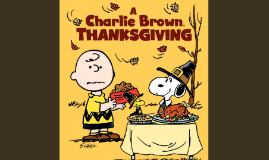 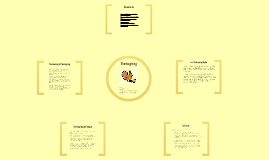 Transcript: Fun Facts How Thanksgiving Began Thanksgiving and Religion An interesting fact is that Thanksgiving is not a official religious holiday. The First Amendment prevents Congress from having a religion or prohibiting its free exercise, Presidents, as well as Congress, have always recognized the American regard for sacred practices and beliefs. The Pilgrims, with the rejection of public religious display, held a non-religious Thanksgiving feast, aside from saying grace. In fact, they seem to have used the three days for feasting, playing games, and enjoying each other's company. Thanksgiving Resources What it is, Where it came from, And how it started The word "thanksgiving"- the act of giving thanks,a prayer expressing gratitude, and or a public acknowledgment or celebration of divine goodness. On the third Thursday of November, millions of families will celebrate Thanksgiving with roasted turkey and other delicious food but in early America Thanksgiving was not always about he food. President George Washington proclaimed Thanksgiving to be a day of “public thanksgiving and prayer.” Thanksgiving is meant to be a day to reflect on all the things we can be thankful for. Before the colonists came to America, the Indian colonies celebrated good harvests with dances and rituals, such as the Green Corn Dance of the Cherokees. The early American colonists celebrated their long journey from England to America with a feast, with the Wampanoag Indians. They had a large feast and showed thanks for the success of their crops and for being deliveredthe journey to America. http://www.thelaboroflove.com/articles/how-did-thanksgiving-originate http://www.si.edu/Encyclopedia_SI/nmah/thanks.htm http://blog.heritage.org/2011/11/23/the-true-meaning-of-thanksgiving/ http://www.merriam-webster.com/dictionary/thanksgiving http://christianity.about.com/od/holidaytips/a/thanksgivingtra.htm The Meaning of Thanksgiving Popular traditions- Football is an important part of many Thanksgiving Day celebrations in the United States. Many regional and rival college and high school football games are played on Thanksgiving weekend. In New York City, the Macy's Thanksgiving Day Parade is held annually every Thanksgiving Day. Another well celebrated tradition in the United States is the start of the Christmas shopping season the day after Thanksgiving, known as the busiest shopping day of the year. 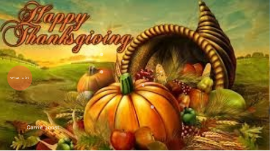 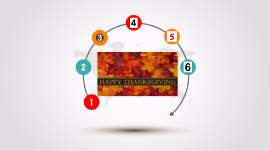 Transcript: What do you know about Thanksgiving? Tell at least five things you are thankful for Why I, the language assistant, am thankful What Thanksgiving means to me For students in school and university, thanksgiving holiday lasts for one week; workers generally have one (sometimes two) days off What foods are associated with Thanksgiving? Thanksgiving marks beginning of the holiday season (winter solstice, Christmas, New Years, etc.) Before We Begin... 1 History of Thanksgiving 2 Thanksgiving is an annual national holiday marked by gatherings and a traditional meal. The holiday commemorates a harvest festival celebrated by the Pilgrim Fathers in 1621, and is held in the US on the fourth Thursday in November. A similar holiday is held in Canada, usually on the second Monday in October. #1 Who were the Pilgrims? The Pilgrims or Pilgrim Fathers were early European settlers of the Plymouth Colony in present-day Plymouth, Massachusetts, United States The voyage from Europe to North America lasted for 65 days They voyaged to North America to escape the harsh rules of England in order to freely practice their religion, Calvinism #2 The Mayflower The Mayflower was an English ship that famously transported the first English Puritans, known today as the Pilgrims, from Plymouth, England to the New World in 1620. #3 X Thanksgiving is on the fourth Thursday of every November. This past year, it was the 23rd of November. Why is Thanksgiving celebrated? The colonists (early European settlers) were new to America and didn’t know how to grow food. The Native Americans helped the colonists. They showed the settlers how to grow food and to hunt. The settlers had their first harvest in America with the help of Native Americans. Together, they celebrated with a large feast lasting for three days. Everybody enjoyed themselves and had a wonderful time. Why is Thanksgiving celebrated? (continued) Why is Thanksgiving celebrated? (continued) Unfortunately, after the first gatherings of Thanksgiving, colonists eventually removed Native Americans from their own lands. While Thanksgiving is a happy occasion, it is important to remember those who think of Thanksgiving differently. Consequences of Thanksgiving Consequences of Thanksgiving Questions after the video: Which president of the United States made Thanksgiving a holiday? When does Thanksgiving take place? What types of food are typical of Thanksgiving? Thanksgiving Activities Matching Matching Thanksgiving Food Vocabulary Thanksgiving Food Vocabulary Thanksgiving Food Matching Thanksgiving Food Matching Vocabulary List: Stuffing Gravy Ham Casserole Mashed Potatoes Apple Pie Cranberry Sauce Vegetables Turkey Cornbread Word Search Word Search Macy's Day Parade Largest parade in the world Second oldest parade in the United States Has taken place every Thanksgiving since 1924 in New York City (excluding years 1942, 1943, and 1944 due to the Second World War) Every year, over 44 million people watch the parade via television; 3.5 million people attended in 2013 Macy's Day Parade Videos Macy's Day Parade Videos Macy's Day Parade Photos Macy's Day Parade Photos 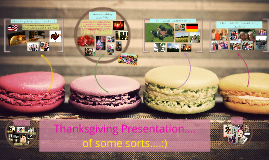 Transcript: Weirdness Photograpgy I'm thankful for GERMANY :) OBVIOUSLY I'm thankful for my family<3 German Holiday Soon After On each of the four Sundays of before Christmas there is a slight celebration called Advent so on the first Advent we decorate everyyyything for Christmas and start opening our mini daily gifts and light a special candle. Thanksgiving Presentation.... of some sorts....:) Will Smith<3 Music and Singing The Little Things Also I'm thankful for fashion and those type of things<3 I'm not American and so I don't actually celebrate Thanksgiving.... Instead my family and I get together with some friends that ARE American and well, we eat... all day.... YUMMY:) Here's the problem... (sort of Tradition) Books I'm thankful for my friends <3 Jaden Smith Lastly I'm thankful for a bunch of random things!! (...people) Emma Watson 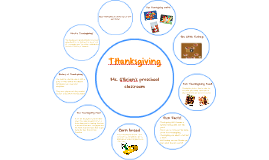 Transcript: History of Thanksgiving Today, in the United States, corn bread is often served as part of a Thanksgiving feast, but corn was unknown to the early American settlers. The Native Americans introduced the pilgrims, the new settlers, to corn. THanksgiving Ms. O'Brien's preschool classroom Fun Thanksgiving crafts! Ten Little Turkeys Thanksgiving is also a time to make fun food with your family! There's lots of ideas on the internet and other sources. The tradition started when in 1620 a group of men, women and children left England on a ship called Mayflower They were pilgrims and they wanted to start a new life in the New World What is Thanksgiving? Thanksgiving was originally celebrated as a day of giving thanks for the blessing of the harvest and of the preceding year. The holiday is celebrated on the fourth Thursday of November. Fun Facts! The Thanksgiving Feast Fun Thanksgiving Food! Corn bread Happy Thanksgiving to all and enjoy it with your family! In the fall, the pilgrims harvested their crops. They were very grateful to the Native Americans for teaching them how to survive off the land. The pilgrims and the Native Americans had a feast to give thanks for their food and their friendship. Thanksgiving didn't become a national holiday until over 200 years! There was no turkey on the menu at the first Thanksgiving Thanksgiving was almost a fast-not a feast! Wild turkeys can run 20 miles per hour when they are scared!