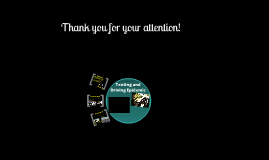 Transcript: Out of site, Out of mind!! Hide it from yourself!! Pull off to the side of the road if its that important. Statistics In Utah, Ban on texting is for all drivers and it's a primary law. Texting and Driving Epidemic In 2009, 5,474 people were killed in crashes involving driver distraction, and as estimated 448,000 were injured. Prevention Laws in Utah SHUT YOUR PHONE OFF!! Thank you for your attention! Sending or receiving a text takes a drivers eye from the road for an average of 4.6 seconds. Thats drinving an entire football field going 55 MPH 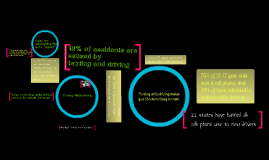 Transcript: Texting While Driving Some are considering this to be "Ageist" Laws on texting while driving need to be strictly enforced Why should laws be strictly enforced? Texting while driving makes you 23x more likely to crash 16% of those accidents had those 20 years old and younger 75% of 12-17 year olds own a cell phone, and 34% of them admitted to texting-while-driving Not all of distracted driving related crashes are related to texting while driving. Texting while driving may seem harmless but anything can happen, then your life or someone else’s is gone or changed forever. “Teens are singled out because they don’t really have any political power in society. They can’t vote, they don’t have that much money to donate to campaigns.” 21 states have banned all cell phone use to new drivers 18% of accidents are caused by texting and driving 2009, 5,474 people were killed in the U.S. due to distracted driving 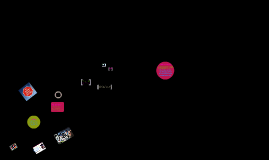 Transcript: By Brooke Griffith I think texting and driving is bad and dangerous when you send, read, or type a text, you are taking your eyes off the road, therefore you are distracted and not paying attention to the road. During this time, you could cover the length of a football field going 55 mph. When texting, you are 23 times more likely to get in an accident, then a non-texting driver. Why texting and driving is bad On some phones, there is now a block that will not let you send a text if you are moving faster than 5mph. I knew Ashley, this was a very tragic and unexpected accident. when the police looked through her car, they found her phone open on a text. Solutions to the problem 50% of drivers that text and drive, are under the age of 35. It only takes 5 seconds to take your eyes off the road to text. My opinion: Ashley had gotten into a fight with her parents and she got in her car and left her house. she started to text a friend to ask to come over, but before she could send it, she was already dead. You can also download apps that put your phone in a mode that won't send or recieve texts or calls. The driver of the smart car was texting when the car collided with this truck. The driver of the car died. The problem: 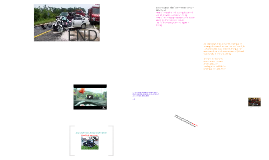 Transcript: statistics by a study of American automobile association: -46% of teens admitted to being distracted behind the wheel because of texting. -40% of the teens say they have been in a car when the driver use a cell phone. - half of drivers 16-24 are texting while driving. what do you think is the most dangerous, drunk driving or texting while driving ? A 2009 experiment with car and driver prove that texting while driving had a greater impact on savety than driving drunk. Why? A study showed that at 35mph, reading a text message decreased the reaction time from 0,12 to 0,87 seconds. Also Impaired driving at the same speed resulted in an increase of 0,13 and 94 seconds, in term of stopping. here are the numbers: sober: 54 sec. to brake drunk: add 4 feet reading a text: add 36 feet sending a text: add 70 feet END car accident in drummondville eyes on the road, hands on the wheel ! Don't text and drive. 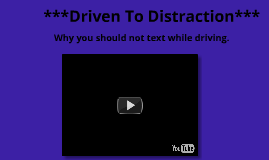 Transcript: Why you should not text while driving. ***Driven To Distraction*** 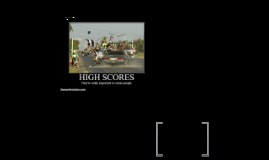 Transcript: If you use a cell phone, chances are you’re aware of “text messaging”—brief messages limited to 160 characters that can be sent or received on all modern mobile phones. Texting, also known as SMS (for short message service), is on the rise, up from 9.8 billion messages a month in December ’05 to 110.4 billion in December ’08. Undoubtedly, more than a few of those messages are being sent by people driving cars. Is texting while driving a dangerous idea? We decided to conduct a test. Previous academic studies—much more scientific than ours—conducted in vehicle simulators have shown that texting while driving impairs the driver’s abilities. But as far as we know, no study has been conducted in a real vehicle that is being driven. Also, we decided to compare the results of texting to the effects of drunk driving, on the same day and under the exact same conditions. Not surprisingly, Car and Driver doesn’t receive a lot of research grants. To keep things simple, we would focus solely on the driver’s reaction times to a light mounted on the windshield at eye level, meant to simulate a lead car’s brake lights. Wary of the potential damage to man and machine, all of the driving would be done in a straight line. We rented the taxiway of the Oscoda-Wurtsmith Airport in Oscoda, Michigan, adjacent to an 11,800-foot runway that used to be home to a squadron of B-52 bombers. Given the prevalence of the BlackBerry, the iPhone, and other text-friendly mobile phones, the test subjects would have devices with full “qwerty” keypads and would be using text-messaging phones familiar to them. Web intern Jordan Brown, 22, armed with an iPhone, would represent the younger crowd. The older demographic would be covered by head honcho Eddie Alterman, 37 (or 259 in dog years), using a Samsung Alias. (Alterman also uses a BlackBerry for e-mail. We didn’t use it in the test.) Our long-term Honda Pilot served as the test vehicle. When the red light on the windshield lit up, the driver was to hit the brakes. The author, riding shotgun, would use a hand-held switch to trigger the red light and monitor the driver’s results. A Racelogic VBOX III data logger combined and recorded the test data from three areas: vehicle speed via the VBOX’s GPS antenna; brake-pedal position and steering angle via the Pilot’s OBD II port; and the red light’s on/off status through an analog input. Each trial would have the driver respond five times to the light, and the slowest reaction time (the amount of time between the activation of the light and the driver hitting the brakes) was dropped. 3. The third is from a law firm that represents people hurt in texting whild driving and drunk driving accidents. It shows a long list of facts and statistics about texting while driving. Including this fact, About 6000 people are killed and 500000 people injured every year because of distracted driving. 2. The second article was from the FCC and it discussed the certain laws pertaining to texting while driving and how you could be arrested for it. The results, though not surprising, were eye-opening. Intern Brown’s baseline reaction time at 35 mph of 0.45 second worsened to 0.57 while reading a text, improved to 0.52 while writing a text, and returned almost to the baseline while impaired by alcohol, at 0.46. At 70 mph, his baseline reaction was 0.39 second, while the reading (0.50), texting (0.48), and drinking (0.50) numbers were similar. But the averages don’t tell the whole story. Looking at Jordan’s slowest reaction time at 35 mph, he traveled an extra 21 feet (more than a car length) before hitting the brakes while reading and went 16 feet longer while texting. At 70 mph, a vehicle travels 103 feet every second, and Brown’s worst reaction time while reading at that speed put him about 30 feet (31 while typing) farther down the road versus 15 feet while drunk. Alterman fared much, much worse. While reading a text and driving at 35 mph, his average baseline reaction time of 0.57 second nearly tripled, to 1.44 seconds. While texting, his response time was 1.36 seconds. These figures correspond to an extra 45 and 41 feet, respectively, before hitting the brakes. His reaction time after drinking averaged 0.64 second and, by comparison, added only seven feet. The results at 70 mph were similar: Alterman’s response time while reading a text was 0.35 second longer than his base performance of 0.56 second, and writing a text added 0.68 second to his reaction time. But his intoxicated number increased only 0.04 second over the base score, to a total of 0.60 second. As with the younger driver, Alterman’s slowest reaction times were a grim scenario. He went more than four seconds before looking up while reading a text message at 35 mph and over three and a half seconds while texting at 70 mph. Even in the best of his bad reaction times while reading or texting, Alterman traveled an extra 90 feet past his baseline performance; in the worst case, he went 319 feet farther down the 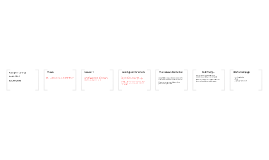 Transcript: Thesis It is very dangerous to text while driving. Just last year about 6000 teens were killed in car accidents because of the usage of cell phones. Looking out for others Date/5/16/2012 Work cited page Why is it important not to text while driving? Texting while driving Texting while driving not only puts your life in danger but also the people driving around you. Also even if you aren't on the phone there may be other drivers on the phone which can also end up in an accident. It doesnt matter if texting keeps you informed it can still cause you to wreck. Police are now given out a ticket to who ever they catch using phones while driving. aaa foundation ghsp common sense facts Samuel Hunt And finally... The newest distraction driving while using an electronic device is the newest driver distraction danger on the road. 11 percent of drivers are talking on their phones at any given time. Reason 1 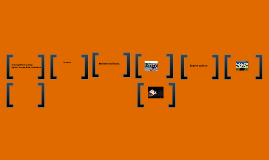