HomeTemplatesOtherTemplate Of A Changeover Presentation

Template Of A Changeover Presentation 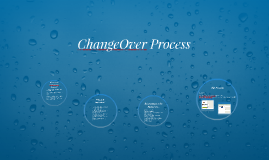 Transcript: What is the ChangeOver Process? Located at http://thetank/ourorganisation/Engineering/OperationsMaintenance/OCC/OCC%20Changeover%20Checklist Incoming shift needs to be aware of what is happening Incoming shift needs to understand threats and priorities So that it does not negatively impact current tasks Crucial to have a complete view of current issues that are impacting the business and OCC role Ensure consistent operating performance  confined spaces  current outages  Key Accounts currently impacted  IVR messages  Are systems running properly  Incomplete jobs?  Are there tasks to be completed by who/ by a certain time? I.e. confined space The OCC is a 24 hour team made up of different shifts Outgoing shift replaced by incoming shift Gives the knowledge and capability of confidently producing the necessary information to roll out to the next shift team The Process Information to be passed on... Why is it important? ChangeOver Process

Transcript: Pilot This introduces one part of the company to a new system. They will test it and if everything goes well then the system will roll out to the rest of the company. For example an aircraft trying out a new radar machine. Advantages: If anything goes wrong it will only affect a minor part of the company, therefore there is damage limitation. This gives you the chance to test out the issue. Disadvantages: It will take a long time for it to be tried and tested. . Parallel Changeover is moving from one system to another. There are four types of changes which are direct, pilot, phased and parallel :))) Changeover In this scenario people are concerned about loss of data so both systems run independently for a while until all the bugs are out of the new system. For example, a criminal records system. Advantages: No data is lost if the new system breaks because you can rely on the old system. Disadvantages: Time and effort is wasted entering data into both old and new systems. Changeover Phased This way you stop using the old system completely and swap over to using the new system. For example, a small buseinss that needs a simple swap to a new system. Advantages: Switching to a new system can be very simple, cheap, and effortless. Disadvantages: You are completely dependent on the new system which means if something goes wrong then you can't do anything about it/you're stuck. A system is introduced feature by feature, slowly taking over from the old system. For example, an online store. Advantages: If one part of the system fails it is easy to revert back to the old system. Disadvantages: Will take a long time for the system to be completely installed and working, by which time the first part of the system might be out of date. Direct P . 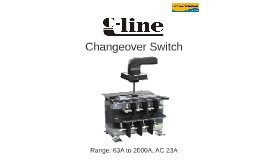 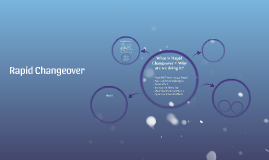 Transcript: Hang parts - refers to the removal of used parts and installation of “new” parts (clean, clean and 2nd size), component or equipment during the changeover. Base Condition – original (intended) condition of the unit op or equipment. Restart - occurs when the system is “told” to run Shutdown - equipment or unit op ceases to operate or it is “told” to stop operating. Ramp up - transition period when the equipment or unit op is being restarted on its way to “going”. Typically equipment speed gradually rises and often sellable product is not made during the ramp up (this is not always true). Preperation Understanding the Situation Maximizing External Effort Optimizing Internal Effort Optimizing External Effort Eliminating adjustment points Standardize Consolidate Gains + Reapply What is Rapid Changeover + Why are we doing it? Does NOT mean to go faster! Tools and methodologies Team effort Increase in flexibility Maximize External Efforts Optimize Internal Efforts Rapid Changeover 8 Step RCO Process Step 1 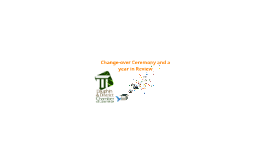 Transcript: A lot has been accomplished over the course of a year... Storefront Contest Winners Almost New Store Kinsmen Expo 2015 New Chamber Benefits! Change-over Ceremony and a year in Review 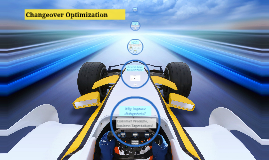 Transcript: E.C.R.S. Define the current process Why improve changeovers? "This is how we do it" Shift internal to external operations More capacity means that we can plan efficiently & optimise our production Document it Put the new method into practice Changeover Optimization Put improvements into practice! What can you do to shift internal to external? Develop an improvement culture Analyse the motion Internal - processes that can only occur when the machine is stopped - ie change filler parts Challenge the current changeover time Better planning = easier changeovers (like products grouped with like products) This results in even better OEE and we achieve our KPI's Pre set components using jigs Mark set points or add rulers and pointers Quality Right First Time = Setup Right First Time We need our customer to want to buy from us "This is the only way" Streamline internal processes By having better changeover we can schedule more effectively Gives us time to work on the business tomorrow rather than just in the business today Eliminate internal processes "it wont work" Less time in changeover = more time to run production / improve the business "But its always taken this long" Eliminate the need for tools, or at least make provision for one tool to do everything. Video a changeover and review Develop Standard work Major gains can be made by completing external activities whilst the machine is running - getting equipment, staging dry goods Our customer does not want to pay for changeover - only good wine Improve the improvements Implement But what actually IS changeover? SMED Better changeovers = better setup = fewer quality problems Keep reviewing and improving the processes Each changeover takes xx mins, therefore total time in changeover on a typical week is xx hours. if we reduce the changeover by 54 mins, we get an additional XX hours to make product Remember...... Aim to complete several improvement exercises per year in each area Identify internal and external activities record and compare the results (video the changeover) Cost of rework re-setup, on the fly adjustments, micro stops $$$$$ Changeover improvement is not 'magic' Pre heat components if needed Eliminate unnecessary work Combine activities Re-arrange activities Simplify activities Train out We need to act profitably. Therefore we MUST reduce our costs. Faster changeovers allow us to build capacity and achieve our KPI's Good changeover can only occur if all the lean foundations are also met. 5S and Standard Work especially Start by doing what's necessary; then do what's possible; and suddenly you are doing the impossible Don't forget to control the new methods Non value added time. Develop SOP's Single Minute Exchange of Die Changeover Optimization methods Example of the benefits of changeover improvement Customer Pressure, Business Expectations! Follow the process Make Standard Multiple changeover improvement events are required to deliver significant gains External - processes that can occur when the machine is running 'Big shots are just little shots who keep shooting' Document and control the new method We complete XX type XX changeovers per week. How does this fit into the CI House? xx hours multiplied by the number of available weeks, multiplied by maximum run speed equates to an additional xx 9LE equivalent capacity Is the process necessary? can it be combined, re-arranged or simplified? Time the phases Establish a changeover team & culture Changeover improvement is not a one off event "This is the best way"