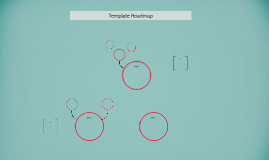 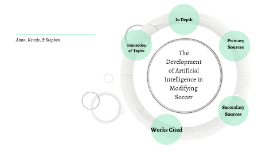 Transcript: Anna, Kenzie, & Stephon The Development of Artificial Intelligence in Modifying Soccer Connection of Topics Interests --Soccer --Artificial Intelligence --History Simple Questions Simple What artificial intelligence has already been created? What is artificial intelligence? What is the history of artificial intelligence? Complicated Questions Complicated What are the risks and the benefits of artificial intelligence? How does the development of A.I. in advanced movement help with life? How is A.I. programed? Complex Questions Complex To what extent can A.I. be used in sports? Could A.I robots replace referees with an unbiased viewpoint? Does artificial intelligence present ethical and nonethical challenges? In Depth Overarching Question Could artificial intelligence be developed to modify soccer? Ghafourifar, Brienne, and Alston Ghafourifar. “What Would Professional Sports Look like with AI Referees and Other Smart Tech?” YouTube, YouTube, 23 Aug. 2017, www.youtube.com/watch?v=cBNz9gfCSR4&app=desktop. Ghafourifar, Brienne, and Alston Ghafourifar. “What Would Professional Sports Look like with AI Refere... Secondary Source A.I. in Soccer A.I. in Soccer 98% chance of AI replacing ref 3D soccer plays using robots Video playbacks goal-line technologies high speed cameras & microchip implants real time data from systems data from wearables (ex) smart jerseys facial recognition Primary Primary Sources Wireless Communication in Robot Soccer --case study of robot soccer-- robots (multi-agent system) play soccer without any human interferences --a robot soccer system consisting of many working technologies, --interest of study is the wireless communication between the host computer and the robots --use robot soccer as a 3D representation of plays and to recreate past games to study mistakes Wireless Communication in Robot Soccer Nadarajah, S., and K. Sundaraj. “Wireless Communication in Robot Soccer.” Wireless Communication in Robot Soccer: A Case Study, 11 Jan. 2013, ieeexplore.ieee.org/document/6408360/. Spagnolo, Paolo, et al. “Non-Invasive Soccer Goal Line Technology: A Real Case Study.” Non-Invasive Soccer Goal Line Technology, IEEE, 12 Sept. 2013, ieeexplore.ieee.org/document/6595993/?reload=true. Goal Line Technology Goal Line Technology -- case study on a Goal Line Monitoring system --core-- ball detection algorithm -- not require any changes to the ball, goal posts,etc - - purpose- to limit "bad calls" regarding if the ball has completely crossed the goal line -"only way to definitively avoid [bad calls] is to introduce a "goal line technology" , i.e. an automatic system to assist the referee in decisions in concerning goal events" Secondary Sources Secondary Sources This article explains how soccer is a high intensity sport and during the course of a game, heart rate values flucuate between 60-75% of maximal HR to upwards of 80-90% Heart Rate Max, SInce atheletes who consistenly maintain such a high Percentage of HRmax during the course of a game will begin to show signs of fatigue, Practices and training needs to be similar to conditions expericed during a game and use of HR monitoring can assist coaches and players in better understanding how to match training to game play. In that perspective we would need a technology that can measure heart rate through out a practice and be able to not intefere with the practice. So the Perfect and most versatile thing would be an apple watch as it tells you your heart rate through out the hours and mintues of practice. Kostelis, Kim. “Using Heart Rate Monitoring In Soccer.” American College of Sports Medicine Certification, American Certification Of Sports Medicine, 13 Jan. 2015, certification.acsm.org/blog/2015/january/using-heart-rate-monitoring-in-soccer. This article explains how soccer is a high intensity sport and during the course ... The san Francisco Deltas ( A new soccer team) asipires to use AI to build and increase fan engagment They want to do this through the intrest of smart ticketing. Smart ticketing technology will allow ticket buyers to change seat from game to game, based on ther backgrounds and intrests. For example, a fan could sit with thier family duriing one match and move to a section with a "louder, more energetic supporters' section. Williams, Jack. “San Francisco Deltas: Silicon Valley's AI-Enhanced Take on Soccer.” The Guardian, Guardian News and Media, 29 Mar. 2016, www.theguardian.com/football/blog/2016/mar/29/san-francisco-deltas-nasl-soccer-team-virtual-reality. The san Francisco Deltas ( A new soccer team) asipires ... Intelligence Explosion- Uncontrolled hyper leap in the congnitive ability of AI that can spell doom for the human race one day Advances in artificial intelligence—in particular, within a branch of AI called deep neural networks—are putting AI-driven products front-and-center in our lives. These things can be From voice receongintion to siri to the even new Iphone 10 face recongniction. Goes along with our inquiry of if 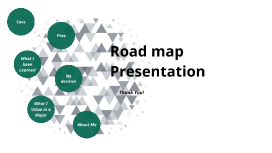 Transcript: Road map Presentation Thank You! Past Experiences About Me Working with people Sports Travel Family and friends I hate math I tend to do well in English courses What I Value in a Major What I Value in a Major Having Variety and Change Travel Social Having time off Incorporate Sports What I have learned about myself and each major What I have Learned Through class activities like SII, I was able to learn more about myself and some career paths that never came to mind. Marketing Marketing Diverse Career Choice High Demand Only one math class in curriculum Able to find personal enjoyment Communications Communications Can be applied to many jobs Learn the most important skill You can have hands on experience There is little to no math Pros Pros Communications Communications Variety of jobs Constantly working with people Learn the different sides of communications Lots of Writing and little math Marketing Marketing Variety of options Possible Relocation and Business Trips High Starting Level Salary Cons Cons Communications Communications Its always changing Hard to stand out Lack of direct Career Path Marketing Marketing Possible long hours Hard to stand out Stressful Work Harder Math and less English My Decision My decision I have decided to stay in the exploratory course in hopes to find my major for now I am leaning towards the communications route and considering making that decision before break ends 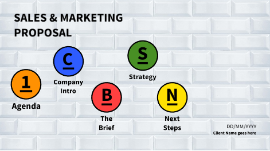 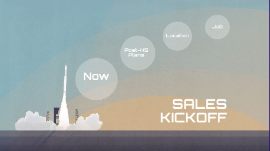 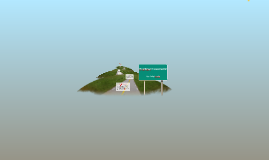 Transcript: One word that encompasses my 10th grade year is grateful. I chose the word grateful because I was grateful to learn the things that I learned this year. These things will help my progress through the year with success. I can now write a lot better and have better paragraphs. These things will help me throughout my life. One thing I wish I could do over would be the last nine weeks. I have not tried my best in the last nine weeks and let my grades get bad. I work got sloppy and it showed. I also got lazy when it came to homework and that also reflected on my grade a lot. That is what I wish I could do over. I liked the daybook idea, I think it helps a lot with showing progress on how you have done. I could tell a big difference in my writing since from when I started at the beginning of the year to the end. I liked most of the assignments that we did on the Lord of The Flies. I thought that it was fun and entertaining some of the stuff we did. Overall I liked doing the daybook. It kept things organized and i always knew where it was. I have many goals but here are the four. One goal is to get better grade. Another goal is to get better attendance. Next I would like to do good in the classes that I need to help me in the future. Lastly I would like to finish and know that I did the best that I could. Two Quotes that represent who I am today are "There may be people who have more talent than you, but there is no excuse for anybody to work harder than you".-Anonymous. I chose this quote because there really isn't a reason why someone should work harder than you. Another quote I chose is "Give a man a fish and you feed him for a day; teach a man to fish and feed him for a lifetime.-Maimonides. I chose this quote because it represents how I learned this year and how I can use it in the future. The symbol I chose is a turtle. I chose this animal because once I came out of my shell and not afraid to learn things I became successful. Just like a turtle that hides in its shell when it is scared. That is one symbol that represents me. I have grown a lot in English this year. I have noticed my paragraphs and MLAs have got a lot better. As a student I have realized the importance of things. I have also looked into what I would like to do in the future. These things that i have done academically have helped me with my future career and furthered me in knowledge for my career. By: Cody Lundy My Do Over Praises How I've Grown The process of it took a little longer but it was well worth it. It helped make my paragraphs bigger and better. Also it made my paragraphs look a lot better. It gave every point and information that you need to get a good grade. This is a good process if you have a hard time making and filling a paragraph. A Symbol My praises are the many fun memories that I had this year in many classes. I thought that this class was one of the funnest ones. There were so many fun times that I can't name all of them. I also enjoyed some of the assignments this year. Those are all of my praises. 10th Grade Favorite Assignment One Word Roadmap Presentation Two Quotes Daybook Reflection TIQA Reflection Four Goals For 11th Grade My favorite assignment was when we made people to represent a character in The Lord of The Flies. I liked it because it was fun. I also liked it because it was creative. I liked making up different things to make as body parts. That was my favorite overall assignment. 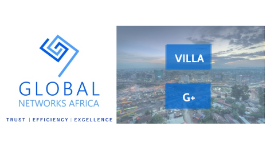