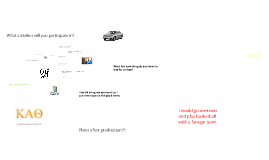 Transcript: Syracuse university What other schools did I consider before picking my favorite? I considered Baylor University and Duke University What is the mascot of this college? Why did I choose Syracuse? I chose Syracuse because it is a really good school and it fit my criteria. What are the School's admission requirements? "While the rigor of your coursework tells us a lot about you, we’ll also consider your SAT or ACT score (whichever is higher). If you only take the ACT, you’ll need to take the optional ACT writing test. If you are considering the Score Choice option for the SAT, please be aware that we require all of your test scores. This works to your benefit as we will take the highest combination of your SAT scores."- www.syr.edu Preparing for college! How will I study for SAT/ACT? I will pay attention and be commited to my studys. How will I pay for college? Hopefully through basketball scholarship and my half decent grades. What career do I want after college? I want to play basketball overseas because they make more money than they do here. What will I do to celebrate my highschool graduation? I will just go home and take a nap because I'm gonna need it... seriously. Attending College! Where will I live in college? In the dormatory so i can be closer to school and focus on my work. What is one old thing you want to bring with you to college? I would bring my yearbook so I can reminisce on the good times. What fun new thing do you want to buy for college? What activities will you participate in? I will join a sorority and play basketball. Plans after graduation?? I would go overseas and play basketball with a foreign team. Y.O.L.O 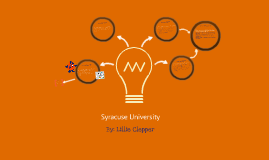 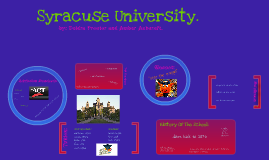 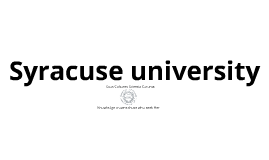 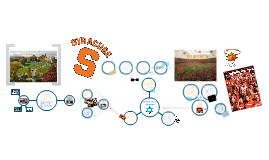 Transcript: 1. Fulfill 65 credits in the College of Arts and Sciences. 2. Complete the following general skills requirements: • first semester writing course; • two courses in foreign languages; • one course in quantitative skills • one additional skills course in foreign languages, quantitative skills, speech, or computer skills. Courses approved for this requirement include: any 3 to 4 credit foreign language course • two writing intensive courses from an approved list. 3.Complete the following divisional requirements: • two courses (6 credits) in social sciences • two courses (6 credits) in humanities; • two courses (6 to 8 credits) in natural sciences and mathematics; • four additional courses (12 to 16 credits) from any of the three areas listed above. 4. Complete the requirements of one major plan of study in the Newhouse School of Public Communications. 5. Complete a minor or an area of specialization comprising at least 18 credits in a single department in a school or college other than public communications. At least 12 of these credits must be in upper-division courses. Non - varsity sports include wrestling, baseball, men's ice hockey, and rugby. Student life at Syracuse is amazing. The Office of Student Activities provides an opportunity to get involved in social events, activities and programs. With over 300 clubs and organizations, an SU student could never get bored! There are 61 diverse fraternal organizations to choose from at Syracuse. The Office of Student activities produces traditional events such as the Pulse Performing Arts Series, Orange After Dark, Homecoming, Winter Carnival, and Senior Celebration. With 15 categories to choose from, Syracuse offers extracurricular activities from categories varying from Art & Entertainment to Media/Publication to Governance to Greek and more. While I do not know exactly what club/organization I would join now, I would most likely choose something under the first two categories mentioned. Student Life at Syracuse While not required, an interview with a representative of the Office of Admissions is permitted. *** Jewish Life at Syracuse Life outside the University A student at SU will get to experience all the city has to offer, including the nationally known Everson Museum of Art, the Rosamond Gifford Zoo, sporting events, the Carousel Center mall, and festivals such as JazzFest and Winterfest. There are over 200 majors offered at Syracuse University. Some majors include political science, education, fine arts, Greek, music composition, physics, Television, radio, and film , religion, and plenty more! The athletic experience at Syracuse is very rich. Varsity teams for men include basketball, football, cross country, lacrosse, rowing, soccer, and track and field. Varsity teams for women include basketball, cross country, field hockey, ice hockey, lacrosse, rowing, soccer, softball, tennis, track and field, and volleyball. From awesome sports to amazing student life to high quality academics, Syracuse University has it all! Did you know that when it was established in 1898, ZBT was the world's first Jewish fraternity? Students who are singly enrolled in the Newhouse School of Public Communications must satisfy the general requirements of the professional program they are pursuing. Singly enrolled students must: Syracuse University is a private research university in Syracuse, New York. The campus is located in the University Hill neighborhood of Syracuse. Also known as 'Cuse or SU, Syracuse was founded on March 24, 1870. In order to graduate as an undergraduate, one must complete 120 credits. *** Personal Interest *** Syracuse is in the Division I sports school. It will be joining the ACC on July 1, 2013. Everson Museum of Art The Newhouse School of Public Communications at Syracuse is nationally acclaimed for its high standards. Newhouse teaches their students how to be a part of the creative, management and production processes of the television, radio, film , and online entertaining industries. 36 Newhouse credits are required. *** Personal Interest *** Syracuse University is situated atop a hill overlooking the City of Syracuse. To get to downtown Syracuse is just a short walk, drive, or bus ride from campus. With a metropolitan population of 700,000, Syracuse is a center for cultural, recreational, and artistic events. The Carrier Dome is the largest domed stadium of any college campus and the largest domed stadium in the Northeastern United States.Also, it is the largest on-campus basketball arena in the nation, with a listed capacity of 33,000. However, this limit has been easily exceeded several times. The Carrier Dome is home to the 'Cuse Orange football, basketball, and lacrosse teams. The Hillel Jewish Student Union seeks to create a diverse, dynamic, and welcoming Jewish community on the Syracuse campus. Each year, the HJSU Board elects a talented group of students to organize and create events and programs on campus to engage their fellow Jewish 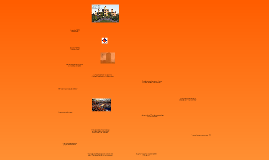 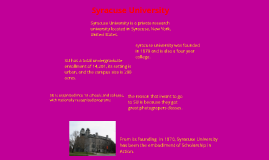 Transcript: SU has a total undergraduate enrollment of 14,201, its setting is urban, and the campus size is 200 acres. the reason that i want to go to SU is because they got great photograpers classes. Syracuse University is a private research university located in Syracuse, New York, United States. Syracuse University syracuse university was founded in 1870 and is also a four year college. From its founding in 1870, Syracuse University has been the embodiment of Scholarship in Action. SU is organized into 13 schools and colleges, with nationally recognized programs 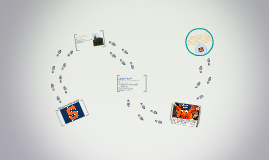 Transcript: Head of admissions: Vittoria Buccia Address: 100 Crouse-Hinds Hall 900 South Couse Avenue Syacuse, NY. Application Deadlines: Early Decision: November 15th and Regular Decision: January 1st To apply to Syracuse University you would need to complete the common application with the Supplement form and essays. Syracuse University Tuition: $38,970 Room/Board: $14,054 Other fees (books, supplies, personal expenses): $4,426 Financial Aid: If I had the opportunity to go to Syracuse University I wouldn't think twice about committing. What I like about this college is how school oriented and the amount of school spirit they have and also the great academic programs they have which in my opinion is the important things to look for in a college. Located in Syracuse, New York Admissions Information: Need-based for families who qualify Merit-based scholarships for academic and personal achievements Supplemental Educational Opportunity Program Federal Direct Student Loans and Plus Loans Cost of Attending Syracuse University has a beautiful campus. They are very school oriented with tons of school spirit. They are known for their football and basketball team where almost everyone on campus comes out to support the orange men. Campus Life