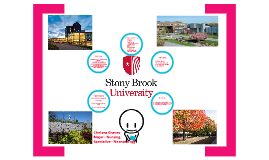 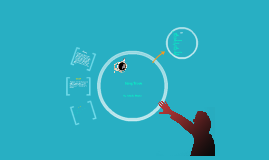 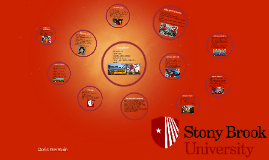 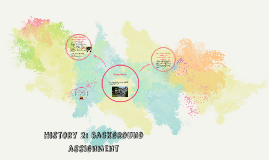 Transcript: History 2: background assignment stony brook was founded in the 18th century some history includes the Gris mill that was founded/created in 1699 Stony Brook is located in Suffolk county New York. Stony Brook The Stony Brook Grist Mill is open to the public for guided tours with a miller on weekends, mid-April through mid-October, 12 – 4:30 p.m. Admission is $2 for adults and $1 for children. So people can learn about our past. The Stony Brook Grist Mill is a Registered Historic Place property in Stony Brook, Suffolk County, New York. Its construction in 1699 created the Mill Pond astride the Brookhaven-Smithtown boundary. The mill structure itself dates back to at least circa 1751. Today the Ward Melville Heritage Organization owns and operates the mill as a working mill museum. What Historical events happened in Stony Brook? What is the history of your Town and when was it founded Does your town have anything to commemorate these events? 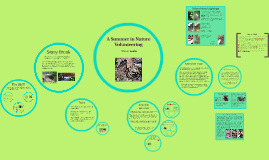 Transcript: The stumps were meant for kids to jump around on and the old ones were rotting so they had to go. Jess Doug is the sanctuary's director. A Summer in Nature Volunteering There were some other jobs I did since I was available pretty much 24/7. We knew that we would never get all of it. It's expected that it will come back again next year and we will just have to take care of it all over again. Until October Doug Related to wild grapes, porcelain berry gets berries in the fall, which go anywhere from blue to white to pink. It has broad, grape-shaped leaves. Like bittersweet, (and most of the invasives we removed), the most we could do was cut back what was there to help the native vegetation. [Photograph found in Mass Audubon Stony Brook, Norfolk, MA]. (n.d.). Retrieved from https://www.facebook.com/MassAudubonStonyBrook/photos/a.166512200047532.34166.159090164123069/1523239307708141/?type=3&theater (Originally photographed May 9) I met this little guy when I was watering the garden Policy makers define it differently, such as how Bill Clinton’s 1999 executive order 13112 defined an invasive species as an “alien” species that does or is likely to harm the environment, economy or human health. Stony Brook is one of the Massachusetts Audubon Society's wildlife sanctuaries We didn't know what this little guy was. At first I had misidentified it as a centipede or other myriapod because I saw the segments and thought I saw a lot of legs. Then the next time we went out, I brought a bug jar and caught it. Anna and I brought it to Doug and he couldn't identify it completely either, though he knew it was some sort of beetle larvae. I remained a mystery. (And she also makes some pretty damn good cookies) Porcelain Berry Finneran, R. (n.d.). [Photograph found in Michigan State University]. Retrieved from http://msue.anr.msu.edu/news/oriental_bittersweet_an_aggressive_invasive_plant (Originally photographed 2015, November 13) One example is when we found a cicada killer (which we had misidentified as a mud wasp). Doug told us about it, about how its pretty non aggressive towards humans, since it really only cares about getting cicadas. It doesn't even eat the cicada, because there isn't much of a cicada to eat. Instead they inject it with neurotoxin and paralyze it, drag it down into its hole, lay eggs in it and the hatched larvae will eat it. Nature is beautiful About Stony Brook. (n.d.). Retrieved December 01, 2017, from https://www.massaudubon.org/get-outdoors/wildlife-sanctuaries/stony-brook/about Cochran, M. Ethel. "The Biology of the Red-Backed Salamander (Plethodon Cinereus Erythronotus Green)." Biological Bulletin 20, no. 6 (1911): 332-49. doi:10.2307/1535897. Invasive Fact Sheet: Oriental Bittersweet. Report. Invasive Plant Species Assessment Working Group, Indiana Department of Natural Resources. INVASIVE PLANTS OF OHIO. (n.d.). Retrieved from http://www.oipc.info/uploads/5/8/6/5/58652481/8factsheetmultiflorarose.pdf McNab, W. Henry; Loftis, David L. 2002. Probability of occurrence and habitat features for oriental bittersweet in an oak forest in the southern Appalachian mountains, USA. Forest Ecology and Management 155 (2002) 45-54 Patterson, D.T., 1974. The ecology of oriental bittersweet, Cehstrus orhiculurm. a weedy introduced ornamental vine. Ph.D. Dissertation. Duke University, Durham, NC, 2X6 pp. Porcelain-berry Fact Sheet . (n.d.). Retrieved from https://www.fws.gov/delawarebay/Pdfs/Porcelain-berry_Fact_Sheet%20.pdf Simberloff, Daniel. Invasive Species : What Everyone Needs to Know?. Oxford: Oxford University Press, 2013. eBook Collection (EBSCOhost), EBSCOhost (accessed October 21, 2017). They can be very quick to dash under leaf litter, we had to be fast if we wanted to get a good picture. Usually they can be found curled up in a little circle and are generally adorable. The Staff (Matt is on the left) One thing that set multiflora rose apart from bittersweet and porcelain berry is that it was physically hard to deal with. It was covered in thorns. It's very difficult to deal with if you're not wearing gloves. I would get thorns lodged in my pants from just walking in and around the stuff. Red-backed salamanders Removal Incidentally my mom's regular rose bush somehow got transformed into a multiflora rose through some cross-pollination plant witchery She's bright and friendly. She makes it easy to open up (and this is coming from someone who is a constant ball of anxiety) Works Cited Allison Tardif Matt Salamanders are an indicator species, meaning that they're more sensitive to changes in the environment. So if an indicator species starts to decline, it means there's something going on in its environment. Its similar to how miners would bring canaries into mine shafts to indicate any toxic gases forming. If the canary dies, its time to get out. Miller, J. H. (n.d.). Multiflora rose, flowers in April [Photograph found in USDA]. Retrieved from 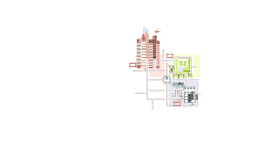 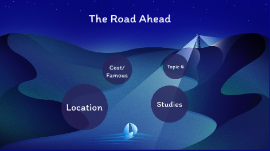 Transcript: The Road Ahead Location What to do? At Stony Brook University, there are many things to do outside of the campus like the Avalon park and preserve, Long Island Museum of Art and History, Chocolate works and an escape room. Stony Brook is aprroximately 1,039 acres big and is a public school. How big is Stony Brook? Size Religious Religion Stony Brook University is made of up of 72.6% of students who are religious in which the majority are Catholics. Pictures Pictures Dorm Life The Life To live on campus in Stony brook, it costs $8,000 for the room and $5,000 for the meal plan. And and extra $5,000 for other expenses Activities Activities Sports include baseball, football, tennis, volleyball, basketball, lacrosse, etc. In stony brook, you can study abroad and go to 6 continents, all but Antarctica. Majors Study The three most enrolled majors are biology, psychology and health science. Unique Unique Something very special about Stony Brook is that they have their own hospital on campus for their medical students to use. Studies SAT/ACT Scores Avg SAT scores: 1250-1400 Avg ACT scores: 26-31 Average GPA of students attending Stony Brook is 91-97 or 3.6 - 4.0. AVG GPA GPA The retention rate is 72.0%, so every 72 out of 100 would come back after freshman year. Retention Rate Retention Rate Cost/Famous Financial Aid Stony Brook does gives an average of $13,100 in financial aid. Cost of In-State resident: $6,870 Out of State: $25,540 In addition there is the cost of dorms and other living expences. Tuition Cost Joe Nathan-retired MLB pitcher for the Washington Nationals Joy Behar-an american comedian, artist and actress. And is currently on the show The View. Christine Goerke-an american dramatic soprano. (singer). Famous Alumni Famous Alumni Links Links https://www.stonybrook.edu 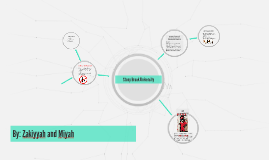 Transcript: co-ed dorms married apartments single apartments disabled housing Stony brook Requirements There is no drugs allowed on campus like any other campus no alcohol is permitted on campus no inappropriate clothing is not acceptable GPA: 4.0 Class Rank: Stony brook does approve class ranking Test scores: Has to be B+ and above no lower grade than a B+ Extracurricular activities : From sports to academic activities Stony Brook University campus life By: Zakiyyah and Miyah safety and regulation demographics Stony Brook University is a diverse college with different cultures Stony Brook is also a christian boarding university Located: Stony brook, NY 11794 Mascot: wolfie the seawolf Tuition: 4,000 for undergraduates graduates start at 11,000 Enrollment: 41.3% (24,648) 2014 go seawolfs!!!!