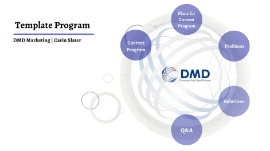 Transcript: DMD Marketing | Carin Slater Template Program Current Program Current Templates Current Template program covers hospitals and recruitment clients, as these markets have less rigid requirements, smaller marketing budgets, and less experience in email. Newsletters Newsletter Templates CME CME Templates Recruiters Recruiter Templates Plans for Current Program Going Forward 6 templates for each group New templates based on customer input Already started, different templates are in different stages of completion Introduce practice of having a kick off call with client When, What, and Who Problems with Current Program Problems Clients want more flexibility with template layout Managing client expectations Clients want options for one off templates What can we do? Solutions Introduce semi-custom templates Pros of semi-custom templates Individual blocks that companies can use to build their own template layout Clients can create unique template layouts Based on current modular templates No new build time for us Cost built in No more adding costs based on creative team's time when customizing template Clients will be able to create one off templates or templates that can be used outside of what the main purpose would be for the template. Why it's gonna be good Cons of semi-custom templates Will require new documentation to be created Will require new implementation practices to be learned Set up will take longer and will require more initial input from client Clients will still not be able to change the layout between sends Will cost more Sticky points Q&A Q A & What next steps are required? Sales Account Management Email Team Questions for me? 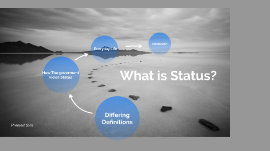 Transcript: What is Status? Presentors: Samantha Pudsey, Nicole Townsend, Matt Barlow, Kathleen Harris, Dylan Yates Owen "Indian" status is the legal term designated to Indigenous Peoples that fit strict criteria outlined by the Canadian Government. Legal Definition Differing Definitions It has nothing to do with an individuals traditions, heritage, culture, way of life, or ancestry. (past 2 generations) http://indigenousfoundations.arts.ubc.ca/indian_status/ Indigenous People are allowed to do as they please on their reserves. Indigenous People receive free housing within their community. Indigenous People do not have to pay for taxes. Residention schools are "ancient history" Missing/Murdered Indigenous women brought it upon themselves. Myths Myths about status 1 https://www.creativecity.ca/database/files/library/Dispelling_Common_Myths_About_Indigenous_Peoples_.pdf How Status is passed 2 Generation of status 6 (1), 6(2) and no status are the types of status a person can have. These designations and views are based on a government idea of blood quantum that determines a person's status essentially through the percentage of "aboriginal DNA that they have" Two generations of marriage to someone without status and from that point on no one in your family line will have status according to the government regardless of the environment or culture where they are raised The concept of status is not universally agreed upon to be positive among Indigenous people Some viewpoints see status as a way of controlling indigenous populations while others view status with pride as part of their identity There are too many viewpoints on status to begin to address Concerns address a variety of topics such as: the entire concept, how status is implemented/determined, whether it legitimizes colonial powers Views on Status 2 sides, good + the bad 3 There is not one form of status in Canada First Nations, Aboriginal and Metis Status are distinct with their own documentation, cards and requirements to gain status These different statuses in Canada are granted differing benefits Types of Status Types of Status How The goverment views Status The Canadian government defines status from a legal position in relation to what people are entitled to receive from the government. Bill C-31 changed who has status as well as how status is passed Indian Act 1 The 1867 Indian Act collected various bills and acts of parliament and established the new relationship between the government and native people after the 1763 Royal Proclamation marking Indigenous people as a distinct society with autonomous governence. Effects of the Indian Act Early 1850's was the first time the government attempted a formal definition of the word Indian Decision making on definition controlled by government, not indigenous communities Late 1850's Enfranchisement process begins where indigenous people could choose to lose their status and become "civilized" Multiple requirements and was considered a positive by the government and a goal to strive towards “Our Indian legislation generally rests on the principle, that the aborigines are to be kept in a condition of tutelage and treated as wards or children of the State. …the true interests of the aborigines and of the State alike require that every effort should be made to aid the Red man in lifting himself out of his condition of tutelage and dependence, and that is clearly our wisdom and our duty, through education and every other means, to prepare him for a higher civilization by encouraging him to assume the privileges and responsibilities of full citizenship.” (Report of the Royal Commission on Aboriginal Peoples, 1996) From an annual report in 1876 after the passing of the Indian Act People who lost status under the Indian Act: Women who married men without status Their Children People with university degrees Doctors Lawyers Clergy People under the "Double-mother rule" Indian Act Prior to Bill C-31 Indian Act Prior to Bill C-31 1951 Registry created based on male lineage 1961 Compulsary Enfranchisement rules removed from Indian Act 1969 Introduction of the "White Paper" Bill C-31 2 Bill C-31 Bill C-31 attempted to introduce legislation that would deal with sexism inherent in the way status was passed to future generations. The Indian Act was laid out in a way that was more controlling towards women and made it more difficult for women in particular to maintain status. If a man with status married a woman without status then that women would automatically have status and so would any children resulting from that marriage. If a woman with status married a man without status then the woman would automatically lose status and so would any of her children. Impact of Bill C-31 3 Bill C-31 returned status to women who lost their status due to marriage and removed the "double mother rule" It also allowed the aboriginal community to have influence over band membership, but no legal power to define status How Bill C-31 Changed Status Bill 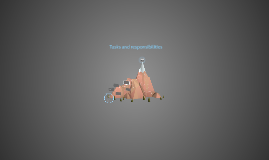