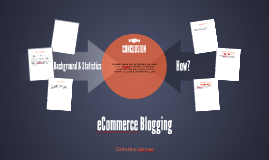 Transcript: Testimonial THANK YOU! Success Story of Blogs Example of a good eCommerce blog Include at least 10 tips of how to blog successfully and what to avoid. How? eCommerce Blogging Something along the lines that blogs are crucial to an eCommerce websites success and without them they are not going to move forward in a society that is internet-focused. Catherine Gorman Include examples of some successful eCommerce blogs that use some of the tips that were given. Blogging Tips What do eCommerce blogs have to do differently to be successful and standout? CONCLUSION Whats different for eCommerce blogs? Background & Statistics Include a testimonial type example from a company that explains how blogging has helped their company and has led them to success. Facts & Statistics Statistics regarding blogs in general and their popularity. Statistics regarding what advantages blogs have as opposed to other social media sites. Statistics regarding how blogs benefit or do not benefit online eCommerice websites (my research so far indicates that it is highly beneficial). 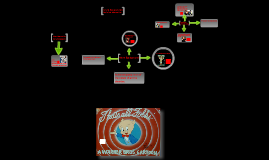 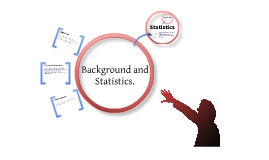 Transcript: - Most trisomies (about 95%) are full trisomies. - A full trisomy is when the extra chromosome occurs in every cell in the baby's body. Other names: Background and Statistics. - If the mother is diagnosed while she is pregnant, she needs to make the decision on whether to have an abortion or not. - Another harsh decision that the parents would have to make would be whether or not to let the baby die or try to save it when it is born. - Another name that Trisomy 18 is reffered to as is Edward Syndrome. What it is: Statistics For example: Who does this disease affect? - Trisomy 18 has an affect on many people. Obviously, it affects the child who has it, but it also affects the childs family greatly. - The parents of the child have to make many difficult decisions. - Trisomy 18 occurs in about 1 in every 3,000 newborns. - Only about 10% of babies that are diagnosed with Edwards Syndrome live over a year. - Trisomy 18 is a genetic syndrome with many anomalies and severe to profound mental retardation. - It is caused by the presence of an extra chromosome 18 in some or all of the cells of the body. And one more thing... 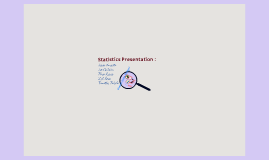 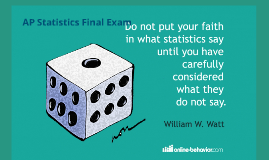 Transcript: By: Whitney Clavijo And Barbara Lacayo Table Of Contents *Hypothesis *Procedure *Research *Data &Conclusion We gathered all our research from the internet Our sample results: A:11 Students (1-0,2-1,3-2,5-3,0-4,0-5,0-6^) B:19 Students (1-0,5-1,6-2,7-3,0-4,2-5,0-6^) C:15 Students (2-0,6-1,3-2,2-3,2-4,0-5,0-6^) D:4 Students (1-0,0-1,2-2,0-3,1-4,1-5,0-6^) F:1 Students (1-0,0-1,0-2,0-3,0-4,0-5,0-6^) Research *Create Student Surveys *Survey Students and take down Info *Number the surveys and and randomly select 50 students Procedure Ho: Students with more siblings will have higher Grade Point Averages due to sibling assistance Conclusion According to the Data collected and the sampled, the more siblings one has the worse off the student is likely to do in school. Possible Bias could be solely having younger siblings that are to young to influence school work or siblings who have moved out, therefore not around to contribute to such influence. Hypothesis Data Overall the information gathered explained that siblings actually do have a positive impact on One's Grade point average AP Statistics Final Exam 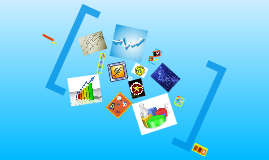 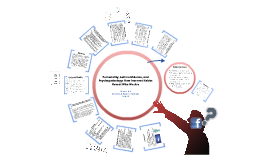 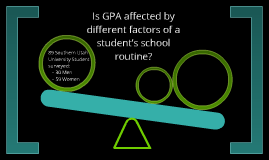