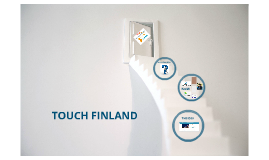 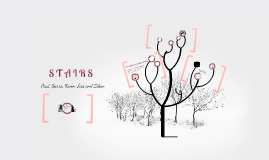 Transcript: When someone calls for the elevator, they automatically trigger some sort of noise that will play quietly at first, then become louder and louder as time passes. Paul, Sierra, Kevin, Jess and Lilian Numbers Promoting the idea of play in stairwells Encouraging people to take the stairs instead of using the elevator by making them aware of time passing. how to encourage people not to use the elevator Words of the Week One major stairwell in each building would have a game that people can play as they go up the stairs Tick Tock Or Lava Stairs How A timer that is placed at the door adds up all the time people spend waiting for the elevator each week S T A I R S Words -Clock Ticking, -Buzzing, -Low Humming, -Ringing Different noises that can be used: 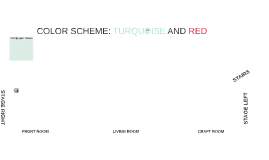 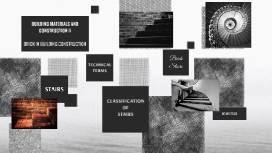 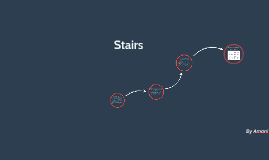 Transcript: - Elevator was done in 1853 at the Cooper building in New York - Escalator was invented in 1859, in the United States. - Stairs was found in China the first granite staircase leading to the sacred mountain in Tai Shan. What are the different types of stairs? - An escalator, which is a moving staircase used all around the world, invented in 1859. - An elevator, a moving platform or cage for carrying people, which was invented in 1853. Whats the biggest company in Australia? By Amani What do we use other than stairs? Today Stair Lock is Australia’s largest staircase company with sales and installation branches in Adelaide, Melbourne, Sydney and Brisbane. Stairs Lock has supplied more than 200,000 staircases to the national building market since 1982. Stairs When and Where? 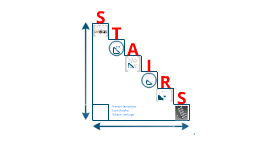 Transcript: Renso Hernandez Juan Arocho Edison Santiago 4 S Length 25 in 5 in Angles on a stair should always be 90 Degrees. 9 5 The Math Behind Stairs Width/Height 25 in 10 2 5 in 1 Next we can find the angle measurement of the stairs, we want to make sure its angled evenly so you wont slip off or misstep and have a difficult climb or a fall. 5 in Run Fact: The outside angles are Alternate Exterior and will also equal to 90 degrees. 5x5=25 inches for length and height 25 in 25 in 11 5 in 8 I 5 x 5=25 (Our width is also our height in this sketch) 7 90 T 5 We can figure out the angle measurement by multiplying the length and width of a single step. We can do this to find both length and width because it is half of a square. 3 15 5 The slope is 1 25 x 15= 375in 2 Rise 13 14 We use stairs at least once everyday in our lives, there in the path that we take to go up our down from somewhere. But do you know the math that goes into making stairs? R Finally we can find the area by of the stair's by counting how many squares are inside the staircase, then multiplying it by the area of one square. 5 in 5 in 6 12 The area of the staircase is 375in 1 My Auto-Desk Inventor Model Staircase A S First we can find the slope of the stairs using the given information and the knowledge of rise over run. 2 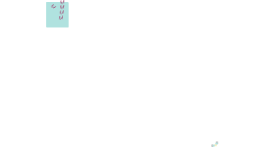