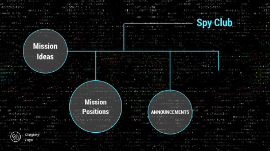 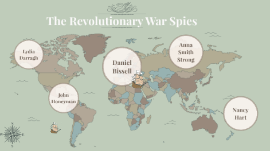 Transcript: The Revolutionary War Spies About Lydia Darragh Lydia Darragh She was an American who crossed over to British territories while Britain occupied Philadelphia, Pennsylvania. She delivered information to George Washington and the Continental Army about when Britain was planning to attack. Her courageous acts helped Washington to prepare his army so they could be ready for battle. How She Helped John was also a spy for George Washington. His primary responsibility was to gather crucial information from the British and spread disinformation to Britain. His actions helped George Washington become victorious in the battle of Trenton. About John Honeyman John Honeyman He worked for George Washington as well and was ordered to collect information from Britain. About Daniel Bissell Daniel Bissell He decided to join the British army to get the vital information that Washington needed. He was in the British army for 13 months before returning home. During his time in Britain he found lots of information and then memorized it all. He also drew very detailed maps of the enemy’s positions to give to Washington. How He Helped She was an American Patriot and part of the Culper Spy Ring. About Anna Smith Strong Anna Smith Strong Her main contribution was giving signals to a messenger who ran smuggling and military related missions for George Washington. Her signals helped to warn the army of the British army’s upcoming attacks. How She Helped Nancy was a very brave and rebellious woman. She served as a spy for America. She despised Britain and wanted to rid her state, Georgia, of them. About Nancy Hart Nancy Hart So, while her husband was away because of the Revolution, she spied on the British. She dressed as a man and pretended to be feeble-minded to get information. She also captured 6 British spies and turned them in to the Patriots. She was named a hero and one of the most famous females to help in the Revolutionary War. How She Helped 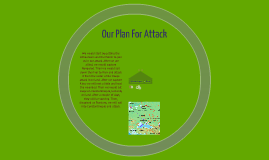 Transcript: We would start by getting the Lithuanians and the Polish to join us in our attack. After we are allied, we would capture Novgorod. Then we would sail down the river to Kiev and attack it from the water while troops attack it on land. After we capture Kiev, we will rest a little and heal the wounded. Then we would set siege on Constantinople, but only on land. After a couple of days, they will be starving. Then, disguised as Russians, we will sail into Constantinople and attack. Russia (Constantinople) Social Structure of Citizens Straddles the Bosporous Strait 3 walls that increase in height wherever there is land Led by princes who governed with the advice of boyars or nobles and autocracy Defenses We would attack during this time because the controversy over icons is going on, and there will be a lot of confusion and chaos inside the city. The steppe was flat with no defense Ural Mountains protected Russia from the North and South Enemies The rule of Ivan the Terrible or around the 1550's In AD 988 Vladimir the First converted Kiev into a christian nation and destroyed all pagan statues. Many people still continued to worship the old nature deities and ancestors Social Structure of Citizens Time to Attack Constantinople gains most of its riches from trade because it is the center of trade Riches Religious Conflicts Byzantine Empire Type of Government Autocracy Our Plan For Attack Time to Attack Government Religious Conflicts Mostly from trade with other cities and vikings During Leo III's rule (717-741) Not many; the people liked the rulers Few enemies in Rome Byzantine Empire (Novgorod and Kiev) What we would benefit from capturing Novgorod, Kiev, and Constantinople or We would attack during this time because there were conflicts between the government and the people Riches Russia Royals are at the top, Merchants make up the middle, and the Peasants are the last and largest group Top class- aristotic class, landowners with a lot of land, military officers, functionaries of the state. Middle class- landowners with a medium size of land, merchants, industrialists. Lowest class- poor people and low wage earners. Enemies Lithuania and Poland were enemies that took some land of Kiev from the Russians Defenses Weaknesses Icons vs. no icons Catholicism vs. Orthodoxy Defenses and Weaknesses Our trade would greatly expand, and we could become much more powerful and rich than we are