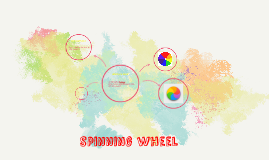 Transcript: spinning wheel spin the wheel really fast spinning wheel[colours: white,red,orange,yellow,green,blue,dark blue,violet.] what you need the wheel will look like it is white when you spin it. what should happen what to do 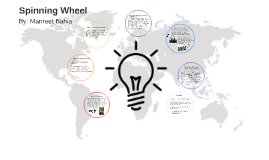 Transcript: The spinning wheels came from the earliest illustration from Baghdad, China and Europe but there was evidence that spinning wheel had already come into use in both China and the Islamic World during the eleventh century. The spinning wheel replaced the earlier method of hand wheel with a spindle. Were the dark ages "dark" everywhere? Wheel https://www.encyclopedia.com/science-and-technology/technology/technology-terms-and-concepts/spinning-wheel Why are spinning wheels historically significant? Spinning Jenny: is a multi-spindle spinning frame, and was one of the key developments in the early Industrial Revolution. It was invented in 1764 by James Hargreaves. This invention is historically significant because many people all around the globe were affected. Peoples lives were affected in a positive way because it helped them make thread and yarn more efficiently and quickly.This invention lasted very long time because it is still in use today to make thread, yarn and clothes. This idea is relevant to our understanding of the past because it teaches us how people in the dark ages used to make clothing. The spinning wheels were invented in 500 A.D and 1000 A.D. It is unknown who had invented the first spinning wheel. Where were spinning wheels invented? Charkha: is one of the oldest type of spinning wheel. Mahatma Gandhi was the one who invented this type of spinning wheel. He also included the charkha in the earlier version of the Flag of India. A spinning wheel is an ancient invention that helped people all over the world to make thread and yarn from plants and animals fibers, which were then woven into loom of cloth. Spinning machinery, such as spinning jenny displaced the spinning wheel during the Industrial Revolution. Thanks for watching my presentation Charkha: means circle Credits Spinning Jenny What is a Spinning Wheel? https://www.thoughtco.com/spinning-wheel-evolution-1992414 Who invented the spinning wheels? https://en.wikipedia.org/wiki/Spinning_wheel Great Wheel By: Manreet Bahia Types of Spinning Wheels: When were spinning wheels invented? The dark ages was a time from 500 C.E to 1500 C.E, also known as the Middle Ages because historians didn't know much about this time. This period of time between the fall of Roman Empire and the beginning of the Italian Renaissance and the Age of Discovery has been lost in history and many important records have not survived. While Europe was facing many challenges other places such as China were making new inventions that made a huge change the way we live and has affected a lot of people. So to conclude: No, the dark ages were not dark everywhere. Charkha Spinning Wheel 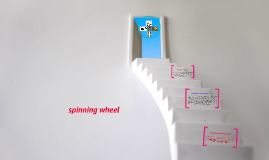 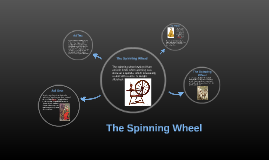 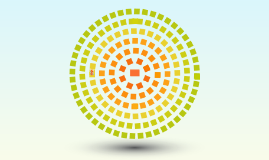 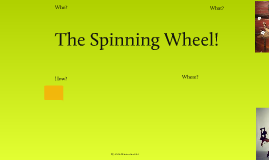 Transcript: The Spinning Wheel! The Spinning Wheel was used to make cloths in the medievel ages. Who? Who invented the spinning wheel? No one in history has been given credit for this invention. Who in the house was in charge on makeing the cloths? The women of the house were in charge of all household chores. What? What is a Spinning Wheel? A Spinning Wheel in a tool used to make cloths. The Spinning Wheel had a needle on top to sew with. The best way to think of a spinning wheel is to think of the story Sleeping Beauty. What were the people who spun cloths for royalty called? They were most commonly refed to as Swindalers. What kind of material did they use? They would use mostly wool and sometimes cotten. Where? Where did the Spinning Wheel origanate? The first Spinning Wheel was made in India. How? How did it work? The swinndaler (the person using it) would have a bunch of material to the side of them and use foot pedals to turn the wheel. As the wheel was turning they would feed the material threw a bradier. By: Catie Hammermeister 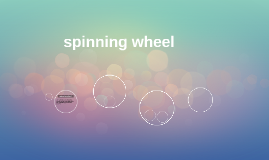 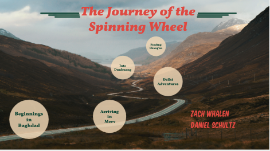 Transcript: Zach Whalen Daniel Schultz The Journey of the Spinning Wheel Beginnings in Baghdad Beginnings in Baghdad I am a spinning wheel. My kind was invented in China, but I was built here in Baghdad. I was carved from wood and have been turning fibers into thread for as long as I can remember. Little did I know that I was just about to begin one of the longest and most perilous journeys of my life. My merchant was a Christian man. We were first acquainted when he picked me up in a trading center in downtown Baghdad. I believe I am worth quite a lot because I allow plant fibers to be turned into thread. Also, everyone has handled me with care since I have been created. Even though Baghdad was an Islamic city, my merchant was from Rome and had traveled here due to other trade expeditions. He remained Christian despite the overwhelming Islamic culture here. He had a lot to learn about Islamic beliefs, architecture and rituals. My Merchant My Merchant Pictures Pictures My merchant He was a Christian. I saw my merchant speaking with some other merchants. They were Islamic and talked about their prayer at the mosque and about the Koran, the Islamic holy text. Also, since it was Friday, these merchants were all dressed in clean, white clothes. My merchant was also amazed by some scholars studying astronomy using an astrolabe. It turned out, Baghdad was very advanced in astronomy and mathematics. As we were walking, we layed our eyes on the Golden Gate Palace, where the royalty lived. It was magnificent! We also walked past many libraries, which Baghdad was apparently famous for. We have learned so much about the culture and technology of Baghdad and can't wait to learn more on our journey! Cultural Encounters Cultural Encounters Astrolabe Images Images White Muslim Clothing Koran We first had to buy a camel due to the fact that we would have to cross a dry and arid climate. Camels could hold water for up to 10 days. The Tigris and Euphrates Rivers were to the west and our journey was to the east of these rivers. There wouldn't be many water sources on the journey to come, so we had to stock up before we left. As we left Baghdad, we saw some large mountains looming over us. These were the Zagros Mountains. There was no way around them, so we had to find a valley to cross through. Luckily, there was a small stream at the bottom of this valley so we could restock our water before we hit the harsh, arid climate east of here. The Journey Begins The Journey Begins Images Images Euphrates River Camel Zagros Mountains 1. Leave Baghdad, cross through Zagros Mountains eastward. 2. Go to Merv, go south to avoid Taklamakan Desert. 3. Go to Delhi, cross through Himalayas on the way back north. 4. Arrive in Dunhuang, turn southeast to avoid Gobi Desert. 5. Final destination: Chang'an or Xi'an Directions Directions Map Map Arriving in Merv Arriving in Merv Once we arrived in Merv, we were astonished with how big the city was. As we walked past the large, elaborate city, we found out that it was the capital of Khorasan under the power of the Arabs. It was located on the eastern side of Persia. We were ready to learn about all of the fascinating cultures and beliefs here! While heading to Merv, my merchant group stopped to drink and collect some water from the Murghab River. We filled up in preparation for the Karakum Desert that we saw ahead . We needed all the water we could get! We also heard about the brutal Taklamakan Desert to the east. We decided to head south after visiting Merv, hoping to end up in the city of Delhi. Geography Encounters Geography Encounters Murghab River Pictures Pictures Karakum Desert Water Canteen When arriving in Merv, my merchant and I could obviously see that the main religion was Islam. There were many mosques and many merchants who stopped to talk to us and taught us more about their faith and the Koran. They even taught us the 5 Pillars, one of their most sacred beliefs. We saw a lot of Persian texts, and also different cuneiform inscriptions. While touring the city, we saw how it was a center of science and literature. Also, we noticed very important structures in the society like the Palace of Shahriyar Ark. Cultural Encounters Cultural Encounters Palace of Shahriyar Ark Pictures Pictures Other Architecture from Merv Cuneiform Inscriptions Delhi Adventures Delhi Adventures My merchant and I turned south from Merv to escape the arid Taklaman Desert. On our way south, we saw the Himilayan Mountains to our east and continued around them. Several days later, we arrived in Delhi. My merchant relied on the Bible to give him strength through this long journey. He had remained a faithful Christian, even through the tough times. The merchant and I avoided the Taklamakan Desert. I was confused as to why we continued southward past the Himalayas. We would have to cross through them on the way eastward. Either my merchant didn't notice, or he was not a very intelligent man! He finally realized it when we got into