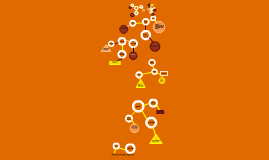 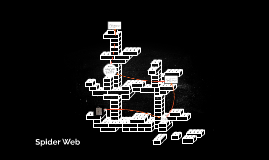 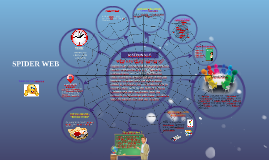 Transcript: OUR PROJECT IS GUIDED FOR THE NECESSITY OF THE EMPLOYEES TO SERVE EVERY TOURIST AND IT IS NECESSARY THE COMMUNICATION IN ENGLISH WITH TOURIST THAT SPEAK THAT LANGUAGE, AND SPEAK ENGLISH COULD HELP THEM TO IMPROVE THEIR SALES. ON FINAL BARRIO EL CALVARIO, HIGHWAY LEADING FROM COMALAPA AIRPORT, EL SALVADOR RATIONALE Teachers know their students' needs better than others involved in the curriculum process. As teachers provide input, they will gain ownership in the final product and feel more confident that the curriculum was created with their concerns and the needs of their particular students in mind. Reflecting on a curriculum allows teachers involved in the process to find any weaknesses in the curriculum and attempt to make it better. LOCATION LEARNING ACTIVITIES PUT IN PRACTICE WHAT THEY HAVE BEEN LEARNING, CREATING ROLE PLAYS ASSESSMENT AUDIOVISUALS READING DISCUSSION DEMOSTRATION SIMULATIONS THANKS FOR YOUR ATTENTION OLOCUILTA IS A MUNICIPALITY IN LA PAZ DEPARTMENT, PARACENTRAL ZONE IN EL SALVADOR, IT IS CONSIDER ONE OF THE MAIN GASTRONOMIC ATTRACTIONS. TEACHER'S ROLE OLOCUILTA why are they learning? 1 HOUR A DAY 4 DAYS A WEEK 10 MONTHS AIMS AND OBJECTIVES BOOK, MULTIMEDIA WORKBOOK, CD PLAYER VISUAL AIDS, MARKERS FLASHCARDS SPIDER WEB CONTENT MATERIALS AND RESOURSES GREETINGS PERSONAL PRONOUNS VERB TO BE COUNTRIES AND NATIONALITIES DEMONSTRATIVES PREPOSITIONS OF PLACE SIMPLE PRESENT WH- QUESTIONS TIME EXPRESSIONS JOBS ETC TIME PUPUSODROMO "BUENA VISTA" GROUPING English is an international language perfect to tourism communication. it is a necessity. pupusodromo "buena vista" is visited for many tourists in different periods of the year because is located near the international airport in Comalapa. it is a big opportunity to increase their sales. so the owners of those business and their employees have the necessity to comunicate with those customers specially tourists that visit our country. GENERAL OBJECTIVE TO TEACH ENGLISH FOR COMUNICATIVE PURPOSES WITH ENFASIS ON SALES 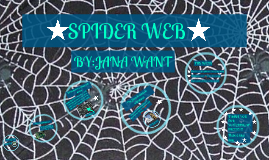 Transcript: The purpose of a spider web is to catch food to eat and stay alive. Some food they catch and eat are flys, small birds and alot of other insects. Materials used in a spider web Tree with a spiders and a web in it The stick part of a spider web is very, very strong The force it needs to withstand Wet spider silk What makes a spider web strong A spiders web is 5 times as strong as steel. Purpose of a spider web Spider silk FUN FACTS Spider silk is 5 time as strong as steel and where it is sticky on some spider webs that part is more strong. It can also hold alot of water from a storm. THANK YOU FOR WATCHING MY PREZI!!!!!!!! SPIDER WEB✨​​ It needs to withstand the force of gravity, wind and air Preashure and Erosin. Spiders make there webs from silk created in there body. The silk comes out from there lower hip. BY:JANA WANT Making a web uses alot of a spiders energy. Have a nice day 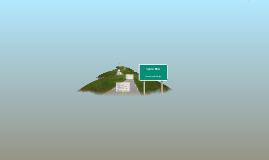 Transcript: You will be grouped into teams of 7/8 You and your team will link arms and try to get across the "spider web" without touching the strings and unlinking with your group. If a person from your group unlinks from the chain, you will have to start over If a person from your group touches the "spider web" you will have to start over Teams Samuel and Kaitlyn Rounds Team 3: Haley F Mark Sheyda Connor Giselle Bella Ashley Emily Team 1: Samantha Mia Yoni Ryan Lauren Katelyn Kylee GOAL! Team 2: Haley T Zoha Micah Ankita Amanda Kelly C Brad What leadership skills did you use during this activity? What was the hardest part of this activity? Was it easier with a big or small group? How could you use these skills outside of class? Did you and your team work well together? What problems did you face throughout this activity? Questions Spider Web Explanation/Rules of "Spider Web" Round 1: Everybody can talk Round 2: 4 people have eyes open, the rest of the team closes their eyes Round 3: Combine two groups, one person talks Round 4(if time): Whole class; two people can talk Team 4: Kelly D Katie Alex Dua Zack Sara Emma 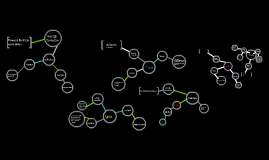 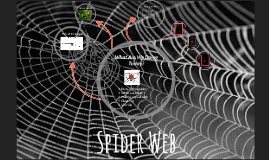 Transcript: Spider Web Parts of the Spider What Are We Doing Today? 1. 2. Parts of the spider 3. What is a spiral? 4. Making a spiral web 5. Clean Up 6. Line Up 1. Draw a dot in the center 2. Use a ruler to draw lines from one side to the other, through the dot 3. Draw a spiral starting at the dot 4. Dip thumb in red paint to make the spider's head and body 5. Use white pencil to draw 8 legs What is a spiral? Making Our Web 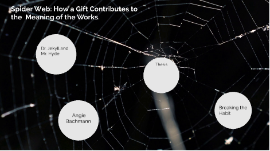 Transcript: Spider Web: How a Gift Contributes to the Meaning of the Works. In the three texts Dr. Jekyll and Mr. Hyde, The Neurology of Free Will: Angie Bachmann, and Breaking the Habit, the idea of a “gift” is given to the protagonists. While it was left with good intention it causes these characters to show the side of their human nature that is inherently bad. The protagonists have to battle between breaking the habit of showing the benevolent side of their human nature to society or letting their guilty pleasures consume them. Thesis “I don’t know what’s worth for fighting for Or why I have to scream I don’t know why I instigate And say what I don’t mean I don’t know how I got this way I know it’s not alright” Breaking the Habit Breaking the Habit “Memories consume, like opening the wound I’m picking me apart again” “Clutching my cure, I tightly lock the door I try to catch my breath again I hurt much more than anytime, before I had no options left again.” “I don’t want to be the one The battles always choose… I’m the one confused” "It felt like I couldn't say no, like whenever they dangled the smallest temptation of me, my brain would shut off." Angie Bachmann Angie Bachmann "But whenever she hit the casino those tensions would float away." “It was a new sensation, so unexpected that she hardly knew it was a problem until it had taken hold of her life.” “She hardly knew it was a problem until it had taken hold of her life” “But time began at last to obliterate the freshness of my alarm; the praises of conscience began to grow into a thing of course; I began to be tortured with throes and longings, as of Hyde struggling after freedom; and at last, in an hour of moral weakness, I once again compounded and swallowed the transforming draught.” Dr. Jekyll and Mr. Hyde “At that time my virtue slumbered; my evil, kept awake by ambition” “Not that I dreamed of resuscitating Hyde; the bare idea of that would startle me to frenzy: no, it was in my own person that I was once more tempted to trifle with my conscience; and it was as an ordinary secret sinner that I at last fell before the assaults of temptation.” “Under the strain of this continually impending doom and by the sleeplessness to which I now condemned myself, ay, even beyond what i had thought possible to man, I became, in my own person, a creature eaten up and emptied by fever, languidly weak both in body and mind, and solely occupied by one thought: the horror of my other self.”