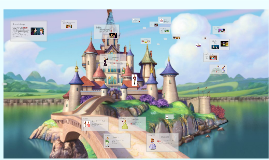 Transcript: A girl named Sofia - her mom marries King Roland II so she becomes Princess Sofia the First Adventures, hanging out with friends and everyday life Magical Amulet of Avalor Talk to animals, summon Disney Princesses Topics about sex drugs alcohol horror violence Pro-social Messages Characters Appeal Similarities and Differences Disney fans Familiar Disney Princesses Simple puns Sofia’s problem is solved when she invites Ruby and Jade to sing the anthem instead of her (about 17 minutes into the episode) The anthem ends with all three of them singing About the Viewers Cedric the Sorcerer Princess Sofia Becomes a princess after her mom marries the King of Enchancia Carefree personality Prefers power of the heart over physical appearances King Roland II & Queen Miranda Characters 3 acts situation is presented problem is introduced problem is resolved Help young people feel better about the world, and be nice to family, friends, animals, etc. Teach children to be good Do the right things and correct faults Characters Teaches children one thing in each episode Someone helps Sofia and her friends to solve their problems (teach them how) The educational messages are always written in a song (easy to remember) Examples: Belle from Beauty and the Beast Friends' feelings Actions are better than just saying sorry Mulan from the Disney film People are stronger than they know Believe yourselves and be brave to try Girls Sofia and the majority of her friends are girls Disney Princesses Princess Lessons Episode Story His spells often go awry Annoyed by Sofia saying “Cee-dric” instead of “Said-rick” Desires power Mischievous Not truly evil - doesn’t want to be made fun of by others Miranda was originally a shoemaker She was fitting King Roland for a new pair of slippers - love at first sight Caring, humble Episode Story Sofia’s friends from the village Loyal, fun, sweet, talkative, energetic How many scenes? Ruby and Jade We counted 19. We figure 19 scenes are used to move the story along quickly for young viewers. The scenes tend to be fairly short, which allows the young viewers to follow along with what’s happening and not lost their train of thought during a long scene. Characters Length of the Scenes Similarities: 3D animation Related to films Differences: Sofia: Related to Disney princess animated films Singing is included to tell story Cute, girly story and designs Star Wars: Related to Star Wars films How many acts? Act Breaks Characters Princess Amber Characters Princesses Animals Magic Group of friends Music and songs Appeal to girls? Boys? Sofia is chosen to sing the Enchancian anthem at the annual Harvest Festival During rehearsal, Sofia begins to croak like a frog (about 5 minutes into the episode) Sofia’s amulet has cursed her because she has done a bad deed Sofia realizes her bad deed was gloating about singing the anthem Educational Messages Would NOT have Children aged 6-9 (main character is an 8-year-old girl) Need to be educated and get positive knowledge about the world (Sofia learns how to be a good princess, and the young viewers learn to be better people in the real world) Sofia’s pet rabbit Helps Sofia be a better princess Sofia’s older brother and twin of Princess Amber Rule-breaker Easygoing Not vain like his sister B-Plot Lavish locations Magical element to the show Disney princesses to “guest star” All are easier to accomplish through animation without hurting the way live action would. Prince James Short scenes Not many longer than 2 minutes On average about a minute each, sometimes shorter Allows the young viewer to not lose interest in/track of the storyline Appeal to Parents Sofia’s older sister and twin of Prince James Didn’t like Sofia at first Can act very vain and spoiled Break between Acts 1 and 2: Sofia starts croaking Audience is left wondering what will happen to Sofia next “If” and “how” she fixes it Break between Acts 2 and 3: When Sofia talks to Belle Sofia says she knows how to fix the croaking Leaves the audience curious as to how she decides to fix it Using the Medium of Animation Clover Introduced after Sofia’s croaking starts Cedric is trying to steal Sofia’s Amulet of Avalor Asks to see it so he can “help” her Ongoing through the series Characters 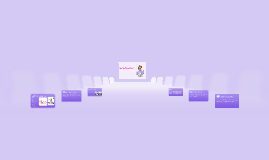 Transcript: Learning objectives Social development, learn about various outdoor activities, Leadership, compassion, kindness, helping others. Get kids to become excited about being the best they can be. Promotes Social development, problem solving Developmental Themes Setting & Format Sofia The First Mission Statement With the help of Flora, Fauna and Merryweather (from Sleeping Beauty) the headmistresses of the Royal Preparitory Academy, when Sofia is in her darkest hour after her mother marries King Roland and Sofia must figure out how to become a princess. Sofia learns looking like a princess isn’t hard at all, but behaving like one must come from the heart. She has the magical and incredibly powerful Amulet of Avalor that allows her to talk with animals. Critique The learning goals are presented, but they are often not clearly pointed out. They have suggestive themes behind them. Fauna Flora and Merryweather (Sleeping Beauty), Princess Hildegard, Princess Clio, Princess Vivian, Crackle, Wormwood the Raven, Goodwyn the Great, Professor Popov, Ruby Hanshaw, Prince Zandar, Jade, Violet, Constable Myles, Princess Jun, Minimus. Main Characters Recurring Characters Fairytale Kingdom Enchancia Animated show that aired on January 11, 2013 Educational Value By : Madison Csizmadia &Rachael Wallace Storyline There was a lot of critique of this show: The first "Latina" Princess Should every girl act like a "princess" Lack in clear themes for the show Gender Roles The stories will focus on the idea that what makes a real princess is what’s on the inside. The show will highlight character qualities such as kindness, courage, generosity, loyalty, honesty, and grace. Subjects such as sincerity and forgiveness are heavily focused on. This show definitely focuses on social development more than anything else The program focuses on building social and social emotional skills There is very little proof of any other kind of development Sofia Amber James Queen Miranda King Roland Cedric the Sorcerer Clover the Rabbit Baileywick Robin Mia the Bluebird 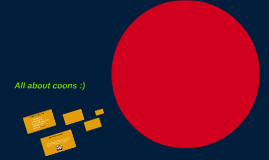 Transcript: All about coons :) There are currently 25 species of raccoons which includes the common raccoon, The Chesapeake Bay raccoon, eastern raccoon, and the red panda Species of raccoons A raccoon is a member of the mammal family, their scientific name is Procyon lotor What is a raccoon 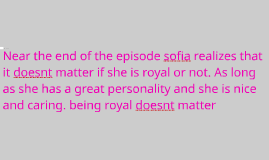 Transcript: Near the end of the episode sofia realizes that it doesnt matter if she is royal or not. As long as she has a great personality and she is nice and caring. being royal doesnt matter sofia is a new princess in the castle with her new brother and sister and her new dad she is nervous cause its a whole new life and she has a chance to live a different life but she thinks about how much she is going to miss her best friends ruby and jade because they have always been there for her and she doesn't want to leave them so at the same time she is happy and sad she is happy because she is gonna be in a better place with royalty and she is sad cause she has to leave her best friends behind 2 events: event, event 2, explain without a lot of detail. characters: protagonists and antagonist: names, description physical, mental, motional, and spirital social. designed by Péter Puklus for Prezi sofia the first in this show they try to say that no matter how hard it is you can still achieve it cause she was just a village girl and thorugh the night she became a princess and she didn't the rules of what it takes to be a princess so it was hard for her but she never gave up conflict: external or internal, man vs. man, man vs. machine, man vs. nature, man vs. himself, man vs. society, man vs. unknown Step 5 princces Sofia: nice, caring, active, and helpfull. princces Amber: kind of mean, lazy, and helpless. prince James: kind, caring, active, a bit helpfull, and funny. Sedr: mean, helpless, thinks about himself only, wizardik, and odd king and queen: caring, sweet, thoughtful and helpfull. resolution: solving the conflict. positively negatively, neutral. 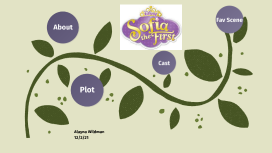 Transcript: Alayna Wildman 12/2/21 Sofia the First came out in November 2012 with 4 seasons About by Walt Disney Productions Genre and Awards The genre is fantasy, comedy, and musical. Genre and Awards Daytime Creative Arts Emmy award for Outstanding Sound Mixing and Sound Editing for a Preschool Animated Program 2017 Daytime Creative Arts Emmy award for Outstanding Music Direction And Composition 2015 Daytime Emmy Award for Outstanding Original Song – Main Title and Promo 2014 Plot Plot "Sofia the First" is set in a big kingdom called Enchancia. Sofia was married into the royal family after coming from the peasant town. It was a big change, she had to learn how to act like a princess and fit in with her family. Sofia gets gifted with an amulet that gives her the ability to talk to animals. She always tries to help the underdog because she grew up as the underdog. Sofia's family Cast (from left to right) Her brother, Prince James, Queen Miranda, mother, Sofia, King Rolland, step-father, Princess Amber, sister, Cedric, kingdom sorcerer Sofia's friends Sofia's friends (from left to right) Ruby, Sofia, Jade Sofia's Furry friends Sofia's pet besties Minimus is her pony, Clover is her best friend the rabbit, and the dragon is Crackle My Favorite Scene My favorite episode was when Sofia fought for the trolls rights into the kingdom. Everyone in the kingdom saw the trolls as bad guys and were scared of them. Sofia invited them to the castle for a stargazing party because they have never came out of hiding to see them. The kingdom ended up accepting them and they all partied and made music together. Fav Scene https://www.youtube.com/watch?v=JAaMXVigBuc 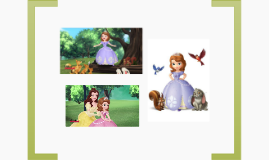 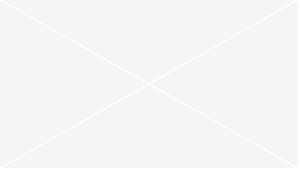 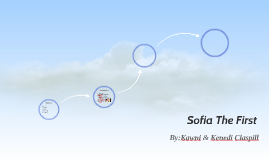