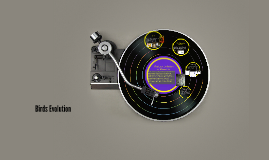 Transcript: Embrology of bird Adaptation You'll see several different types of bird, each with different beaks, coloration, body shapes, bill and different bird fill different niches (areas within the habitat) Birds Trats that are unique to them, such as feathers, hollow bones, a wishbone, and beaks paleontologists once supposed that the earliest bird, 150-million-year-old archeopteryx, represented a great evolutionary leap from dinosaurs Birds Evolution The Late Evolution of dinosaurs Fossils of early bird and their most immediate predecessors have been collected at an unprecedented rate from mesozoic-aged rocks worldwide. View was the similar shape of the bone of bird and a variety of manipulators but spectacular new discoveries have added other lines of evidence to the table. {definition: The bronch of biology and medicine concerned with the study of embrgos and their development.} moreover at any particulcr temperature its developmental stage can be accurately prodicted, thus larye numbers of embryos can be obtined at the sane stage. the chick embryo can be surgichlly manipulated and, since it form most of its organs in ways very similary to those of mammals, it has offen served as a surro While much of evolution still remains a mystery-given that modern birds seemingly came into existence between sixity-five and one hundred million years ago. This new study has brought forth some very unexpected relationships to help fill in the gaps of avian evolution DNA Evisocne for Evolution 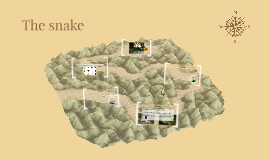 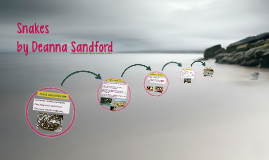 Transcript: What do they eat? - Snakes are reptiles, and like all reptiles they are cold blooded. - Being cold blooded means they can not produce their own body heat. - Snakes live on every continent expect for Antarctica. If they lived in Antarctica they would die by freezing. - Snakes can live in a lot of different habitats like deserts, rain forests and oceans. Snakes by Deanna Sandford Snake classification - Snakes are classified as Reptiles - They have scales as their skin. - They move around by slithering. - Snakes are carnivores. - Their diet consists of small mamals, amphibians, birds, fish and other snakes - Snakes can't bite food - Snakes don’t have eyelids. - Snakes can’t bite food so have to swallow it whole. - Snakes have flexible jaws which allow them to eat prey bigger than their head! - Snakes are found on every continent of the world except Antarctica. -Snakes have internal ears but not external ones. where do they live? Snake Video Fun Facts 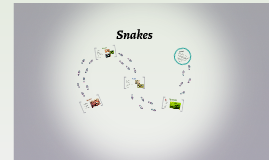 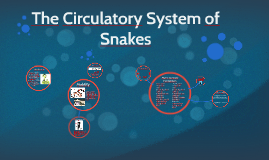 Transcript: When the blood reaches the tail of the snake, it passes through the kidneys before returning to the heart. This system is not in mammals, and are in many reptiles. Location of the heart Lung and Body Cardiovascular system Human Heart -4 chambers -2 aria (1. Receiving blood from lung 2. Receiving blood from body) -Divided ventricles by septum (separates oxygenated and deoxygenated blood) Conclusion The Circulatory System of Snakes Renal Portal System B: esophagus Receive blood E: heart Mobility Introduction: Body and Lung http://www.slideshare.net/MalinKjellin/human-fish-and-reptile-heart A lack of diaphragm allows the heart to move around in the ribs so no damage is inflicted from the esophagus when ingesting larger preys. http://www.peteducation.com/article.cfm?c=17+1831&aid=2974 F: Vestigial left lung G: Right Lung From the presentation, we can tell that human (mammals-warm blooded) and snakes (reptiles-cold blooded) have somehow similar but quite different circulatory system and structure of heart. Q: Right Kidney Send to ventricle separately BIBLIOGRAPHY K: Stomach ATRIUM no.2 http://www.shsu.edu/~bio_mlt/Chapter12.html Heart Anatomy Comparison Snake's heart locates just below trachea (A) http://en.wikipedia.org/wiki/Snake Heart: 2 atria and 1 ventricle Snake Heart -3 chambers -2 aria (1. Receiving blood from lung 2. Receiving blood from body) -Undivided ventricles (mix with oxygenated and deoxygenated blood) VENTRICLE Repeat http://www.reptilesmagazine.com/Kid-Corner/Beyond-Beginners/Snake-Anatomy-Cardiovascular/ Today, we will be sharing our result of the investigation on snake's circulatory system. And also discuss about how it is different form human's circulatory system. ATRIUM no.1 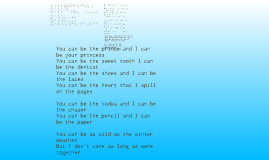 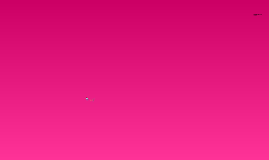 Transcript: The Sanke River By the awesome me The snake river is a major tributary to the Columbia River The Snake River is the 12th longest river in the U.S. It is 1,040 miles long The Snake River has steelheads, salmon, catfish, sturgeon and walleye. 15-20 million revenue from local businesses 15,000 tourist travel down this river for day trips and dinner cruises per year. There are 40,000 jobs that depend on the trade that happens in the river. there are 10 million commercial cargos each year The third largest grain export gateway in the u.s. #1 grain export in the u.s. #1 brain export in the u.s. #1 west coast wood exports #1 west coast minearel bulk exports #2 west coast auto imports The Snake River is a major river in the greater Pacific Northwest in the United States. It is the largest and longest tributary of the Columbia River, which is the largest North American river that empties into the Pacific Ocean. In the 1960s and 1970s the U.S. Army Corps of Engineers built four dams and locks on the lower Snake River to facilitate shipping. Flooding of 1973 It was the most severe sense 1927. The 1927 flood left a disastrous impact upon the entire 1,250,000 mile river drainage. The unprecedented rainfall began over the whole basin in late summer 1926, and didn't abate until the summer of 1927. The flooding began at Memphis in the fall of 1926 and it was late August of 1927 before the last of the flood waters flowed into the Gulf below New Orleans. The levee system was decimated with over 120 crevasses and 165 million acres were inundated. There were 246 fatalities and over 600 thousand people were made homeless. The total damage was estimated at $230 million. Much of the eastern half of the United States had above-average rainfall in March. Severe floods occurred March 7-9 and 15-16, with streamflow remaining high between the two flood periods in several streams in central Wisconsin. Rainfall on March 17-19 caused severe flooding from western Virginia to southwestern Mississippi. Maximum discharges at more than 100 streamflow-gaging stations in Tennessee and northern parts of Mississippi, Alabama, and Georgia were greater than the previous maximum of record. The discharge at one gauging station on the Tennessee River in Alabama was the largest since at least 1867. The storms that caused this flooding were widespread over much of the area east of the Mississippi River. Strong winds associated with the storms caused severe flooding along the shores of the Great Lakes with damage in Michigan, Ohio, and New York. The Snake River By the awesome Me The Snake River originates in Yellowstone National Park, Wyoming, at 9,500 feet and winds through southern Idaho before turning north to form the boundary between Idaho and Oregon. The Snake River is very famous Dead animals were everywhere, some in trees, mostly deer and cows, and other critters too weak to fight the rapidly rising water to find higher ground. Birds, mostly vultures, and other carrion eaters were feasting on these leavings.