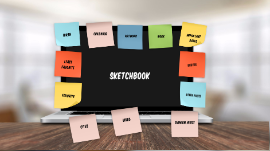 Transcript: Sketchbook Favorite Damien Hirst is probably one of my favorite artists we covered. I really enjoyed the simplicity of his spot paintings and the controlled chaos of his spin paintings. I really enjoy the pop of his color choices. The Physical Impossibility of Death in the Mind of Someone Living is probably my favorite, however, because of the simplicity of it. It looks very neat for it just being a tiger shark in a container. Least Favorite Frieda Kahlo is probably my least favorite artist we covered. Her artwork is really cool, I just don’t think its really for me. I like the messages she puts into her work, like in “The Wounded Dear”, she expressed her pain that she was feeling because of the surgeries in her work. I love messages in artwork, but I just don’t think that her style is fit for me. Birth Damien Hirst was born on June 7, 1965 in Bristol, England Childhood He was a very troubled child that got caught shoplifting twice His parents divorced and he lived with his mother Artwork The Physical Impossibility of Death in the Mind of Someone Living Flumequine Mickey Work His work is very controversial He includes dead animals into his artwork One main reason he likes including dead animals into his artwork is that he sees the beauty in science and enjoys stuff that is interesting and yet repulsive Important Dates In 1991 he had his first solo exhibit In 1994 he started his spot paintings In the 1980s-1990s he was a leading figure in the Young British Artists movement In 1988 he had his "Freeze" exhibit Quotes “Art’s about life, and it can’t really be anything else.” "In an artwork you're always looking for artistic decisions, so an ashtray is perfect. An ashtray has got life and death." "But the answer to how to live is to stop thinking about it. And just to live. But you're doing that anyway. However you intellectualise it, you still just live." "I always feel like the art's there and I just see it, so it's not really a lot of work." Other Facts He is one of the wealthiest artists alive today Blue Peter presenter John Noakes inspired him to try spin paintings Damien Hirst Video https://www.biography.com/artist/damien-hirst https://www.google.com/imgres?imgurl=https%3A%2F%2Fcdn.britannica.com%2F58%2F181658-050-5F2E6ACF%2FI-Am-Become-Death-Damien-Hirst-front-2012.jpg&imgrefurl=https%3A%2F%2Fwww.britannica.com%2Fbiography%2FDamien-Hirst&docid=9-g7Q7iMe-kOzM&tbnid=GPZpXML5-O9KvM%3A&vet=10ahUKEwjXjO_Lgb_lAhVLcq0KHQTYDX8QMwhdKAEwAQ..i&w=1600&h=1067&safe=active&bih=609&biw=1366&q=damien%20hirst%20facts&ved=0ahUKEwjXjO_Lgb_lAhVLcq0KHQTYDX8QMwhdKAEwAQ&iact=mrc&uact=8 https://www.tate.org.uk/kids/explore/who-is/who-damien-hirst https://www.google.com/imgres?imgurl=https%3A%2F%2Fupload.wikimedia.org%2Fwikipedia%2Fen%2F3%2F38%2FHirst-Shark.jpg&imgrefurl=https%3A%2F%2Fen.wikipedia.org%2Fwiki%2FThe_Physical_Impossibility_of_Death_in_the_Mind_of_Someone_Living&docid=0xjWOykRX21yXM&tbnid=jfneDqXQOU7OaM%3A&vet=10ahUKEwjXjO_Lgb_lAhVLcq0KHQTYDX8QMwiYASgvMC8..i&w=389&h=255&safe=active&bih=609&biw=1366&q=damien%20hirst%20facts&ved=0ahUKEwjXjO_Lgb_lAhVLcq0KHQTYDX8QMwiYASgvMC8&iact=mrc&uact=8 https://www.google.com/imgres?imgurl=https%3A%2F%2Fgagosian.com%2Fmedia%2Fimages%2Fartists%2Fdamien-hirst%2FgqP3vKls8VVP_585x329.jpg&imgrefurl=https%3A%2F%2Fgagosian.com%2Fartists%2Fdamien-hirst%2F&docid=b8Ik0KAWrFFGVM&tbnid=M7PY-Mo7expbaM%3A&vet=10ahUKEwjXjO_Lgb_lAhVLcq0KHQTYDX8QMwijASg6MDo..i&w=484&h=329&safe=active&bih=609&biw=1366&q=damien%20hirst%20facts&ved=0ahUKEwjXjO_Lgb_lAhVLcq0KHQTYDX8QMwijASg6MDo&iact=mrc&uact=8 https://www.theartstory.org/artist/hirst-damien/ https://www.google.com/imgres?imgurl=http%3A%2F%2Ff812741d99cee8866769-1eff6c2e5bc1acb4200996e1b293188f.r83.cf3.rackcdn.com%2F_2500xAUTO_crop_center-center_75%2FHirstD-Flumequine.jpg&imgrefurl=http%3A%2F%2Fparagonpress.co.uk%2Fworks%2Fflumequine&docid=3FIWbYCzhfPOfM&tbnid=eKzm11wlI1bgCM%3A&vet=10ahUKEwjty-en3b_lAhVCop4KHfcjCfIQMwhDKAEwAQ..i&w=2500&h=3228&safe=active&bih=609&biw=1366&q=Flumequine&ved=0ahUKEwjty-en3b_lAhVCop4KHfcjCfIQMwhDKAEwAQ&iact=mrc&uact=8 https://www.google.com/url?sa=i&source=images&cd=&ved=2ahUKEwjZk53V3b_lAhVERa0KHV8fBEwQjRx6BAgBEAQ&url=https%3A%2F%2Fwww.bluehorizonprints.com.au%2F%3Fattachment_id%3D201441&psig=AOvVaw1FjpPplSmWDAi9ttgegAVa&ust=1572378803973033 https://www.google.com/imgres?imgurl=https%3A%2F%2Fcdn.britannica.com%2F58%2F181658-050-5F2E6ACF%2FI-Am-Become-Death-Damien-Hirst-front-2012.jpg&imgrefurl=https%3A%2F%2Fwww.britannica.com%2Fbiography%2FDamien-Hirst&docid=9-g7Q7iMe-kOzM&tbnid=GPZpXML5-O9KvM%3A&vet=10ahUKEwiaqpHQ3sHlAhVxpVkKHT7RAeUQMwiGASgMMAw..i&w=1600&h=1067&safe=active&bih=609&biw=1366&q=damien%20hirst&ved=0ahUKEwiaqpHQ3sHlAhVxpVkKHT7RAeUQMwiGASgMMAw&iact=mrc&uact=8 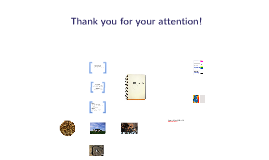 Transcript: We are symbols, and inhabit symbols. Ralph Waldo Emerson Thank you for your attention! an abstract idea; generalized notion Concept this follows the artists' digressions and internal journeys as they develop compositional ideas Function Sketchbook this focuses on the documentation of the external world and includes many such travel and nature studies and sketches recording an artist's travels. something used for or regarded as representing something else; a material object representing something, often something immaterial; emblem, token, or sign. Observation the kind of action or activity proper to a person, thing, or institution; the purpose for which something is designed or exists; role. A pad or book of drawing paper for sketching on. Symbols Invention 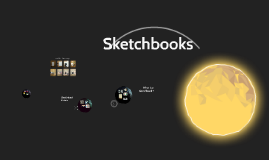 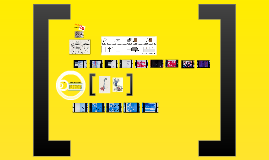 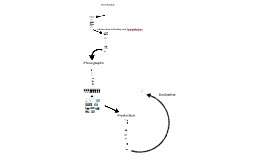 Transcript: All of the shots that were used in the composition were all taken on the same day, that way lighting conditions could be as consistent as possible. Any shots that may be in different lighting simply due to the situation they were shot in, can be fixed with colour correction thanks to Magic Lantern, but an attempt was made to make sure the lighting was as similar as possible, to make everything look as consistent as possible. The shots were taken on a clear day, so an ISO of 100 was used for all of them. This helps to reduce any grain in the shots. This matte painting shows a great contrast of light and dark. Outside the city walls in the foreground the landscape looks gloomy, but inside it looks bright and friendly. Influence: Romanticism This image was taken with the exact same settings as the last one, showing a clear advantage of shooting everything on the one day. Process Process Calum Fisher 40087941 Photographs In contrast, this picture shows off the slums of a Victorian city. Notice the cramped area and very cheap looking buildings. The creator of the picture made the sky dark, which helps to emphasize that this is not a good place. The tower and rocks were taken from their source by using the Magic Wand Tool. They were then put in place by overlapping the rock over the Tower This shots includes two chimneys to be used in the composition. Due to the distance, this was shot with a 20mm Wide Angle lens and a shutter speed of 1/30 was used. It is important to organise and name your layers. At the start of the project I basically just made a layer and then ignored it, but it became a nuisance to manage properly so I took the time to organise everything and it made everything much better to work with. Planning is key, if you jump straight into something just thought up, then you may end up missing some important features. For example, the idea of the temple was thought up during the planning stage, if I didn't go through that process, there would be no temple. I also learned some helpful Photoshop techniques such as the helpfulness of masking. Calton Hill Monument What was learned 8 Pictures of the city were taken from Calton Hill, by swiveling the tripod slightly, every time a picture was taken. A shutter speed of 1/60 was used to make sure less light in. Process This perspective picture shows the sketch in more detail. The rule of thirds is used with the tower, to help draw attention to it more. A temple has also been added in the background, to give more of an allure to the composition Process This matte painting utilities the Rule of thirds, where and important element of the piece matches the intersecting point of the equally space guidelines. This gives the piece more depth than a bland matte painting where the important element is in the center of the screen. The bridge was then added by masking it with the rock o the right, to help it fit in more. The brightness and the levels were then adjusted to make the bridge match the lighting conditions of the surrounding objects. The bridge and the tower look very grand to help emphasize that this is the rich area. Information Gathering and Preproduction The end goal of this module is to create a lifelike looking composition, which follows a particular style Sketchbook Process Another location was the streets surrounding Napier Universities Merchinston campus. Like Calton hill, it also had interesting looking monuments, as well as some nice older looking buildings. Colour sorted folders were used to make everything look much more organized, as well as being easier to work with. Test Shots What would be done different next time Introduction Inspiration This shot was used to find a good substitute for a texture, to blend with some parts of the city, so the shadows were not a problem here. These were taken with the same settings as the previous shot, except for a slightly lower shutter speed of 1/20. City Process The Sketch using the vanishing point with a view of the ocean in the background A Canon EOS 7D DSLR camera was used to take the photographs. Magic Lantern was used to take the photographs in a RAW format, which has great quality and allows for detailed colour correction. The rock in front was added and then a texture of another rock was blended using hard light, so that the rock kept the same shape but had a more rough texture Idea The Romantic era was very popular during the Victorian era, so it is very fitting to use some aspects of it in this piece. The style is designed to produce high emotion from the viewer, such as awe. Therefore it includes lots of exaggerations, which have been designed to be incorporated into this piece. This old photograph shows a rich part of Victorian London, showing off the complex Designs Some more additions to the rich area could maybe be added, such as a horse and carriage, to continue to emphasize that it is the rich and grand part of the matte painting. More objects could have been used to simply make the world 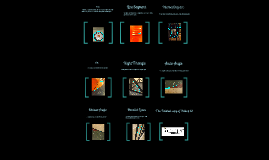 Transcript: Circle Arc Right Triangle Acute Angle Obtuse Angle Parallel Lines The Finished copy of PitStop #2 That part of a circle that lies between two lines that intersect it. Lines that do not intersect and do not share any points. Parallel lines are equally distant from each other. An angle that measures more than 90° but less than 180°. A portion of a line that has a beginning and an end. A line segment can be measured. Line Segment An angle that measures more than 0° but less than 90°. A triangle that contains exactly one 90 degree angle the set of points on a circle that lie in the interior of the circle A circle is a curved line that is the same distance from the center all the way around and connects at the point where it began. Intersecting arc 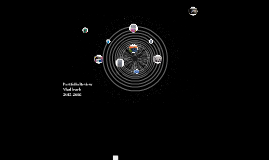 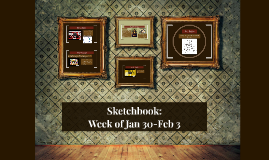 Transcript: Principles of Design: These are the guiding concepts or "rules" of how to put a picture together to achieve a pleasing result. Technical Tuesday Throwback Thursday 10 Worst Things That Have Happenedo the MonaLisa 1. War 6. Theft 2. Rocks 7. Restoration 3. Paint 8. Burning Acid 4. Humidity 9. Insects 5. Coffee Mug 10. Augmented Reality Free Friday Draw a piece of cake and make it look delicious. Wordy Wednesday Masterpiece Monday Sketchbook: Week of Jan 30-Feb 3 How does color effect you? How do we see color? Draw the eye diagram. Why do we need art? The Mona Lisa is a half-length portrait of Lisa Gherardini by the Italian Renaissance artist Leonardo da Vinci, which has been described as "the best known, the most visited, the most written about the most sung about, the most parodied work of art in the world". Artist: Leonardo da Vinci Dimensions: 2′ 6″ x 1′ 9″ Location: The Louvre (since 1797) Created: 1503 Media: Oil paint Periods: High Renaissance, Renaissance List the Principles of design Draw an example of one of the principles mentioned in the video. The Mona Lisa