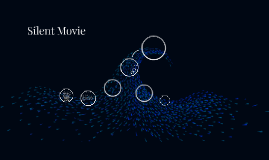 Transcript: Charlie Chaplin It is the American who began the silent movie. Thomas Edison the inventor of the phonograph have created the first movie Silent Movie Charlie Chaplin was a famous british actor, film maker and composer who rose to fame in the silent era. Quickly Chaplin became famous through the world. Silent movie 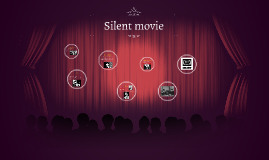 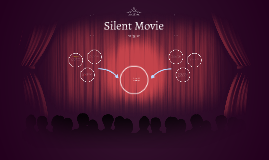 Transcript: The early film industry was centered around New York and Chicago. 1909 William Selig built the first permanent filming studio in L.A. If you were acting you got well paid even in a silent movie you got about $500 a month and some got more. The first was made in 1903 and the silent films were made in 1920`s. The last complete silent move was made in 1931. Thanks for watching There were many types of film around the silent movie time. And they ranged from history, literature and mythology to modern day events social events. Silent Movie When they were around Charlie Chaplin made his first film in 1914 and he made 35 short films in his lifetime. In 1916 his pay jumped up from $125 a week to $10,000 when he signed with the mutual film corporation. Silent movies did have sound like music soundtracks and some had orchestras in the theater. 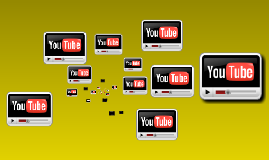 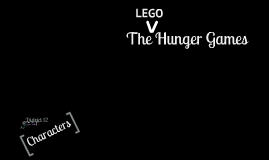 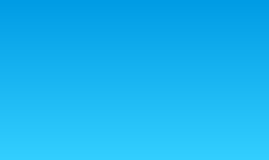 Transcript: Plot Characters Comic Stuff The Appartment 4. Boy dumps his piggy bank out on the counter. The Sales Woman gives him an annoyed look. She begins counting out money. 3. Boy meets Hobo in the carpark Setting: 1. Enter with a shot of the piggy bank being plunked on the counter - agian. 3. Boy turns a corner, and runs into the Hobo, sitting at the base of the wall. He is so surprised, he jumps about a foot in the air and falls over. (Background characters) 2. Boy is afraid of the consequences and runs away. 4. He grabs his piggy bank and a bag of candy, ties them up in a cliched little hankerchief, puts that over his shoulder, and heads out the door. (The Great Loser) 1. Boy admits defeat: He can't fix the vase. Morning. The Saleswoman being steriotypically unhelpful. Hobo Camp by the lake. 9. His mom comes in the door, he waves, and knocks over the vase again. The Boy overreating to everything, A Nosy sales woman. Fairly paranoid. Setting: 5. Several fades and shots of the Boy looking bored later, the Sales Woman rings up the sale, and the boy departs with the rest of his money and the vase. (Background Character) Vase Store Examples: 7. On the way home, the boy gets knocked into and drops the vase. Friends The Appartment, The Afternoon Boy 1. Boy walks into the vase store, and instantly recieves an annoyed look from the Sales Woman. In-Scene Plot: The Hobo Camp Vase Sales Woman The Hobo acting overly drunk, In-Scene Plot: In-Scene Plot: 2. Boy is afraid of the consequences and runs away Examples: Hobo Setting: 2. The Sales Woman glares at the boy, gets another vase, and proceeds to glumly count the money. In-Scene Plot: The End 2. A stray jogger bumps into him. 1. Boy gets downstairs, steps into the carpark, and sets out on what seems to be a great journey. 1. The boy leans on the table, tired. Community The Appartment. The Hobo isn't very bright, and doesn't think too much, and generally just goes with the flow. 2. The boy decides to have some fun. He runs around the house, doing what he wants. Ex: Eating sweets, jumping on beds. 3. He works himself into a state of fear, and decides to run away. Setting: 4. The Mother puts her hands on her hips. Like in the cartoon 'Tom and Jerry', the mother's face will always be out of camera frame. This is to add comic effect, as well as the effect of the mother being much taller than the Boy. Family In-Scene Plot: 1. The Mother goes out for a girl's day out. In-scene Plot: 3. The boy ends up playing baseball inside. The ball hits his mother's favorite vase. 8. Boy Buys a new vase, and returns home. 1. After the incident with the physical comedy, the boy decides that the life of a Hobo is not for him. (In which pratfalls have a key role.) Exaggerations The carpark outside the appartment building. Vase Store (Ex: Taping it, gluing it, hiding it under a rug.) 1. The Boy hurries the appartment, clutching the vase. Slapstick/Physical Comedy 5. Boy realizes that he wants to go home. Setting: 3. He loses grip on the vase, and it falls and breaks. 6. Boy Buys a new vase so his mom won't know he broke the old one. Setting: Appartment / Boy's imagination Your steriotypical hobos. Beer bottles, dirty clothes, missing teeth, ect. Maybe one has a duck on his head. Why it's there, no one knows. Random comedy. 4. The Sales Woman waits untill he's gone, before putting out the 'closed' sign, shutting the door, and collapsing in her chair. 1.Boy Breaks his mother's Favorite Vase He imagines her and sending him to the corner with a dunce cap on. 2. The boy sets the vase on the table, cleans up the other vase, puts the flowers into the new vase, and sets it up. Sidewalk (Protagonist) 3. The Boy stands, waves, and knocks the vase off the table. Setting: Setting: He imagines her feeding him castor oil. Examples: 2. He talks to the Hobo, who has a plan. In-Scene Plot: The Mother 5. The boy stares Incredulously at the vase, then at the camera. He puts his face in his hands. 3. Boy says, "Why didn't I think of that?" and leaves the camp. The Other Hobos being steriotypical hobos, Other Hobos The Hobo acting drunk and staggering around, 1. Boy is walking home, looking pleased with himself. The Boy is very dramatic, and has a tendency to overreact to everything. Mom 2. He plunks the piggy bank onto the counter. "One vase, please." 4. Boy looks horrified. 3. A fade in later, the Woman hands the boy the vase, which he tucks securly into his jacket and leaves. Setting: 9. Boy carefully sets up the vase before his mom comes home. Setting: 4. The boy tries desperately to fix it. 2. The Mother opens the door, comes in, and sets down her purse. 2. He begins to imagine all the awful things that his mother will do when she finds her favorite vase broken. 1. Boy meets other Hobos The Boy tripping over his own feet, (Important background figure) Exaggerations 2. Section of meeting the hobos, and physical comedy. 2. Que montage of boy running around, jumping over things, climbing walls, and generally acting 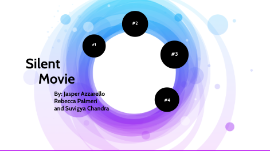